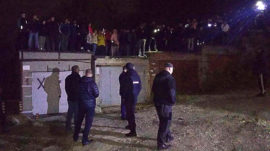 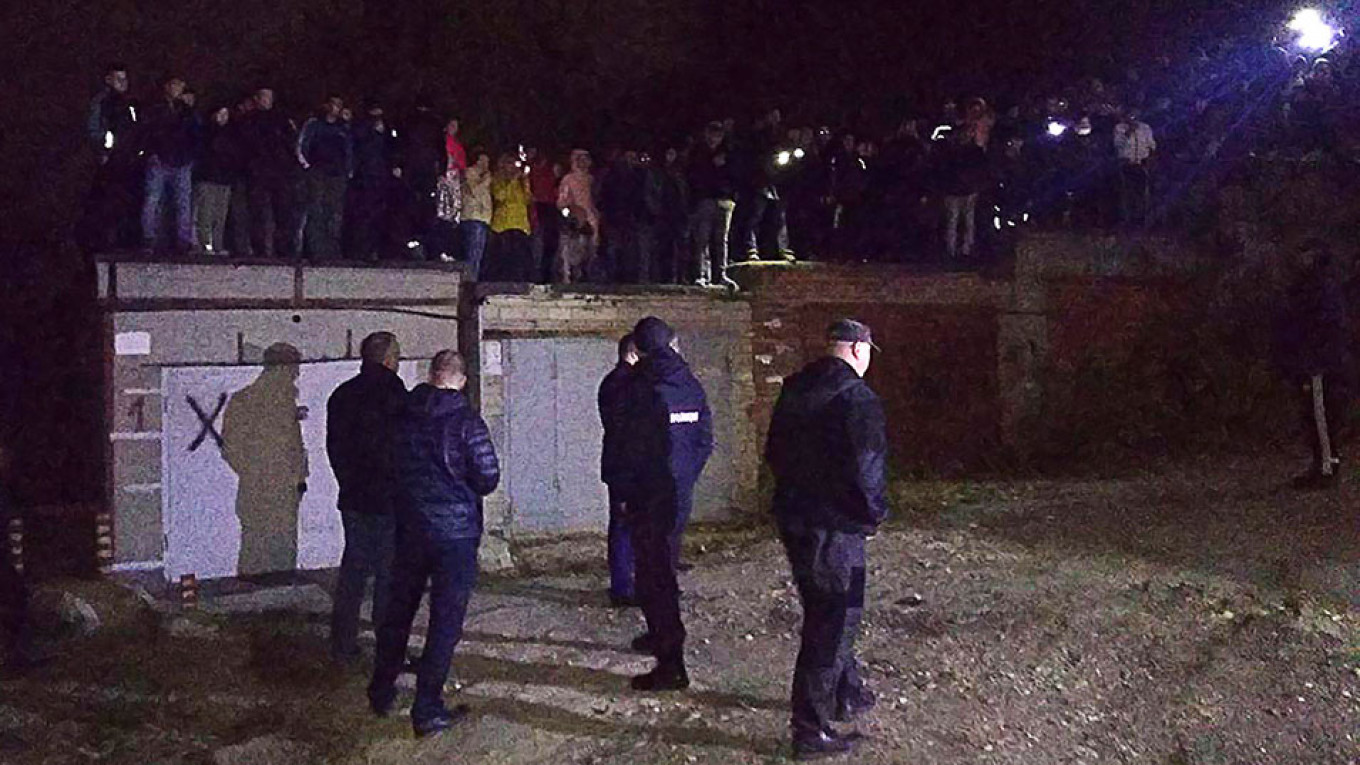 Residents took to the streets of a southern Russian city to demand that police give up a suspect in the murder of a local schoolgirl for extrajudicial punishment, news outlets have reported.

The 9-year-old’s body was found Thursday in the city of Saratov a day after she disappeared on her way to school. Police detained a suspect, said to be a 36-year-old man with a criminal record who confessed to killing her in a video published by the Investigative Committee.

Dramatic footage shared by local media showed a nighttime standoff with law enforcement authorities. Angry protesters were seen encircling a police car where the suspect was thought to be held and throwing rocks at masked officers armed with shields.

The crowd then moved to the Saratov police station and demanded that the murder suspect face extrajudicial punishment, the independent Novaya Gazeta newspaper reported.

Alexander Bastrykin, the head of Russia’s Investigative Committee, has dispatched a team from Moscow to assist in the investigation.

Russians Are No Longer Scared to Protest

The spontaneous protests are another instance of the wave of protest fervor that has swept the country in the past year or so. Citizens have taken to the streets in support of an anti-Putin shaman charged with extremism, as well as to rally against government climate change policies and the construction of a controversial landfill.