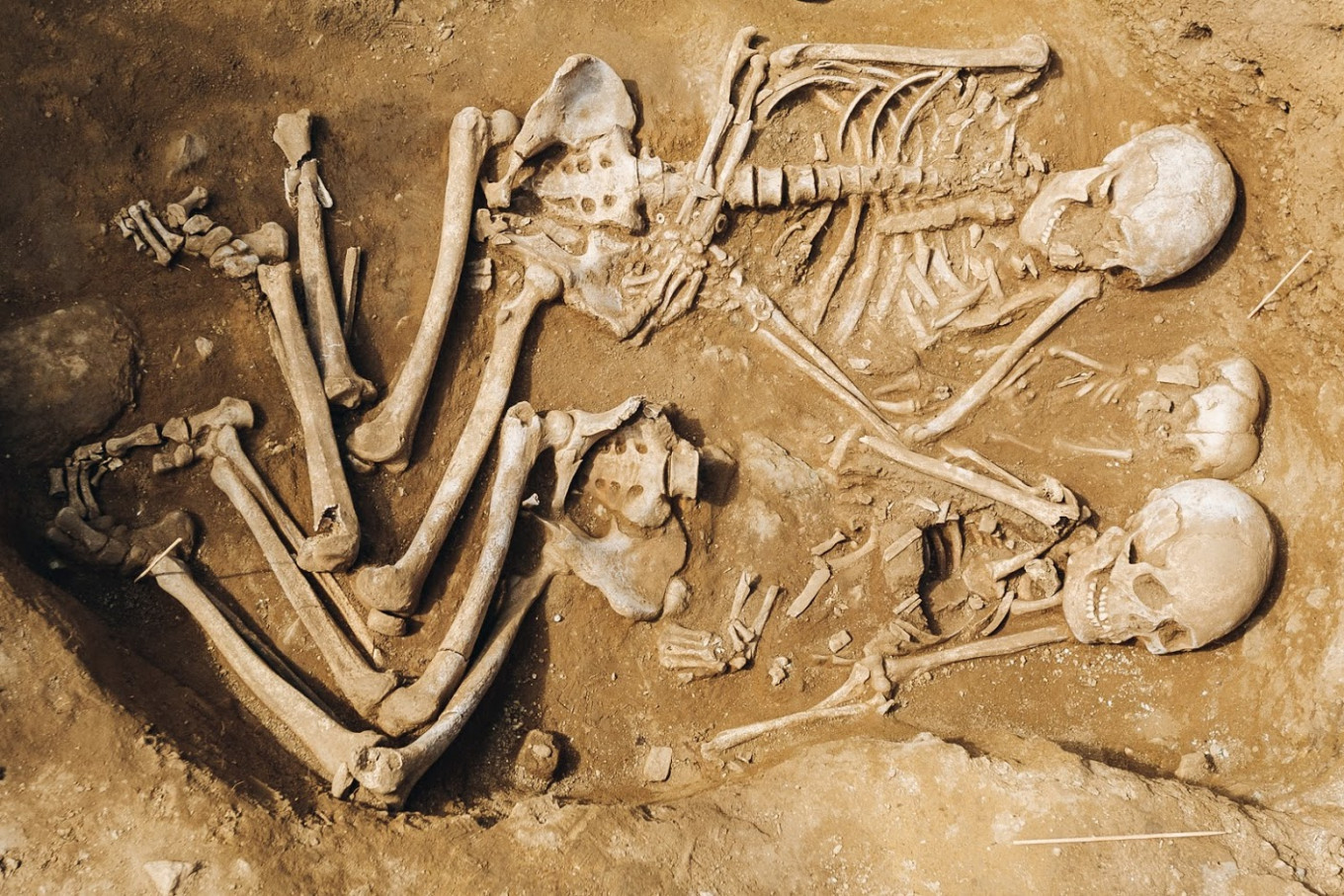 A resident of Siberia has unearthed an ancient grave that could be part of a burial ground dating back 7,000 years, Russia’s Academy of Sciences (RAS) said Wednesday.

The unnamed man stumbled on the finding in May while digging his garden on the outskirts of Ulan-Ude, the capital of Russia’s republic of Buryatia some 5,600 kilometers east of Moscow. Since then, scientists from the RAS institute of Mongolian, Buddhist and Tibetan studies have dated the burial to the Neolithic period.

The skeletons of three individuals — two adults and one child — were found laid in a similar pose, with the adults’ knees bent and all three looking in the same direction. One of the adults had a white stone ring on the skull and shell bracelets on the wrists.

“They were of course entombed according to burial rites,” the institute’s researchers Prokopyi Konovalov and Natalya Tsydenova told the RAS’ Siberian publication.

The scientists determined the approximate age of the skeletons based on their ornaments and the positions in which they were buried.

Konovalov and Tsydenova said they plan to identify the individuals’ specific age and gender through carbon dating and other types of analysis.