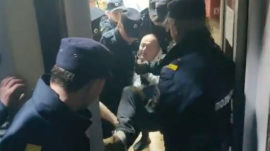 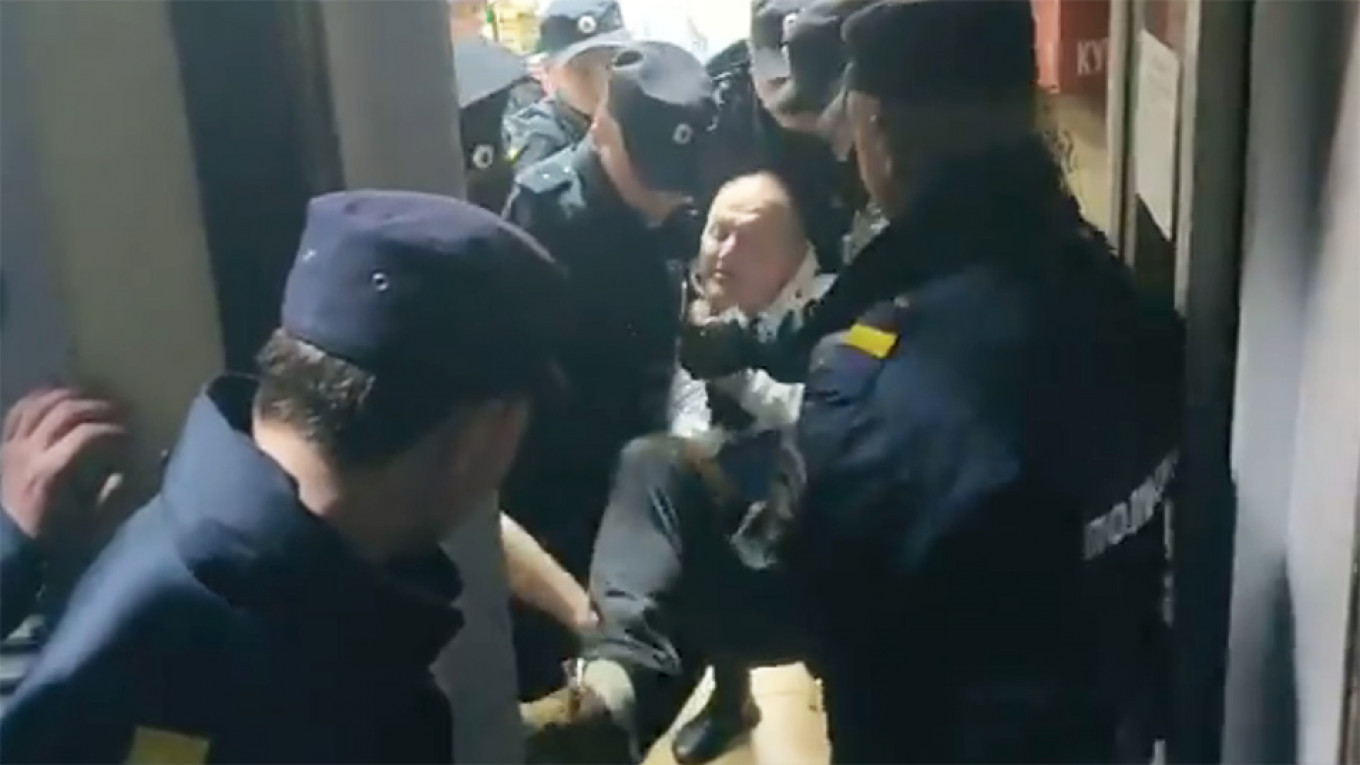 Police in St. Petersburg have been filmed dragging a local election monitor out of a building as observers accuse officials in Russia’s second-largest city of staging the “dirtiest” campaign in the country.

No official results have been declared in the five days since St. Petersburg held the municipal vote, leading some election commission members to claim that officials there are preparing falsifications. Election-day footage showed one observer being punched after flagging potential violations and reports said at least two commission members had been attacked Sunday.

A video posted late Thursday showed police officers dragging municipal deputy Ilya Shmakov from one of the St. Petersburg commissions as he accused them of “complicity” in allegedly falsifying election results there.

“I’m defending democratic elections,” Shmakov said as five officers carried him out of the building.

News outlets have singled out St. Petersburg’s vote as “the dirtiest” out of the dozens of Russian cities and regions that staged local elections Sunday.

In Moscow, opposition leader Alexei Navalny claimed his tactical voting strategy succeeded in ousting pro-Kremlin incumbents from the City Duma after election officials barred several of his allies and other opposition candidates from running.