Culture | The Moscow FSB Shooting: What We Know So Far
RssMail

The Moscow FSB Shooting: What We Know So Far 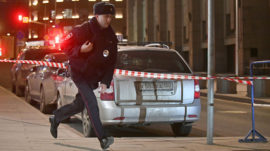 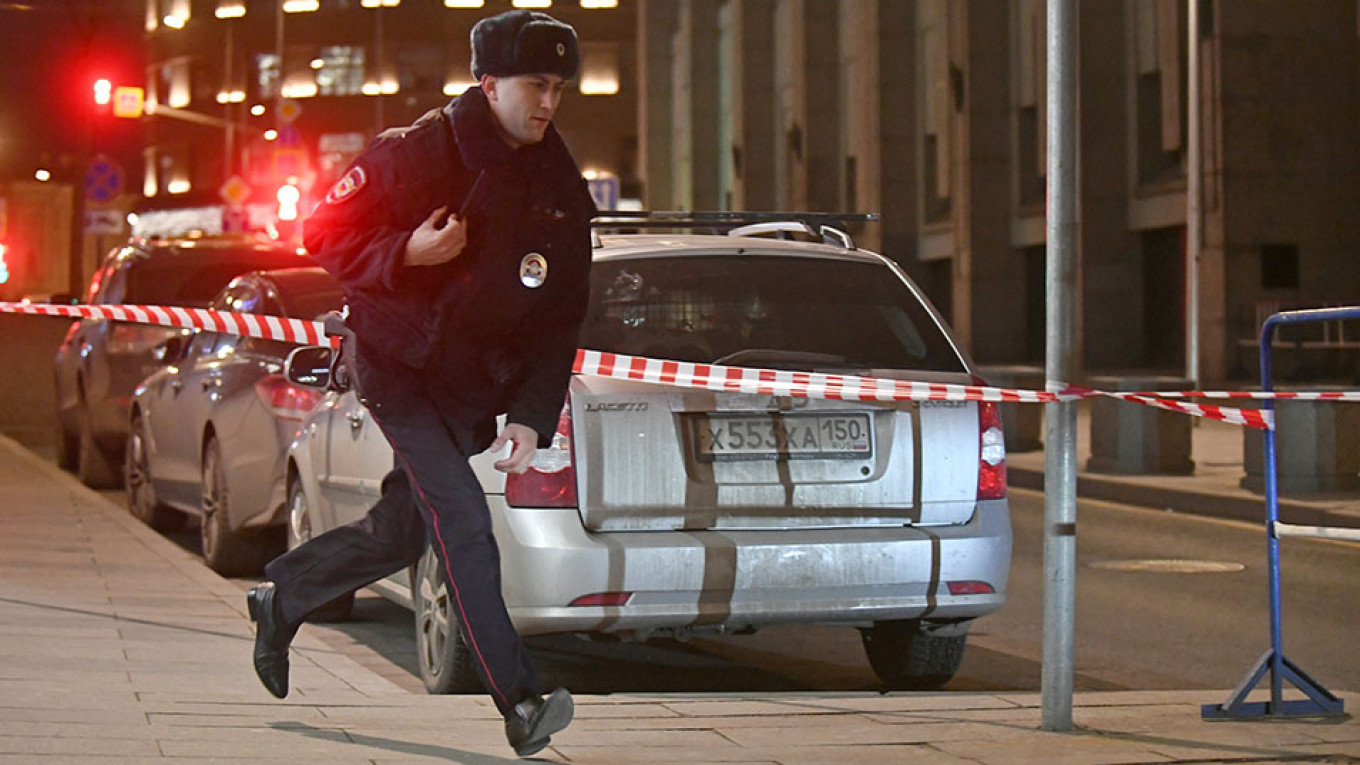 A gunman opened fire at Russia’s Federal Security Service (FSB) headquarters in central Moscow on Thursday evening, killing one officer and wounding five others, including one civilian.

An unverified video depicted officers exchanging gunfire and appearing to kill the alleged shooter behind a column. Other videos showed the FSB building being sprayed with gunfire and the moment a black-clad man resembling an officer was hit while running from a column to a parking lot.

Here’s what we know about the shooting in the heart of Moscow as of early Friday:

— The gunman opened fire near the entrance of the FSB headquarters on Lubyanka Square, a busy shopping district popular with tourists. He killed one FSB officer and wounded five other people, including one civilian.

— The FSB said the lone shooter did not enter the building.

— AFP correspondents heard gunfire continuing after the FSB announced that the shooter had been “neutralized.” Reuters said their reporters heard several gunshots followed by what sounded like an explosion.

— Yevgeny Manyurov, 39, a native of the Moscow region town of Podolsk, according to the Ren TV news channel.

— “He simply hated the FSB. I don’t know why but he did,” Manyurov’s mother told the Baza telegram channel.

“He worked for various security firms in the last few years, but he had quit all of them,” Manyurov’s mother told Komsomolskaya Pravda. “He was recently unemployed and communicated with some Arabs on the phone; I didn’t understand anything since he spoke with them in English.”

— The Baza Telegram channel said Manyurov had allegedly told his mother on the day of the deadly incident that he was attending a shooting practice. “I’ve noticed he’s been kind of agitated lately,” Baza cited his mother as saying.

— Manyurov’s father told the 112 Telegram channel that his son might have been “zombified.” According to his father, Manyurov spent time working as a security guard at the United Arab Emirates’ Embassy, where he reportedly started to develop an “eastern” accent.

— Reuters reported that Russia‘s FSB security services searched Manyurov home in the town of Podolsk in the Moscow Region in the early hours of Friday morning. Manyurov reportedly lived with his mother in a five-storey Soviet-era apartment block.

— Graphic photographs published online after the incident showed the alleged shooter’s body with a semi-automatic rifle, a non-lethal handgun and a combat knife lying nearby.

What was the response?

— Russia’s Investigative Committee, a unit that investigates major crimes, opened a criminal investigation into an attempt on the life of a law enforcement officer.

— Around the time of the attack on Thursday evening, Putin was 1.5 kilometers away, attending a gala marking Russia’s security services day, a professional holiday that celebrates the employees of agencies including the FSB every Dec. 20. A few hours earlier, he took questions at his annual end-of-year press conference.

— An unnamed source close to the FSB told Reuters the shooting may have been timed to coincide with Putin’s speech at the gala in the Grand Kremlin Palace. The Russian president opened his speech with a call to fight terrorism.

— The shooting may accelerate reshuffles at the FSB, Kommersant cited unnamed high-ranking government sources as saying.

Russian Poachers Are Going After Musk, the ‘Gold of Siberia’Son of Russian Spies Wins Case to Remain a Canadian Citizen