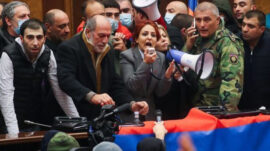 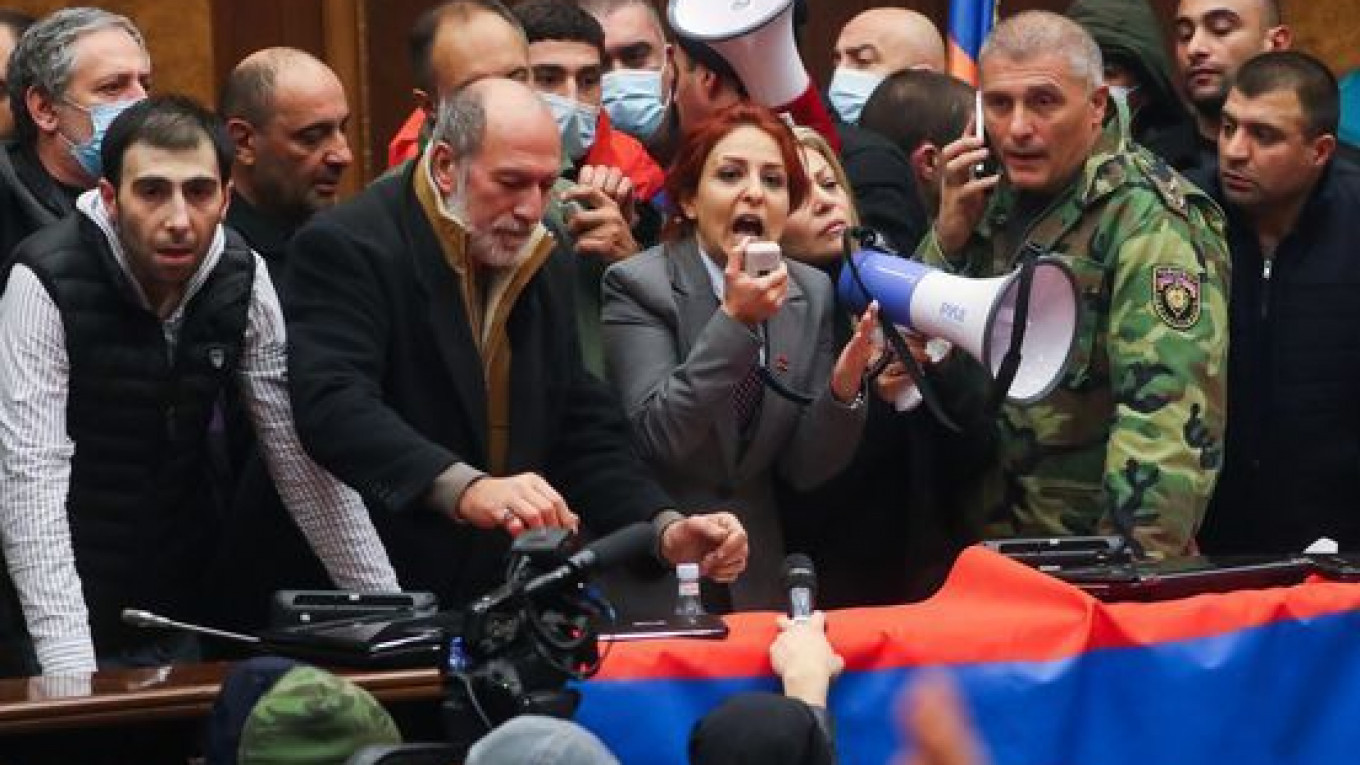 Thousands of furious protesters rallied in the Armenian capital for a fourth day running on Friday demanding Prime Minister Nikol Pashinyan resign over a controversial peace agreement with Azerbaijan.

Pashinyan announced the Moscow-brokered agreement Tuesday, ending more than six weeks of intense fighting over the disputed region of Nagorno-Karabakh that left at least 1,400 dead and displaced tens of thousands.

Armenia agreed to cede parts of the region to Azerbaijan as well as other territories controlled by Armenian separatists since the 1990s.

The decision sparked fury in Armenia, where demonstrators stormed and ransacked government buildings and have since staged daily demonstrations in Yerevan, demanding that Pashinyan step-down.

“Who are you to give up our lands, you had no right to do this!” Artur Beglarian, one of the demonstrators who was wounded in action in Karabakh, shouted through a loudspeaker.

“Our soldiers were fighting heroically,” he said, addressing the crowd from a wheelchair.

Vardan Voskanyan from the opposition Homeland party said: “The man who signed this agreement has no right to live in our country.”

“We need a leader who will change this shameful agreement for the better.”

Prosecutors have charged the politicians — including Gagik Tsarukyan, leader of the Prosperous Armenia party, and Ishkhan Sagateyan of the Dashnaktsutyun party — with creating “illegal violent mass disorder.”

They were arrested Thursday and face 10 years in prison but lawyers said their clients were released after courts ruled there was no reason to keep them in detention.

Nagorno-Karabakh declared independence from Azerbaijan nearly 30 years ago but it has not been recognized internationally, even by Armenia.

Fighting between Azerbaijan and Armenian separatists erupted in late September and persisted despite efforts by France, Russia and the United States to broker ceasefires that collapsed as both sides accused the other of violations.