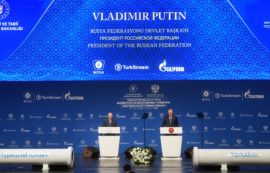 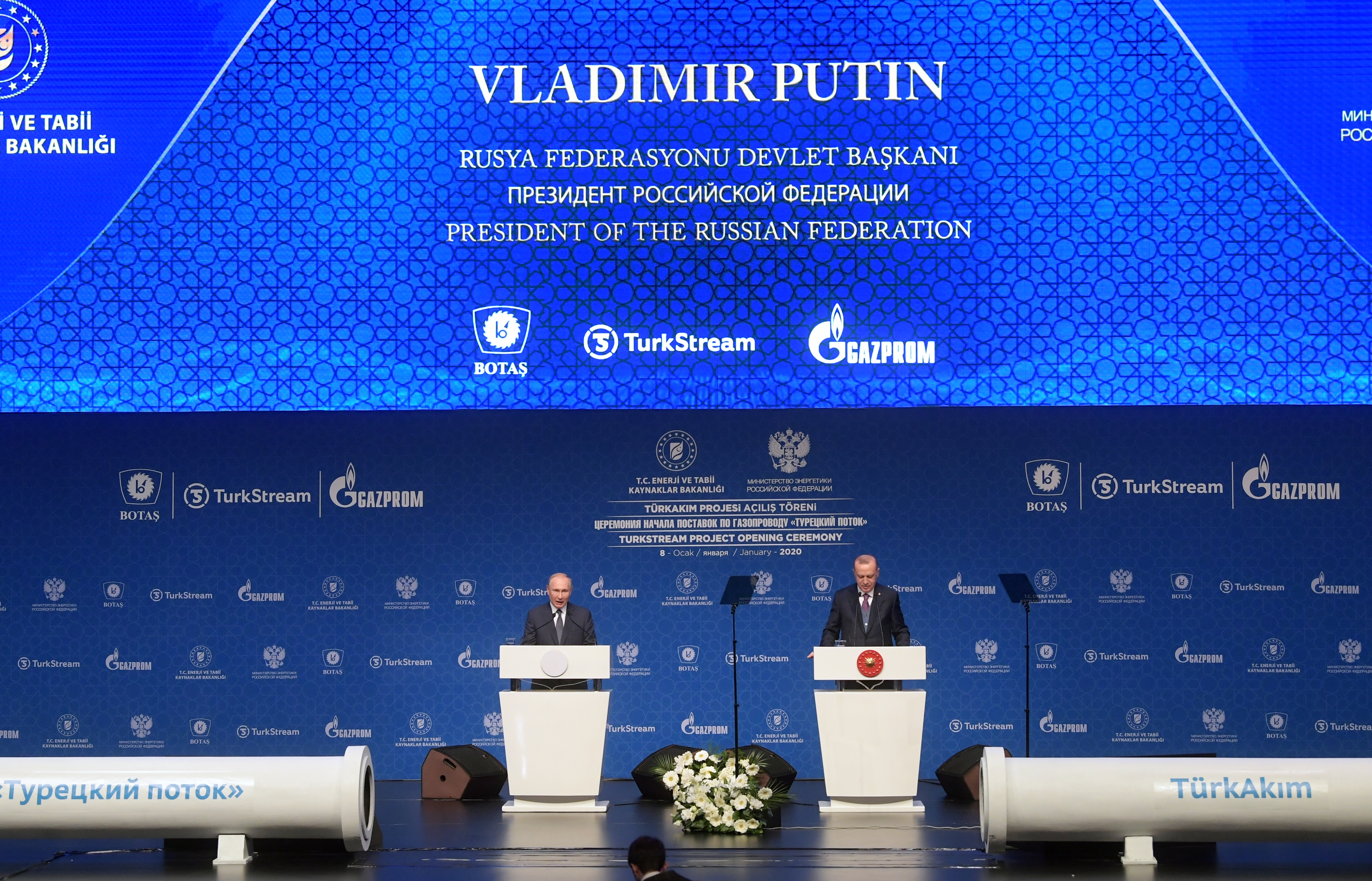 Gas supplies via TurkStream will help strengthen energy security in Turkey and Europe.

TurkStream, which is laid in the Black Sea, is a link between the gas transmission systems of Russia and Turkey. The gas pipeline has two strings with a combined throughput capacity of 31.5 billion cubic meters. The first string will deliver gas to Turkey, while the second string is intended for gas transit to southern and southeastern Europe through Turkish territory.

The pipelaying for TurkStream took 15 months and was completed ahead of schedule in November 2018. The construction of the receiving terminal near the Kiyikoy settlement in Turkey was finished in 2019.

The starting point for feeding gas into TurkStream is the Russkaya compressor station (CS), which forms part of Russia’s Unified Gas Supply System and is located near Anapa. With a capacity of 224 MW, the CS maintains the pressure required for transmitting gas along the pipeline’s two strings through more than 930 kilometers up to the Turkish coast where gas enters the receiving terminal.

The TurkStream project is unique from a technological standpoint: for the first time ever, a pipe of 813 millimeters in diameter was laid at a depth of 2,200 kilometers.

At every stage of the project, including the operation stage, the highest standards of safety, inter alia environmental safety, are observed. Continuous environmental monitoring is performed.

“The launch of TurkStream is a history-making event. Firstly, taking into account exports via Blue Stream, we have paved the way for direct transit-free supplies to fully meet Turkey’s needs for Gazprom’s gas. Secondly, Europe now has a new and reliable route to receive Russian pipeline gas.

There is no doubt that, thanks to all of this, our cooperation with our Turkish and European partners is shifting to a new level and is going to help improve energy security in the region,” said Alexey Miller.