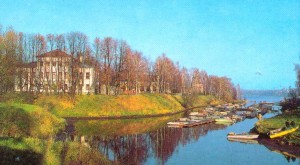 It is hard to notice the moment when in enters the Volga, along the banks of which the constellation of the old Russian towns is situated. One of them is Uglich, which is the port of call of the ship on the way to the capital of the Russia. The ancient manuscripts recreate the events of the 10th century, when this town was founded. Up to the 12th century it was part of the old-Russian Kievan principality, but in 1323 it was joined to the Moscow lands by the Moscow prince Ivan Kalita. Uglich is prominent in the Russian history mainly for being the place of death of the young son of Ivan the Terrible.
The tragic end of the tsarevich opened up the way to throne to Boris Godunov. Modern Uglich is involved in watch-making and in scientific activities. It’s part of the so-called “golden ring” of the ancient Russian towns round Moscow.