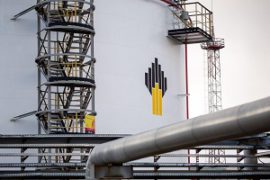 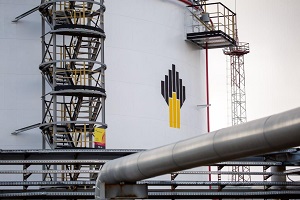 Verkhnechonskneftegaz JSC, a subsidiary of Rosneft Oil Company, has extracted the 70-millionth tonne of oil at the Verkhnechonskoye oil and gas field. Its 400 wells ensure the daily output of approximately 21,500 tonnes of oil. The pilot operation at the field started in 2005, and since 2008 the Verkhnechonsk oil has been delivered through the main oil pipeline system.

Due to the geological conditions, the exploration of reserves of the unique Verkhnechonskoye field requires advanced technology.

The Verkhnechonskoye field is equipped with the entire necessary infrastructure for the production and treatment of oil for the market. The capacity of the external oil transportation system is 10.5 million tonnes per year, while the reservoir pressure maintenance system amounts to 21 million m3 of water per year. Own gas turbine power plants with a total capacity of more than 90 MW and 615 km of high-voltage power lines ensure the autonomous operation of the oil field. There are 385 km of roads laid in the field.

In 2018, the Company launched a gas project to inject associated petroleum gas into an underground storage facility for subsequent use.

There are over 3,000 shift employees of Verkhnechonskneftegaz and contractors working in the field at a time. For their comfortable accommodation, a shift camp with a high level of social and domestic services is equipped.

Verkhnechonskneftegaz JSC is developing the Verkhnechonskoye oil and gas condensate field, one of the largest in Eastern Siberia, located in Katangsky District of Irkutsk Region. Beijing Gas Group Company Limited from China has been holding 20% of the VChNG shares since 2017.

In addition, Verkhnechonskneftegaz is operating the license areas of Rosneft Oil Company in Irkutsk and Krasnoyarsk Regions.