Culture | Why Did So Few Novels Tackle the 1918 Pandemic?
RssMail

Why Did So Few Novels Tackle the 1918 Pandemic?

The setting is a troopship a few days out of New York City and bound for France. It’s summer 1918. “That night the Virginian…had an alarming attack of nose-bleed, and by morning he was so weak that he had to be carried to the hospital. The Doctor said they might as well face the facts; a scourge of influenza had broken out on board, of a peculiarly bloody and malignant type.” Published in 1922, One of Ours by Willa Cather was awarded the Pulitzer Prize for its tender portrayal of a Nebraskan who fought in World War I. It also stands out as the first extensive depiction of the pandemic by a major American novelist.

Despite its vast toll, the pandemic was never a big theme in American literature—an absence the historian Alfred Crosby calls “puzzling.” But a few leading writers who lived through it created accounts that remain vivid in ways a medical journal can never be. Thomas Wolfe witnessed the suffering at his mother’s boardinghouse. In his 1929 autobiographical novel Look Homeward, Angel, the protagonist’s mother says, “They have all been down sick with the flu…It seems to get the big strong ones first.” John O’Hara, the son of a doctor who treated influenza patients, suggests in “The Doctor’s Son” (1935) how the disease favored poor working people: “It was in the tiny mining villages—‘patches’—that the epidemic was felt immediately.” William Maxwell drew on his mother’s death during the pandemic for They Came Like Swallows (1937). “Your brother has the influenza, Robert,” a man tells his son. “…And now that they’ve closed the schools to keep the epidemic from spreading, it stands to reason that you’ll be much better off at home.” Katherine Anne Porter, herself stricken in 1918, authored what the scholar Caroline Hovanec says is “perhaps the best-known fictional account of the epidemic,” 1939’s Pale Horse, Pale Rider: “Pain returned, a terrible compelling pain running through her veins like heavy fire, the stench of corruption filled her nostrils…; she opened her eyes and saw pale light through a coarse, white cloth over her face, knew that the smell of death was in her own body, and struggled to lift her hand.”

Curiously, flu lit has been going through a bit of a renaissance, with several novels situated amid the 1918 disaster (The Last Town on Earth, The Romanov Cross, A Death-Struck Year, This Time of Dying). And the chaos has been transplanted to the future in sci fi works like Station Eleven, by Emily St. John Mandel, in which an influenza virus storms the world, killing almost everyone. Years later, bands of survivors roam a wasteland: no electricity, no gas, no government. “Never has a book convinced me more of society’s looming demise,” a critic wrote in the Los Angeles Review of Books.

This century’s most popular depiction of last century’s catastrophe was certainly “Downton Abbey” on PBS. Carson the butler, the Countess of Grantham and Lavinia Swire (played by Zoe Boyle) all came down with “Spanish flu.” It was the youngest, Lavinia, who succumbed. That was a shocking plot twist—unless you were familiar with the real pandemic’s preference for youth. 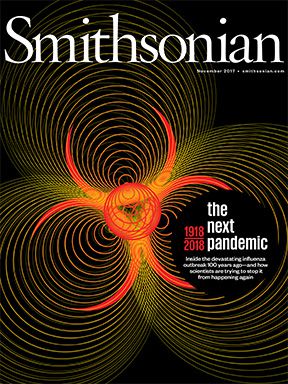