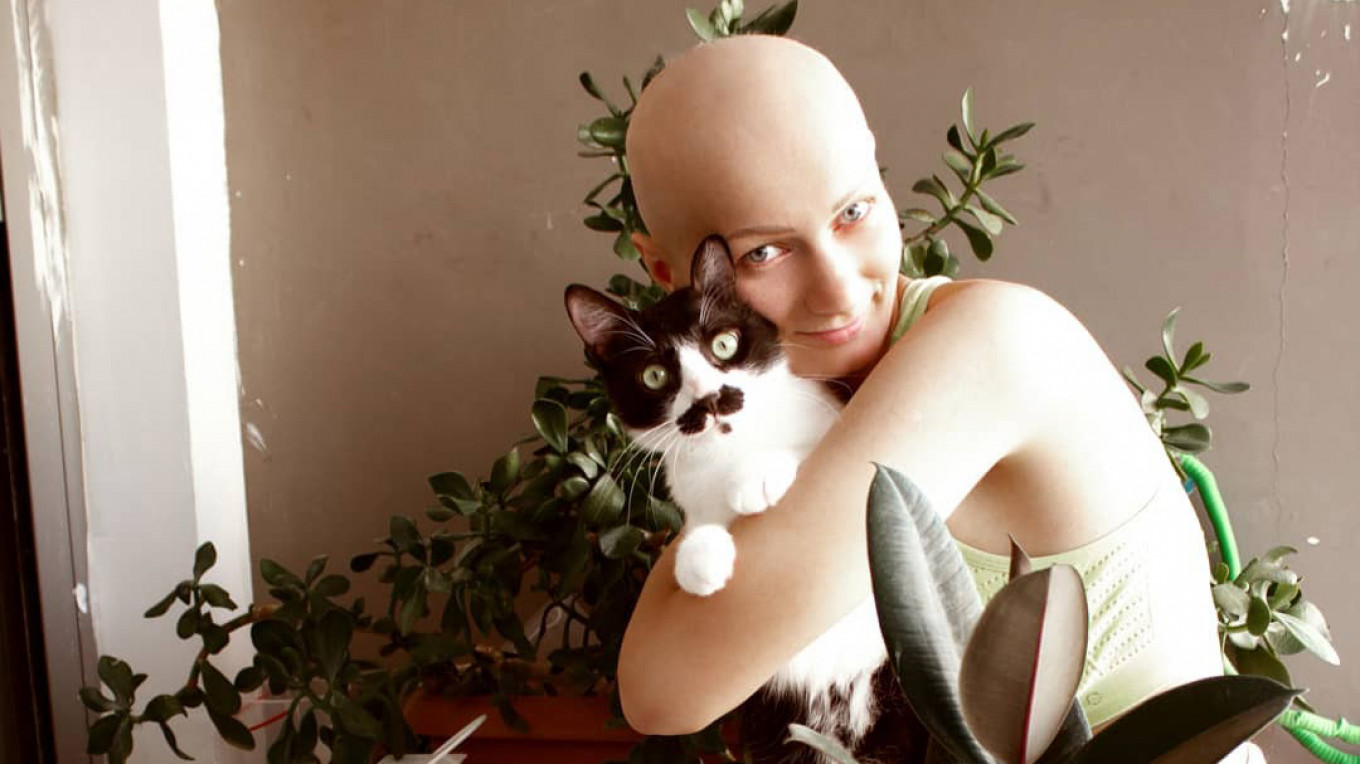 The #AllIsFineWithMe trend — started by a Russian teen who has struggled with anorexia — is the latest initiative to push back against unrealistic pressures on women and girls to look perfect, often driven by airbrushed images on social media.

“(Such) campaigns … are a positive way to let people see how they can accept their own body and break free of the constraints … which can destroy both mental and physical health. It is about diversity, inclusion, and acceptance.”

Women in Russia are expected to dress to appeal to men, feminists say, highlighting old-fashioned gender stereotypes and rising conservatism, such as a 2017 law decriminalizing domestic violence that does not require hospital treatment.

In a bid to change that, teenage Instagram influencer @Tysya asked her 1.2 million followers to post photos of themselves without make-up with the hashtag #SoMnoyVsyoTak or #AllIsFineWithMe.

Girls who are not thin, have acne or different traits are often picked on at school and pressured to diet, she said, adding she had fought to overcome anorexia, where sufferers starve themselves due to an obsessive fear of getting fat. “#AllIsFineWithMe is about the fact that every body is right and beautiful. There are no bodies that need to be worked on, improved or changed.”

More than 2,500 people have used the hashtag and a video promoting the campaign featuring models with scars, burns and other perceived defects has gathered more than 1 million views and hundreds of comments.

“I am the way I am, and to hide the flaws diligently is a waste of time,” wrote user @krasavina70, who said she only had one hand due to a congenital disorder.

“I have a bunch of features: uneven skin from acne, post-acne, overweight, cellulite, stretch marks … (but) after all #AllIsFineWithMe despite the fact that people often try to prove the opposite,” user @myafka.smm posted.

But not everyone was supportive of the campaign, with some users saying it promoted unhealthy lifestyles.

“All these fat girls will accept themselves as they are, and then in old age they suffer from high blood sugar,” user @_lina_07_10 commented.

“Until a few years ago the pro-feminist agenda in Russia was barely visible but nowadays it has a much higher profile,” she said in emailed comments.

“This is reflected in new approaches to advertising campaigns, the type of beauty and fashion content featured in glossy magazines, and the growing number of messages on social media with a body positive focus.”