As It’s Happening: Thousands Rally for Navalny’s Release Across Russia 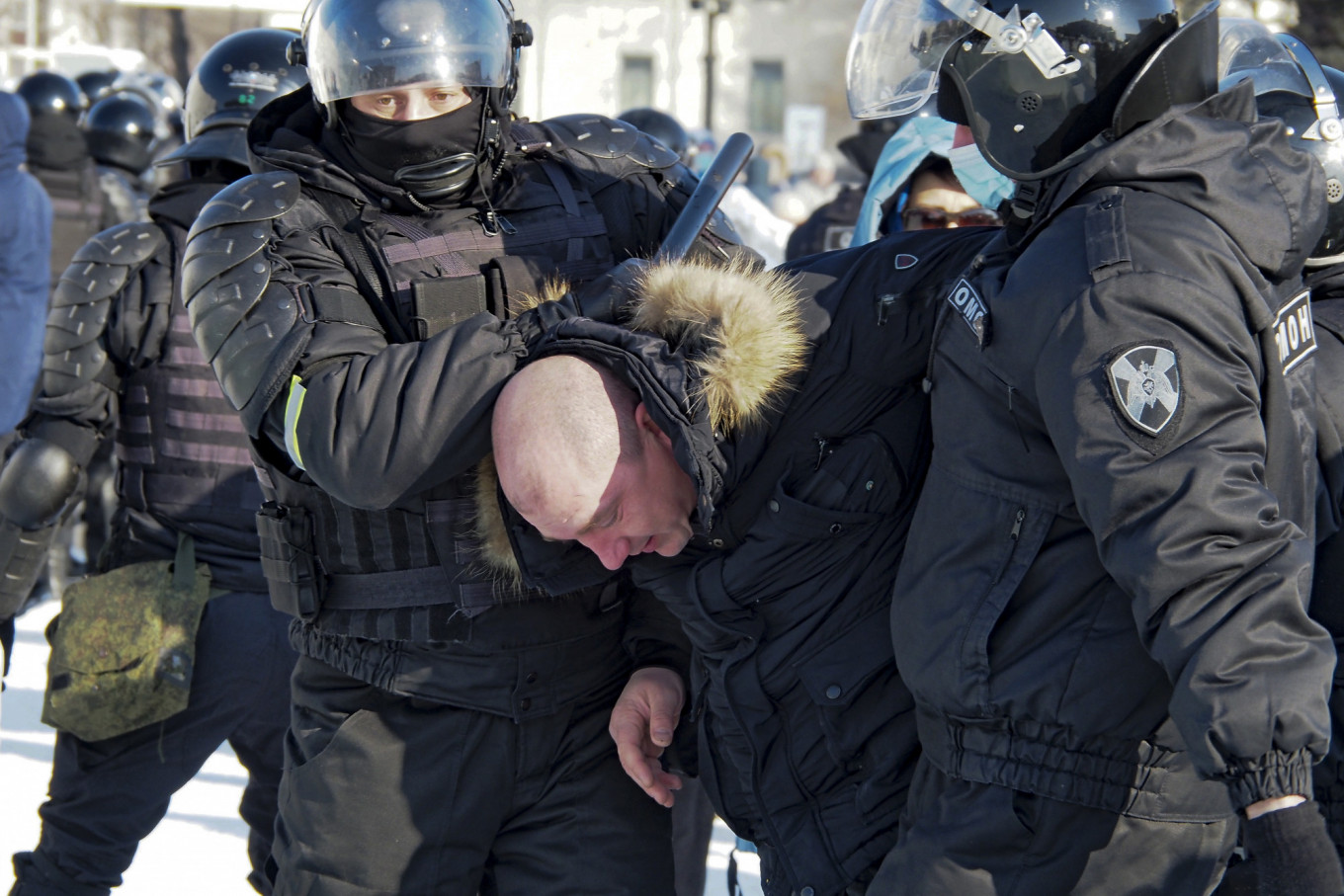 Russians nationwide are set to take to the streets in support of opposition leader Alexei Navalny, who was jailed this week upon his defiant return to Russia.

Navalny, who had been recovering in Germany from what Western scientists determined to be poisoning by the Soviet-era nerve agent Novichok, asked his supporters to protest against his jailing — and against Russia’s ruling elite as a whole. Saturday’s events are set to test the strength of his support at home after his poisoning sparked Western sanctions and condemnation against Moscow.

Russian authorities have sent out strong warnings against attending the protests, which have not received required government authorization. Several of Navalny’s allies were jailed or fined ahead of Saturday’s events, while Russia’s state media watchdog ordered social media posts promoting the rallies to be taken down.

In the Far East, Siberia and central Russia, the protests have already started, with 329 reported detained nationwide.

Here’s a live look at the latest news as it happens:

12:28 p.m.: Riot police in central Moscow have begun breaking up groups and detaining people on Pushkin Square, where the city’s protest is scheduled to start at 2 p.m. Hundreds of protesters are already in the square, according to reports. Mobile internet connectivity issues have been reported in the area.

What I’m seeing right now walking up to the pro-Navalny protest in Moscow. Riot police deploying around the square, hundreds of protestors out maybe an hour before protest set to kick off. Hearing about arrests, square is not yet closed off. pic.twitter.com/0E5BmlJwzD

12:00 p.m.: Protests have started in Russia’s fourth-largest city of Yekaterinburg — where the temperature is minus 30 degrees Celsius — as well as in Ufa, Chelyabinsk and other cities across central Russia. Estimates of the Yekaterinburg crowd range between 5,000 and 11,000.

11:50 a.m.: Oleg Stepanov, the head of Team Navalny’s Moscow headquarters, has been detained from his apartment, Stepanov wrote on his Telegram channel. Protests in Moscow are scheduled to start in around two hours.

11:30 a.m.: At least 15,000 people have attended protests in Russia’s Far East and Siberia so far, MBKh media reported, based on tallies gathered by their regional correspondents, while 174 people have been detained so far in 25 cities, according to police-monitoring website OVD-Info.

11:23 a.m.: Thousands of protesters filled the central square in the Siberian city of Irkutsk, video showed.

11:20 a.m.: Police in Moscow have been preparing for protests in the capital since Friday evening. Pushkin Square — the site of the rally — has been cordoned off. One person was detained there early Saturday morning while staging a one-person picket in support of Navalny. A number of large police vehicles have been spotted parked throughout central Moscow and barricades are being prepared along the central Tverskaya shopping street and other main roads, according to various independent reports. Extra police officers have also been deployed to Red Square, the Avtozak Telegram channel reported.

11:16 a.m.: More than 3,000 people are protesting in Russia’s third largest city Novosibirsk, Meduza reported. In Tomsk — the city where Alexei Navalny was visiting when he was poisoned — more than 2,000 people came out, local TV-2 reported. In Krasnoyarsk, turnout was around 1,500, Novaya Gazeta estimated.

The police seem to have been particularly rough against pro-Navalny protesters in Vladivostok today. A good indication of how they will be treated in Moscow, where arrests have already begun, hours before the rally startshttps://t.co/KosMpqZd1i

11:04 a.m.: Protestors have started to be detained in Novosibirsk, with at least 12 people taken into custody.

11:00 a.m.: Security forces have largely cleared the streets in the Far East city of Vladivostok, where the local time is 18:00, according to the independent Novaya Gazeta news site. It reported “tough detentions,” and “at least one person taken to a police van unconscious.”  Videos showed security forces charging towards crowds of protestors to disperse them.

Another video from Irkutsk.

“We will not leave!” they chant.

Will be tough for police to disperse this crowd without very ugly scenes. pic.twitter.com/pbWwuKNAoB

10:30 a.m.: Rallies continue across Siberia, with protests reported in Novosibirsk — Russia’s third largest city — as well as Tomsk, Omsk, Ulan-Ude, Kemerovo and others.

10:00 a.m.: At least 48 protestors in 13 cities have been detained so far, according to the independent police-monitoring website OVD-Info.

9:30 a.m.: Some 300 people protested in the Siberian city of Chita. At least four people were detained, including one minor, OVD-Info reported.

9:29 a.m.: A small protest took place in the northern Siberian city of Yakutsk despite temperatures of minus 50 degrees Celsius.

9:10 a.m.: About 500 people have begun protesting in the Siberian city of Irkutsk, MBKh news reported.

8:20 a.m.: In the Far East city of Khabarovsk, about a dozen protesters have been detained and later lined up against a wall and beaten while in police custody, according to independent police-monitoring website OVD-Info.

8:19 a.m.: Up to 2,000 people protest in the Far East capital of Vladivostok, the independent Novaya Gazeta newspaper reports. Police dispersed protesters with force, according to video footage.