Charm of the Russian villages 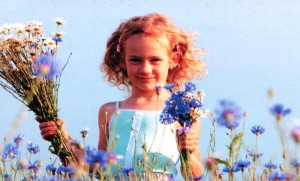 It seems that in the small central Russian towns and villages time passes more slowly. It keeps untouched not only the ancient stones of the monasteries and cathedrals but the way of life as well. Exactly this feeling the tourist is overtaken by having entered one of the towns described below. 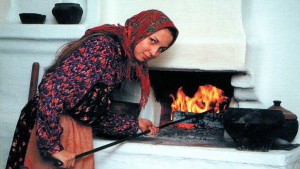 The unique atmosphere, majestic ancient monuments and inimitative museums — all of this you will find having visited small homelike towns and villages of the Golden Ring. Not far away from Uglich a small town Myshkin is hidden (in Russian language the name of town «Myshkin» originates from a word «mouse»). According to the legend, it was called so by one prince in honour of a little mouse. When he had laid down to have a rest on the river-bank, he didn’t notice a creeping up snake but the mouse saved his life, having woken him up. 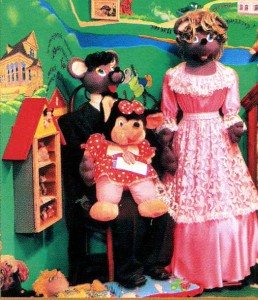 Here, in the old house, the only one in the world Museum of a Mouse is located. In the main hall in the armchair in front of the hearth a Grandmother-mouse «is sitting and knitting», a squabby mouse Tanya «is cadging» from the guests for a dainty, and a little mouse Marfusha is thoughtfully «reading» a book. In the town there is an unusual museum of native Russian footwear — the felt boots (valenki). 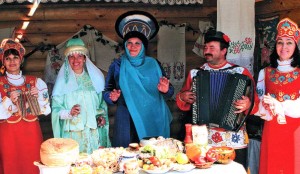 Here you will see such a variety of them that it’s difficult to imagine: valenki(s) ornamented with the fur, valenki(s) with spurs, the New Year’s ones with a fir-tree, embroidered ones, the ones with an open-worked boot-top… And the biggest exhibit is 2 meters of height! While you visit Myshkin’s smithery and pottery an exclusive souvenir will be made for you. In the very center of the Golden Ring, on a half-way from the Lavra of the Holy Trinity and St. Sergius to the Pereslavl-Zalessky, Alexandrov city is situated.

Annually hundreds of thousands tourists come here to look at the rarest, well-preserved majestic Alexandrovsky Kremlin. Within its walls there is the Alexandrovskaya Sloboda Museum, which carefully preserves the monuments of the former tsar’s residence. Overby the general route of the Golden Ring, not far from Kostroma, there is a small town Plios. For its sandy beaches, coniferous and deciduous forests and clean air it was named as «Russian Switzerland)). A great Russian painter Isaak Levitan draw his best views of the landscape exactly in Plios. There is the Museum of Levitan in the town, and also the only one in Russia Museum of Landscape, an amazing Museum of Folk Crafts and some other interesting museums. This is the real paradise for hunters for quiet leisure.

The urban bustle and worries — everything is forgotten here in the somnolent tempo of the 19th century. In summer the yacht-club functions here. In winter the exciting journey by air-ships on the frozen river is very popular. Up the Volga’s stream in 50 kilometers from Yaroslavl, Tutaev town spreads. It’s one of the most magnificent ancient Central Russia’s towns. On the top of a high hill the huge Voskresensky Cathedral (Cathedral of Resurrection) proudly rises. The cathedral is built жwith the bricks and tiles. Its walls are ornamented with fantastically carved wood. The interior impresses by splendid frescoes. 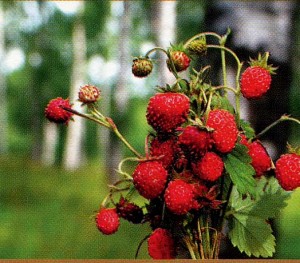 The other ancient town Kalyazin has been famous for a long time by the magnificent Troitsky monastery (Trinity monastery) of the 17th century. But the construction of the Uglich storage reservoir in the 30s of the 20th century ended with a tragedy. All the historic part of the town with the monastery has disappeared under the water for ever. Nowadays only several streets, 3 churches, monastic islands and the bell-tower of the Nikolaevsky Cathedral have remained from the former town. The bell-tower rises in the middle of smooth water surface, being the onliest remembrancer of the former majestic and splendid architecture of Kalyazin. 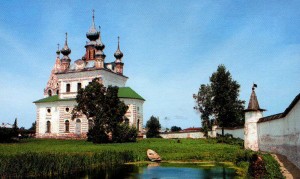 Touching the ancient stones of i veritable medieval fortress wall: possible in Yuriev-Polsky. The ancient part of the town is surrounded with well-preserved nowadays earth bank with 2kms the lenth, which shape is almost perfect circular. In Yuriev there the especially impressive Georgievsky Cathedral and the complex of the Monastery of Archangel Michael. 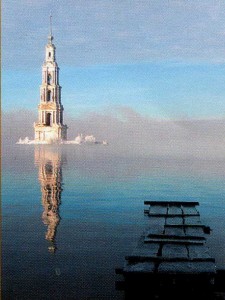 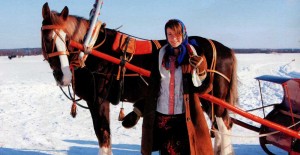