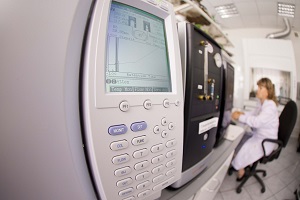 Rosneft Oil Company reviewed the results of the Rosneft United Research and Development Centre (RN-RDC). Since its foundation in 2016, RN-RDC has become Europe’s largest scientific oil and gas centre, the amount of work performed using its own resources has increased more than 2 times. At the moment, it includes 32 design and research institutes, as well as 41 competence centres that employ in total more than 15,000 people. RN-RDC is the basic unit for making scientific and technical decisions in all production areas of the Company: from exploration to petroleum products distribution. The total economic impact of RN-RDC activities is evaluated to exceed 150 billion roubles.

Due to the work of its own research centre, Rosneft managed to double the amount of work performed using its own resources. 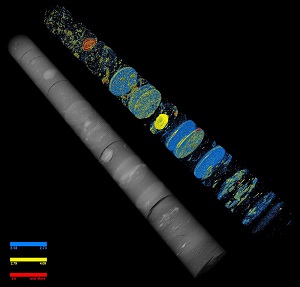 As part of RN-RDC research activities, 16 field studies in the Arctic were conducted, in the Eastern Arctic and the Far East the resources were increased on more than 4 billion toe.

Among the most significant technological results of RN-RDC activities in oil refining and petrochemistry are creation of its own diesel hydroprocessing catalyst, which efficiency over 10 months of testing was higher than of foreign analogues; production technologies of own Euro 5 lube oils and gasoline additives; as well as the creation of ultra-light weight proppant, the use of which in hydraulic fracturing will provide the Company with additional production in the amount of about 1 million tons per year.

To ensure the information and technological independence of the Company is one of the key tasks of Rosneft United Research and Development Centre. RN-RDC operates all geotechnical information of the Company (over 1900 TB of data), supports the drilling of the most complex horizontal wells (more than 2000 operations annually), implements its own information solutions for creating digital twins of real objects (over 70 thousand operations) and creates its own software. For instance, RN-RDC has developed and successfully implemented the first industrial hydraulic fracturing simulator RN-GRID in Eurasia, which ensures the implementation of all operations and engineering evaluations necessary for fracturing design.

The direct economic impact from the introduction of its own software amounted to more than 1 billion roubles.

Rosneft United Research and Development Centre performs work not only for the Company’s subsidiaries, but also for other clients. Since 2016, the amount of such works has more than tripled. Currently, RN-RDC customer portfolio consists of more than 100 companies. The growth in the amount of external orders increases the economic efficiency of RN-RDC for the Company, and also promotes the international standing and image of Rosneft Oil Company as a technological leader.

Competency building and access to the external, including the international market is one of the priorities of RN-RDC. Presently, the Company has three joint ventures in scientific and technical cooperation, and in the near future their number in key areas of operations will increase.

Ensuring technological breakthrough in all areas of the Company’s operations is a key item of the Rosneft-2022 Strategy. Possessing a high potential, and enhancing competence in the most advanced technological sectors, Rosneft aims to become a pillar in implementing a large-scale system program for the development of a new technological setup – the digital economy – the target that was set by President Vladimir Putin in his message to the Federal Council.