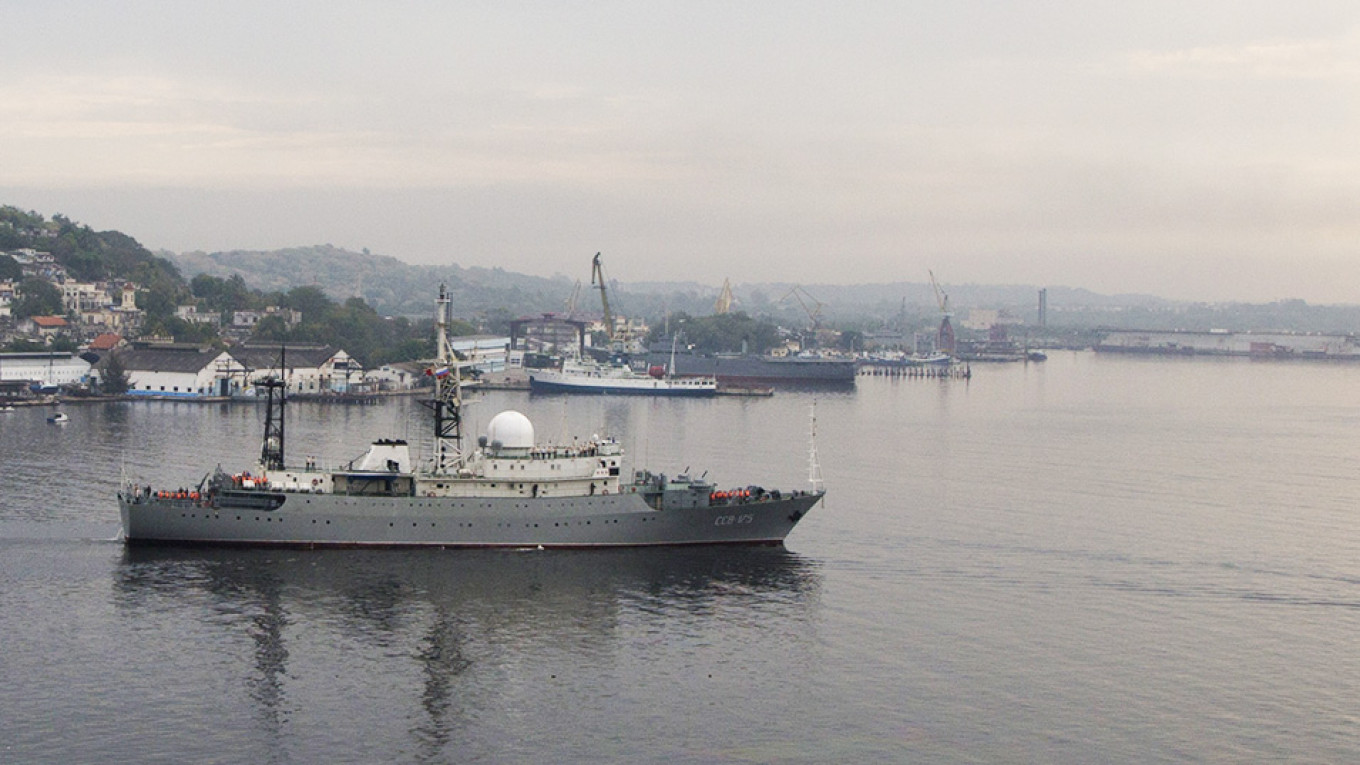 A Russian spy ship is conducting “unsafe” and “erratic” maneuvers off the coast of the southeastern United States, CNN reported Tuesday.

The Viktor Leonov SSV-175, part of the Vishnya class of intelligence ships, has reportedly patrolled international waters off the eastern coast of the U.S. every year since 2014.

The Viktor Leonov’s return this year was marked by actions of an “unsafe manner” and “other erratic maneuvers” in waters near South Carolina and Florida, CNN cited two unnamed U.S. officials as saying.

The spy ship isn’t using the navigation lights needed in low-visibility weather and isn’t responding to commercial vessels that have called for its position to avoid potential accidents, one official reportedly said.

The U.S. Coast Guard warned sailors to “maintain a sharp lookout and use extreme caution when navigating in proximity to this vessel,” the U.S. Naval Institute nonprofit reported.

It was the last of eight intelligence ships built for the Soviet Navy in Poland in 1988 and is currently in service with the Russian Navy’s Northern Fleet.