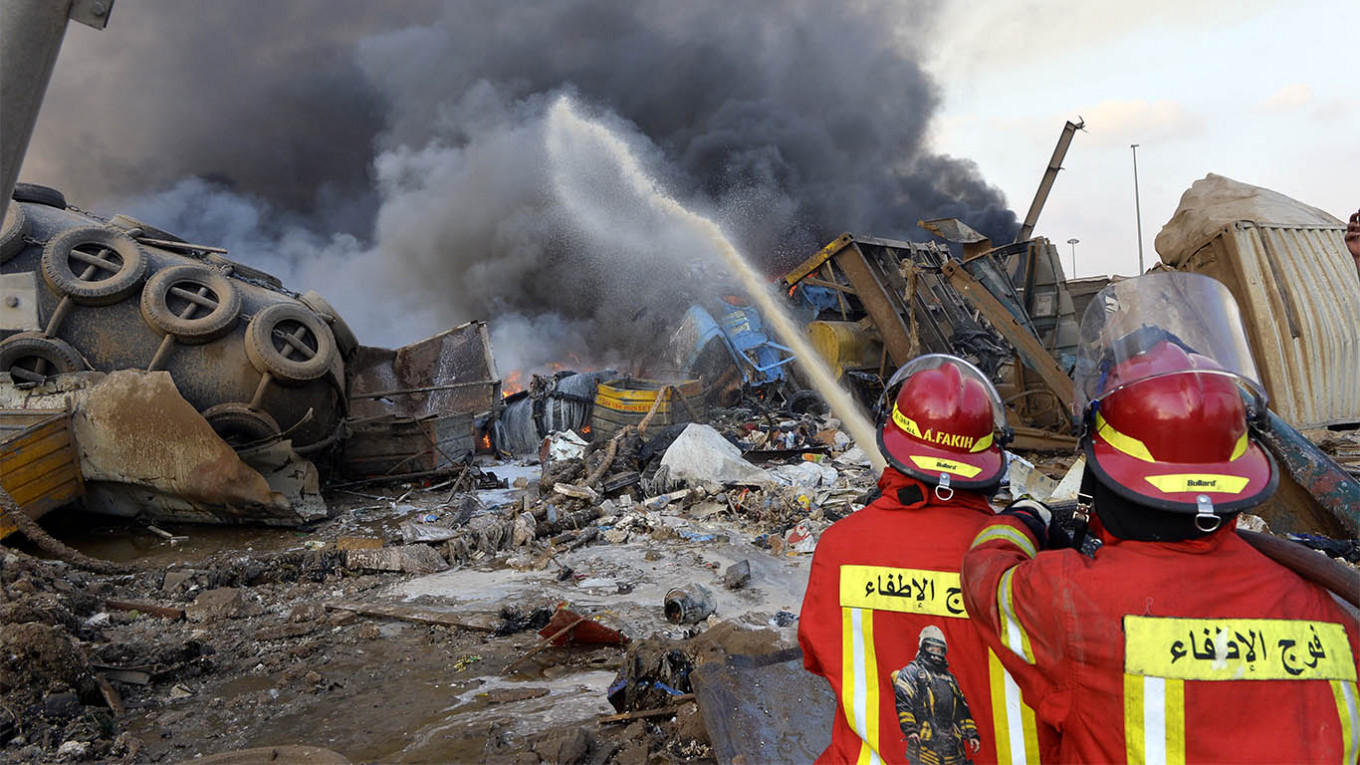 Nearly 3,000 tons of a highly explosive fertilizer that caused Tuesday’s devastating blast in Beirut came from a ship owned by a Russian businessman, the Mediazona news website reported Wednesday, citing Lebanese television and members of the ship’s crew.

Lebanese Prime Minister Hassan Diab said in a statement Tuesday that 2,750 metric tons of ammonium nitrate that had been stored for years in a Beirut portside warehouse had blown up, killing at least 100 people and causing widespread damage to the Lebanese capital. The source of the ignition was still unclear, he said.

The Rhosus is owned by Igor Grechushkin, a Russian national and resident of Cyprus, Mediazona cited the ship’s crew members as saying.

The ship had been traveling from Georgia to Mozambique in 2013 when it experienced a malfunction and made an unscheduled stop in Beirut. Soon after, Grechushkin reportedly declared bankruptcy and “abandoned” the ship there, leaving its crew stranded on the vessel for months before the ammonium nitrate could be offloaded.

The ammonium nitrate had been stored in a warehouse in the port of Beirut since then. The MarineTraffic website last recorded the Rhosus’ location near this warehouse in 2014.

Ammonium nitrate is an odorless crystalline substance commonly used as an agricultural fertilizer that has been the cause of numerous industrial explosions over the decades.