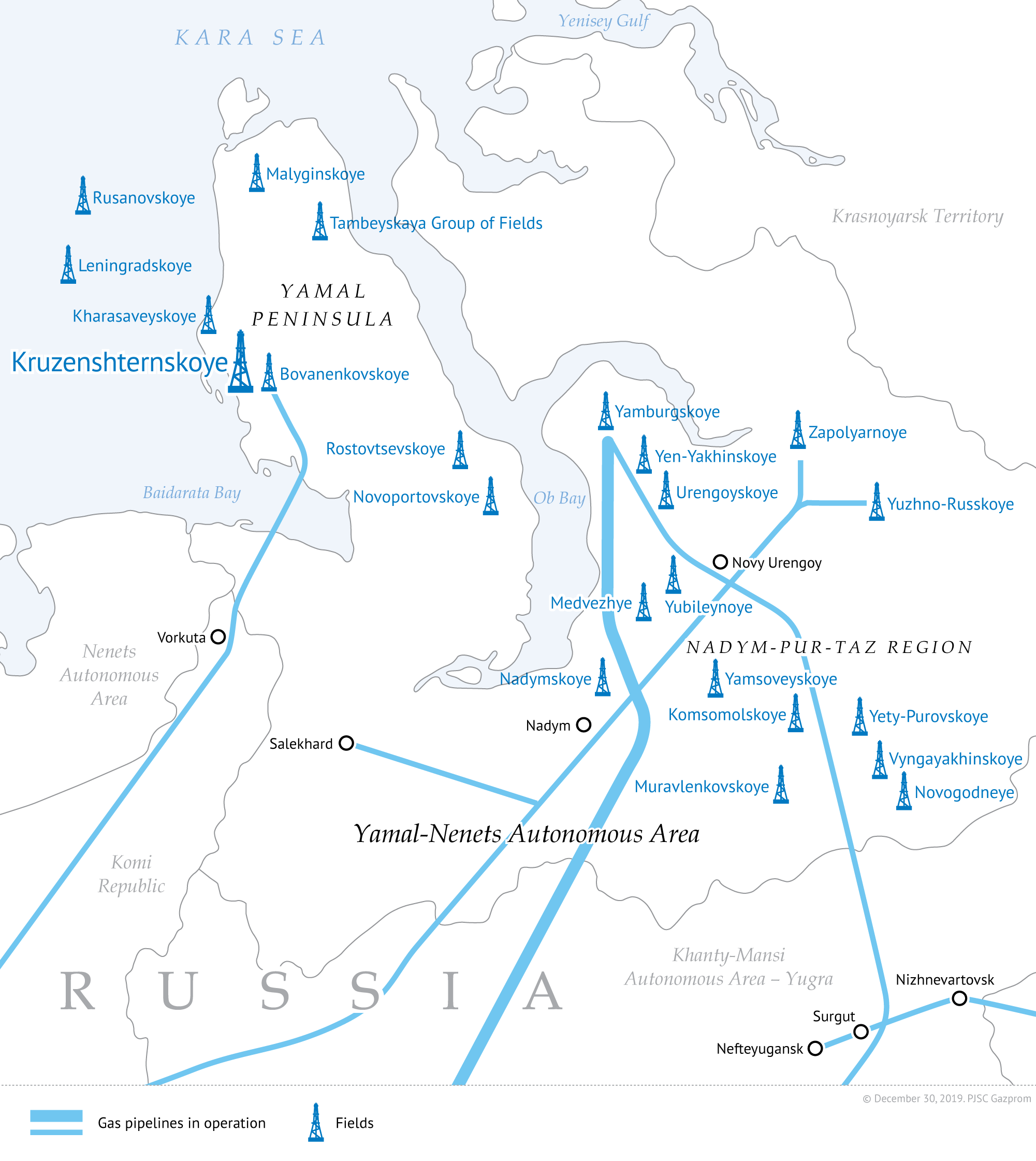 The Federal Agency for Mineral Resources approved the expert opinion of the State Reserves Commission with regard to the calculation of hydrocarbon reserves in the Kruzenshternskoye gas and condensate field. The field forms part of the Bovanenkovo production zone, the basis for the development of a major gas production center in the Yamal Peninsula.

The Kruzenshternskoye field is unique in terms of the amount of its hydrocarbon reserves. It is located to the west of the Bovanenkovskoye field, partly onshore in the Yamal Peninsula but mostly in the waters of the Kara Sea.

In order to collect more precise data about the reserves of the Kruzenshternskoye field, Gazprom built a hi-tech directional exploration well from the coast of Sharapov Shar Bay. The well is 4.9 kilometers long, including a 3.9-kilometer seaward deviation. When constructing the sophisticated structures of the well, the Company used cutting-edge drilling technologies and solutions in the field of geophysical research.

In addition, Gazprom won the auction for the right to use subsoil reserves with the purposes of geological prospecting, hydrocarbon exploration and production within the Sopochny block (Tazovsky District, Yamal-Nenets Autonomous Area). As estimated by the Company, the block’s resource potential exceeds 500 million tons of fuel equivalent.

The Bovanenkovo production zone in the Yamal gas production center includes three fields: Bovanenkovskoye, Kharasaveyskoye, and Kruzenshternskoye (the licenses are held by the Gazprom Group).

Geological exploration at the Kruzenshternskoye field was carried out by Gazprom Geologorazvedka. In addition to an increase in gas reserves, the field’s recoverable condensate reserves (С1+С2 categories) skyrocketed from 2.7 million to 11.6 million tons.