How Russia Is Responding to the Coronavirus: Cameras, Deportations and Skepticism 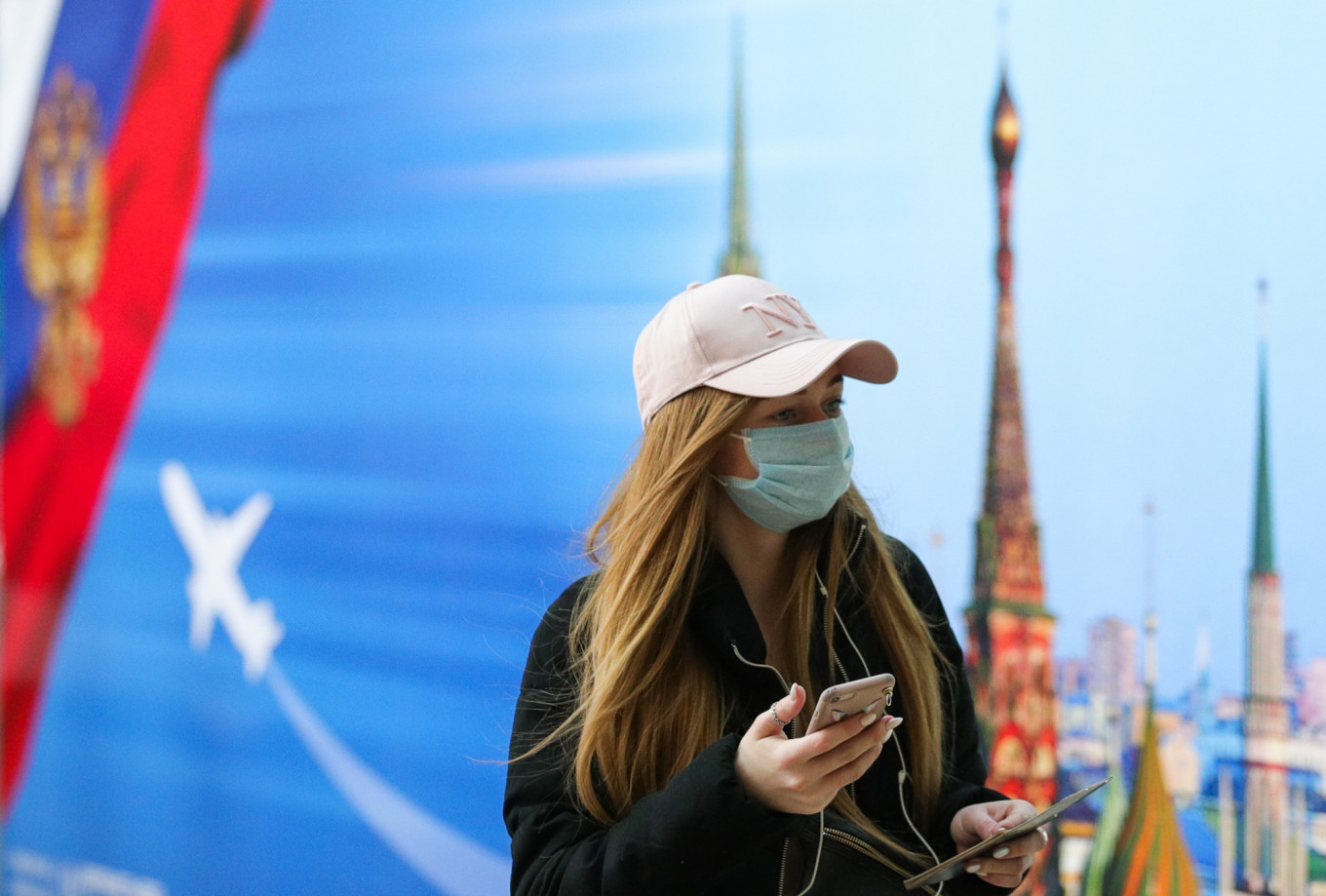 As the coronavirus has run rampant around the world in recent weeks, bringing countries from Iran to Italy to a near halt, Russia has watched with bated breath.

But perhaps because the country has yet to face the worst of the virus — which the World Health Organization has declared a pandemic and has killed nearly 5,000 people — not everyone is worried.

“It looks like our authorities are taking measures that make it look like they’re doing something without really doing something — and that is the correct move,” said Alexander Saversky, an expert at the Russian Academy of Sciences and president of Liga Patsientov, an organization that protects patients’ rights. “It’s better not to foment hysteria.”

So far, Russia — which at the start of the outbreak shut its 4,209-kilometer land border with China where the coronavirus first appeared at the end of 2019 and limited flights between the countries — has only reported 45 cases of the coronavirus. But it is also increasingly taking measures aimed at keeping the virus at bay.

This week Russia closed its borders to people arriving from Italy, and Moscow’s City Hall said it would be allocating nearly $135 million for a new hospital for coronavirus patients. It also banned visits to state-run nursing homes, which house the most vulnerable people to the virus, according to a copy of a decree viewed by The Moscow Times.

Some big companies, including Yandex, have also suggested that their employees work from home. The tech giant is also reportedly regularly disinfecting its fleet of ride-sharing cars.

The Russian capital has also been placed on “high alert” — limiting gatherings to no more than 5,000 people, warning residents not to travel on public transport during rush hour and requiring returnees from coronavirus hotspots to self-isolate for 14 days. Anyone ignoring quarantine requirements could face up to five years in prison.

To enforce those rules, authorities have warned that they will be using CCTV cameras. Last week, one Muscovite who was placed on quarantine after returning from northern Italy in February told the Mediazona news website that police showed up at his apartment the day after he violated his quarantine by taking out the trash. That same month, Moscow’s mayor Sergei Sobyanin bragged that the city’s widespread facial-recognition network had helped in tracking down a Chinese woman who flew to the Russian capital from Beijing.

Chinese people have come under particular scrutiny. On Thursday, the Kommersant business daily reported that some 100 Chinese students would be sent home for violating quarantine procedures.

But worries have been raised about the authorities abusing their powers in these cases. In one case, police showed up at a Chinese student’s dorm room in Moscow, offered to take her for a medical test, then wrote her up for violating quarantine, Mediazona reported. Now she is awaiting deportation.

While Moscow is home to over half of Russia’s coronavirus cases, it is the city of Lipetsk some 460 kilometers to the south that has taken the most aggressive measures.

The city has so far reported three people with the coronavirus who recently returned from Italy and has put 150 people who may have come into contact with them under quarantine. It has also shut all schools and public gathering spaces like theaters and sporting arenas. The local Orthodox Church was planning a procession against the coronavirus, but that, too, has been canceled over coronavirus worries.

For some residents, the measures don’t go far enough.

“They should not have put 150 people under home quarantine, but should have sent them to the hospital for two weeks!” the Moskovsky Komsomolets newspaper cited one resident as writing on social media. “Everyone should be assigned a policeman to prevent possible escape.”

In a column this week, Maxim Trudolyubov, a Senior Fellow at the Kennan Institute in Washington D.C., speculated that, as China has started to bring the contagion under control while the virus spreads rapidly in European countries and the United States, some people may begin to see the good in authoritarian measures.

But others have raised concerns that Russia’s reported cases may be low not as a result of effective preventative measures but because of a lack of effective testing procedures.

Last week, the Reuters news agency spoke to doctors in Moscow and St. Petersburg who claimed that the country still did not have systematic testing capabilities in place.

Still others are writing about their problems in getting tested on social media.

Maya Volf, 23, wrote on Twitter that, after getting a bad cough following a visit to Germany in February, she put herself on the mandated 14-day quarantine. But the cough got worse and she called for a doctor, who arrived Thursday without any protective gear save for a thin mask. The doctor told her she didn’t have the coronavirus because she hadn’t been in Germany within 14 days.

Later that evening, two medics did arrive in full protective gear and took a throat swab. Volf will have her results back in seven to 10 days, she wrote.

On Friday, Eva Hartog, a Dutch Moscow-based journalist and former managing editor of The Moscow Times, wrote on Twitter that a friend had self-isolated after coming down with a cough and fever — two symptoms of the coronavirus — after having passed through an international airport. As her condition deteriorated, she called for an ambulance.

“When [the medics] heard this person hadn’t recently arrived from one of the blacklisted countries they announced: Then it’s not corona,” Hartog wrote.

Moscow to ‘Shut Down’ in Case of Coronavirus Outbreak

Russia also appears to be dragging its feet in other areas. While sporting events are being canceled across the world, the Russian professional football league is continuing with play and is not banning traditional pre-match handshakes.

And as Europe’s football governing body debates whether to go ahead with the European Championships this summer, Russia’s Prime Minister Dmitry Chernyshenko has offered Russia as a possible location to host more games.

Meanwhile, some Russians are placing their faith in God.

All week in St. Petersburg, Easter month worshippers who have been flocking to the Kazan Cathedral have been flouting guidelines by kissing icons, the independent Novaya Gazeta newspaper reported.

“We have faith, understand?” one worshiper told the paper. “Will God really let us get infected here? I think not.”

As for the authorities, they aren’t taking any chances when it comes to themselves.

After one lawmaker attended a speech given by President Vladimir Putin this week at the State Duma after returning from coronavirus hotspot France without self-quarantining, another deputy ratted him out.

The parliament building is now being disinfected.