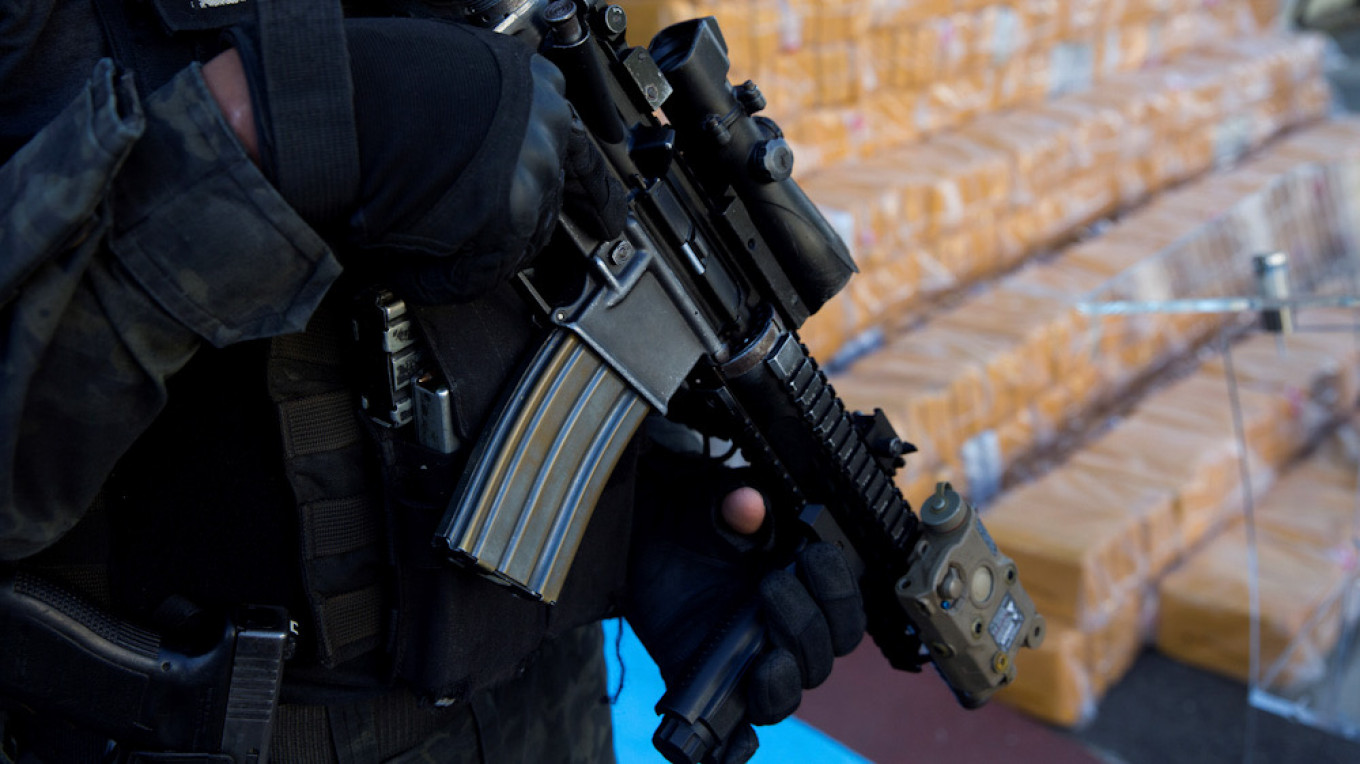 Russia and the United States have cut off an international cocaine smuggling chain and seized over 330 kilograms of the drug, Russia’s Federal Security Service (FSB) announced Tuesday, marking a rare joint law enforcement effort between the two countries.

A multi-stage investigation by the FSB and the U.S. Justice Department disrupted “a transnational criminal community that specialized in smuggling cocaine from South America to Russia and other European states,” the state-run TASS news agency cited the FSB’s press office as saying.

The seized cocaine’s street value is worth about 1 billion rubles ($13.6 million), the FSB added.

Video released by the FSB to Russian media showed plainclothes agents dragging suspects from cars as well as boxes of confiscated cash and drugs.

The first stage of the investigation took place in May, when a drug dealer with about 1 kilogram of cocaine in his possession was arrested during an attempted drug deal in St. Petersburg. In June, FSB officers caught some of the criminal group’s members and one of its main organizers “red-handed” during an attempted large-scale drug sale in Moscow and seized about 34 kg of cocaine.

“At the final stage of the operation, despite the use of increased secrecy measures and various tricks by the drug dealers, a cache was found in the Moscow region in November 2020, where upon examination at least 295 kg of drugs were found,” the FSB said, according to TASS.

The FSB’s Investigative Department has opened criminal cases against members of the cross-border drug group and placed them in pre-trial detention, TASS reported.

The operation was a rare example of cooperation between Russia and the U.S., which share a deep and mutual distrust over a range of issues including election meddling and hacking.