Love in the Time of Coronavirus: Two Young Russians Start Dating in Quarantine 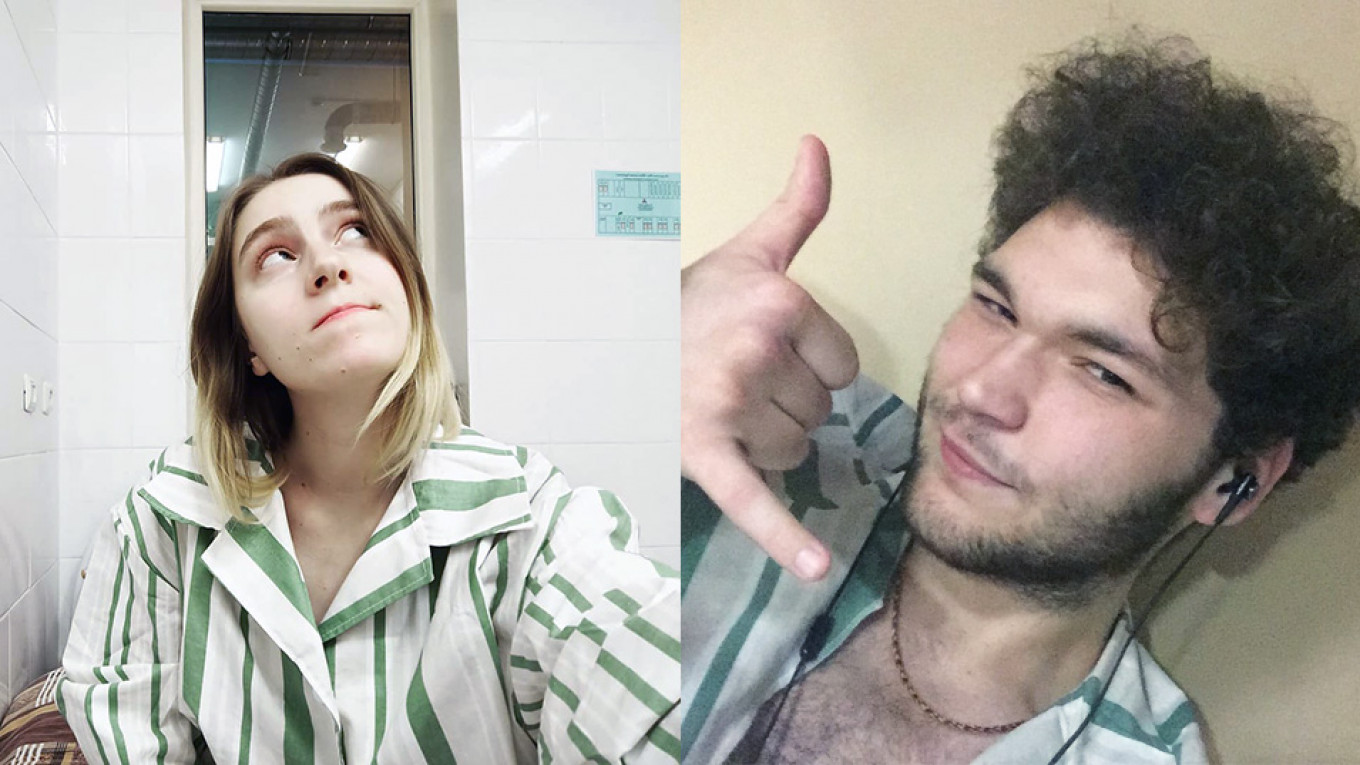 When Russia evacuated its citizens from the epicenter of the coronavirus outbreak this month, it flew more than 140 people from China to a quarantine clinic in the Siberian city of Tyumen.

Isolated from the rest of the world until they’re confirmed to be infection-free, these people have taken to social media to stay connected with friends, loved ones and other people held in quarantine around the world.

But Inna Savintseva and Daniil Parfenovich have found a new connection — each other.

In a story that sounds like the plot of an indie movie, Savintseva and Parfenovich, both 18, met while waiting for their evacuation plane at the airport in Wuhan, the city at the center of the outbreak. Savintseva was in China as a music journalist and Parfenovich was there as a student.

The two soon started talking, discovering a shared love of music and technology as well as their chemistry.

“She spoke to me about music, I answered with talk of sculptures and beautiful plans for life, and our eyes lit up and our hearts began to beat faster at the sight of each other,” Parfenovich told The Moscow Times.

Parfenovich said the quarantine doctors had no problems with the two dating. But because Savintseva has been isolated with a separate illness, Parfenovich has been unable to see her in recent days and the two will spend Valentine’s Day apart, he said. He has bought her a bracelet that doctors will deliver to her today.

Savintseva was unable to speak with The Moscow Times due to her health, but she has tested negative for coronavirus. Russia has had only two confirmed cases of coronavirus, both of whom were Chinese nationals who have since recovered.

“We wanted to be together for Valentine’s, but unfortunately it didn’t work out … but we are happy with everything else,” he said.

The pair expects to be released in the coming days, and Parfenovich says they plan to stay in Tyumen and explore the city together once they’re out.

After that, it’s unclear what will happen. Savintseva is originally from the Kirov region in central Russia, while Parfenovich is from the Siberian city of Krasnoyarsk some 3,200 kilometers away.

“To this day we communicate well, and I support her while letting her show her independence — it’s the only way,” Parfenovich said.

Here’s hoping the bonds one forms in coronavirus quarantine last a lifetime.