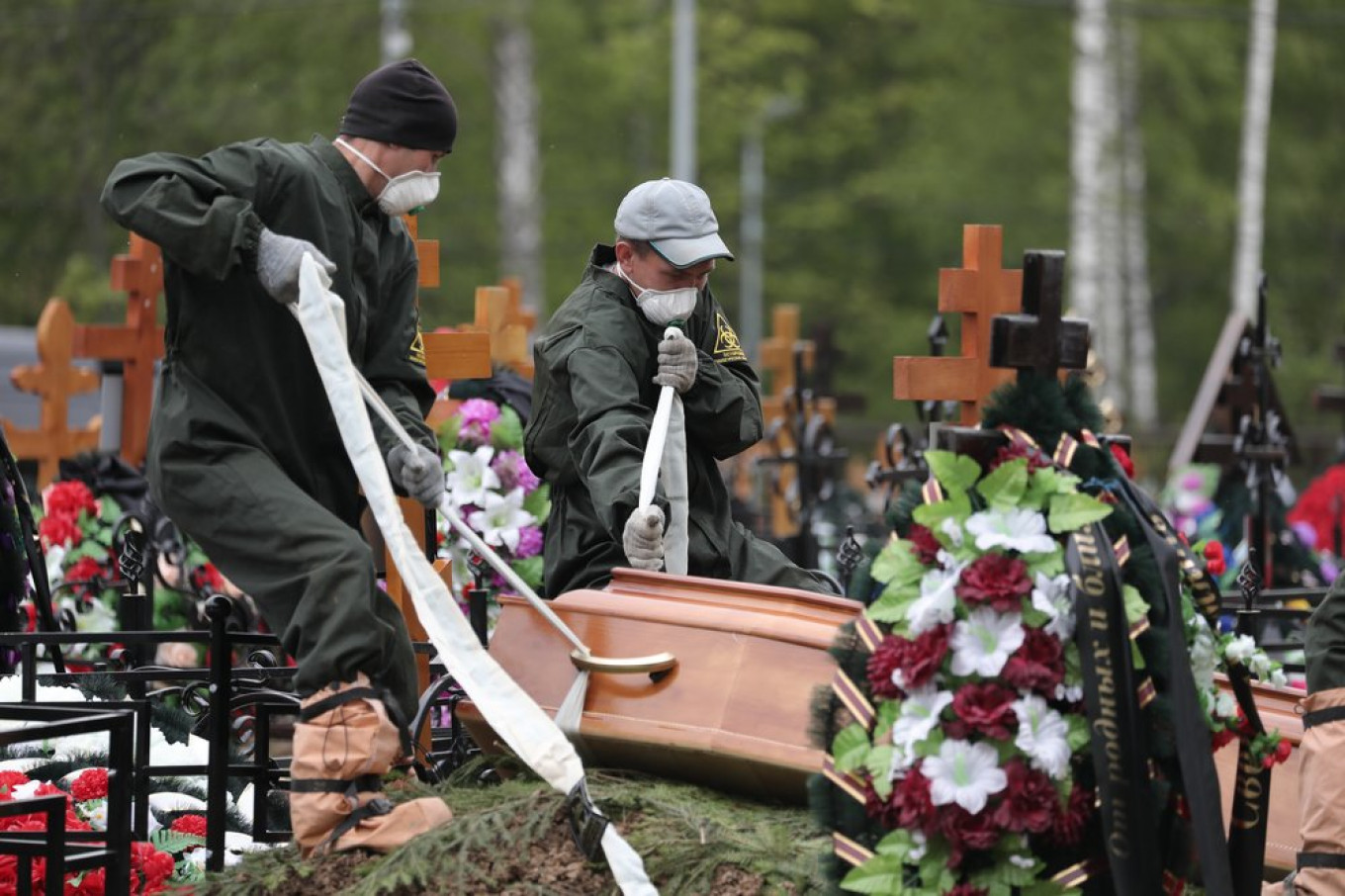 The city’s health department said Thursday that 1,753 more people died in April than on average in the past three years. Covid-19 directly caused 636 of those deaths, the Moscow Health Department said in a statement.

The 925 additional Covid-19 deaths would place Moscow’s toll for April at 1,561, leaving 192 unexplained fatalities from that month’s excess deaths.

“We’re dealing with that figure and are establishing all its possible causes,” the health department said.

Moscow’s Health Department stressed that its updated death rate of between 1.4% and 2.8%, depending on the methodology, was still lower than in London and New York.

Moscow officials had defended the accuracy of their data, saying they excluded more than 60% of deaths among coronavirus patients from the city’s official virus toll because they were determined to have come from other causes.

Russia has the world’s third-largest number of confirmed cases at 387,623. Moscow, a city of 12.7 million, accounts for more than half of Russia’s 4,374 deaths.

Moscow’s Health Department said coronavirus deaths would spike in May, around two to three weeks after infections peaked in late April.

“We’ll also analyze these indicators and publish them in the open,” it said.

Moscow officials told BBC Russia that they expect other regions to update their coronavirus death counts based on the new methodology. Currently, Russia only counts the deaths of coronavirus-positive patients toward its total if pathologists say the virus played a direct role in their deaths.

Russia’s Health Ministry announced Wednesday that it would no longer include asymptomatic coronavirus patients in its daily count of new infections and deaths.