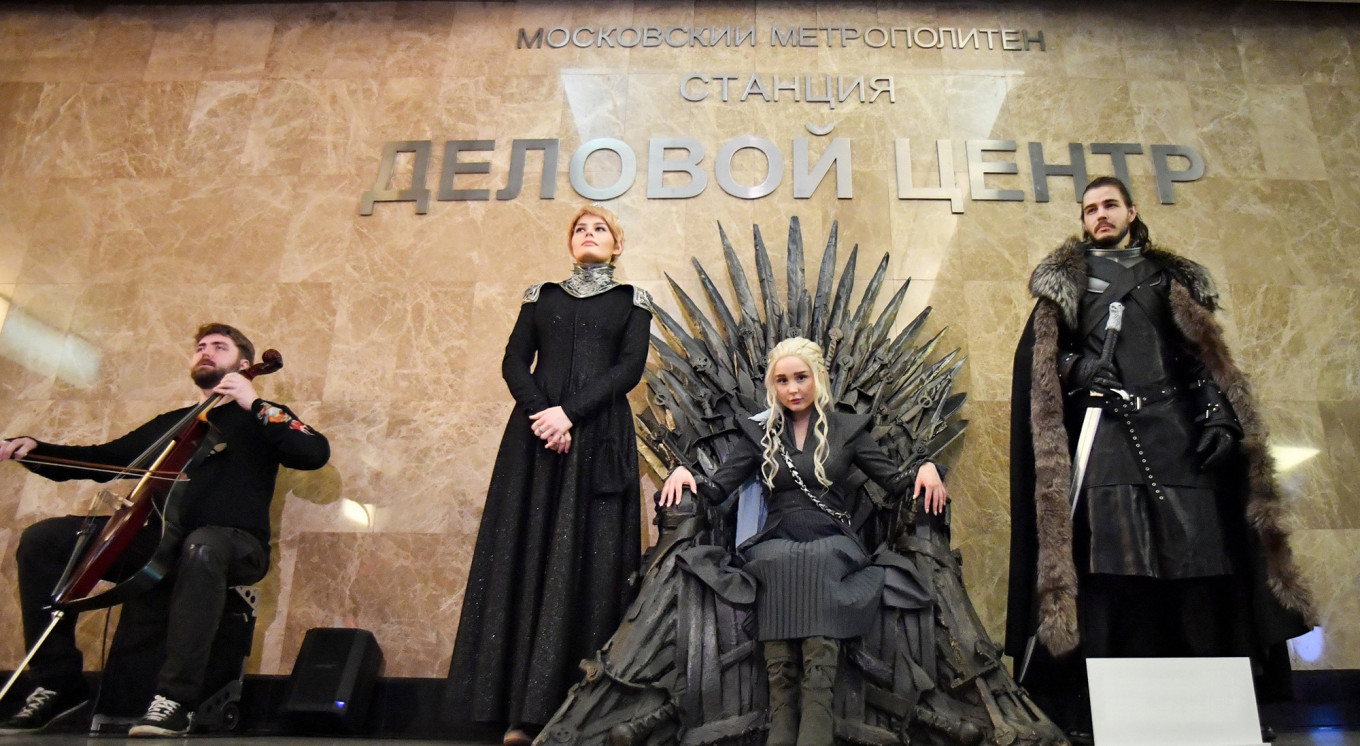 The Moscow metro staged a photo op with an Iron Throne inspired by HBO’s hit series “Game of Thrones” over the weekend.

A cello duet accompaniment made the experience even more immersive as commuters took turns to sit atop the throne for a quick snap next to the reenactors.

The metro’s press service did not indicate if the throne was indeed made out of iron. Fans have until Monday to see the throne for themselves before its removal, local media reported.