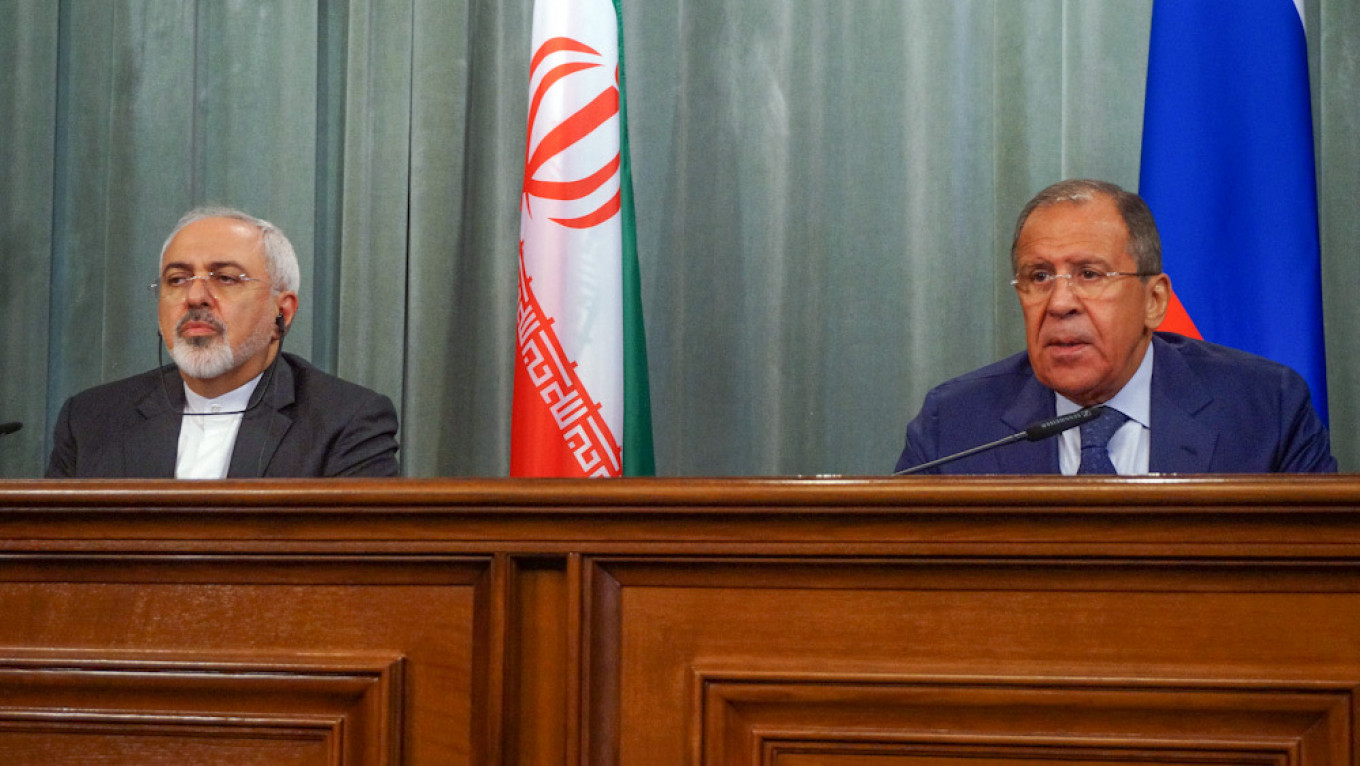 Moscow and Tehran called for the rescue of the Iran nuclear deal Tuesday, as their top diplomats held their first talks since Joe Biden’s election raised hopes of Washington returning to the agreement.

Russian Foreign Minister Sergei Lavrov said ahead of the talks in Moscow that “one of the most pressing topics is the task of rescuing the Joint Comprehensive Action Plan (JCPOA).”

Iranian Foreign Minister Mohammad Javad Zarif thanked Moscow for its efforts to repair the JCPOA after the U.S. exit in 2018 and for Russia’s “constructive and principled” position on the deal.

Zarif urged unity between Moscow and Tehran “in order to save the JCPOA from the risks and fears that arose after the United States left this plan.”

The talks in Moscow come days after Zarif urged the United States to make the “fundamental choice” to lift sanctions and reverse the “failed policies” of the previous administration, which took a hard line on Tehran.

He cautioned that any efforts from Washington to extract additional concessions would ultimately end in failure.

“Iran wants the nuclear deal it made,” Zarif wrote in an op-ed in the Foreign Affairs magazine.

The agreement was largely left in tatters after former U.S. president Donald Trump unilaterally withdrew and ordered officials to reimpose tough penalties against Tehran as part of his administration’s “maximum pressure” policy.

The deal was agreed in 2015 between Iran, the United States, China, Russia, Britain, France and Germany.

It offered sanctions relief in exchange for curbs on Tehran’s nuclear ambitions and guarantees it would not seek an atomic bomb. Iran maintains it has only pursued a civilian nuclear energy program.

A new wave of U.S. sanctions have hit hard Iran’s vital oil sector and its international banking ties, plunging the economy into a recession.

But Tehran has signalled it could be willing to engage the new White House administration while rhetoric from officials in Moscow has suggested a change in tack in Washington from the Trump administration.

Joe Biden’s pick for secretary of state, Anthony Blinken, said at a Senate confirmation hearing this month that Trump’s policies had made Iran “more dangerous.”

While Blinken confirmed Biden’s desire for Washington to return to the nuclear agreement, both sides have said the other must return to full compliance before the accord is implemented again.

Since the deal began unraveling with the U.S. exit, Russia and European signatories have advocated efforts to salvage the accord and cautioned Iran against bolstering its nuclear enrichment.

The ministry earlier this month blamed Iran’s departure from norms of the nuclear deal on “systematic crude violations” by the United States and praised the Islamic republic for its stated willingness to rejoin its obligations.

Moscow appears cautiously optimistic over the fate of the deal under the new White House administration after its arms negotiator described Washington’s position as “businesslike and pragmatic.”

“It means there is a chance to move forward,” Mikhail Ulyanov told state-run television last week.

But time is running out for signatories to restore the nuclear deal and bring all parties back on track.

Legislation passed by Iran’s parliament in December requires Tehran to boost uranium enrichment and limit UN inspections if sanctions are not removed by February.