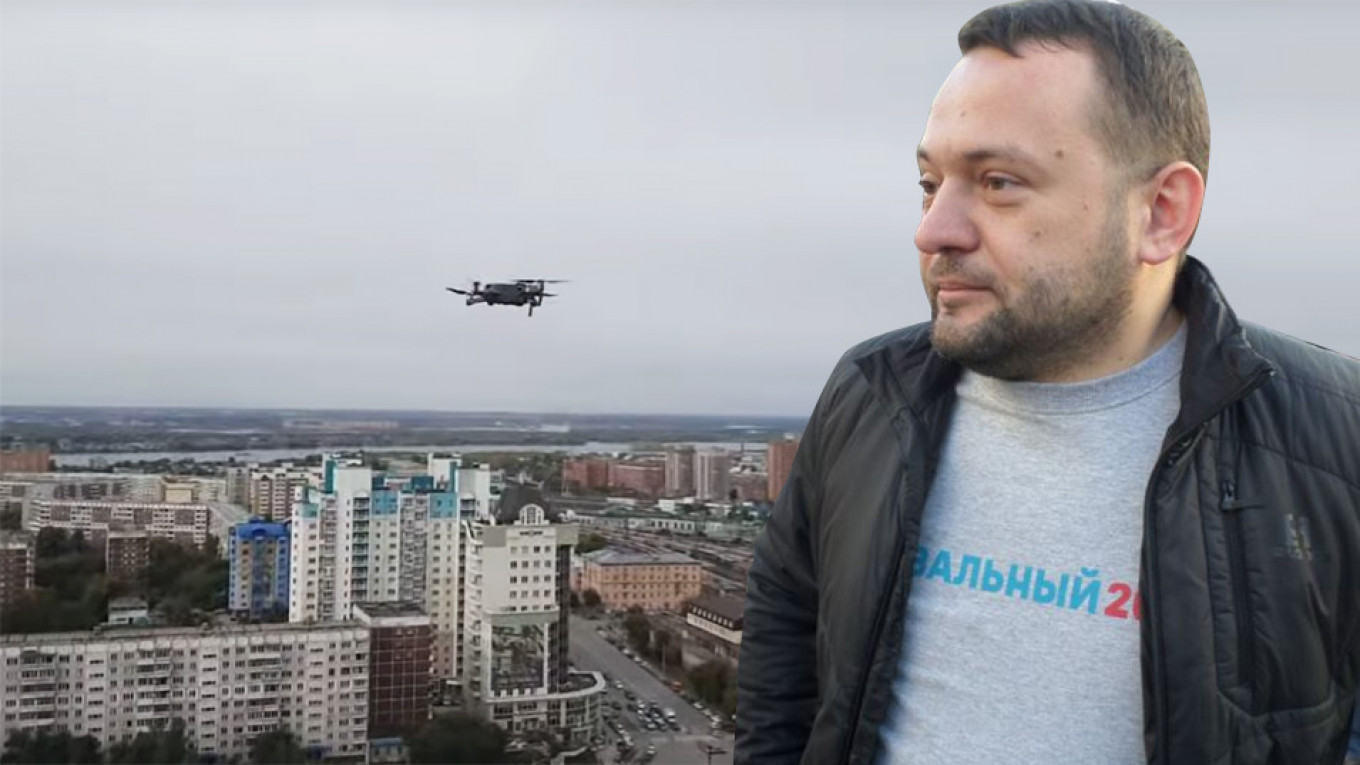 A supporter of Kremlin critic Alexei Navalny has filmed himself “evacuating” his hard drives on a drone as police closed in on his high-rise apartment building during nationwide mass raids.

Navalny and his allies said police carried out more than 200 searches in 41 towns and cities, including Russia’s third-largest city of Novosibirsk, as part of a money-laundering investigation. His close associates said activists were taken in for questioning and technical hardware was confiscated.

Sergei Boyko, Navalny’s coordinator in Novosibirsk who was among the raid subjects, attempted to keep his hard drives by loading them onto a drone and launching the drone from his balcony.

“All the important digital information is on there,” Boyko said in a video that also showed authorities breaking into his home and office.

“The evacuation is complete: The drone arrived at its destination, the person caught it… and no one will get their hands on [my digital assets],” he declared.

Police searched his apartment a second time Friday. Boyko told local media “they must have gotten upset by the drone video.”

Authorities have also carried out searches in the apartment of Boyko’s younger brother early Friday, he said in a social media post.

“That’s not where yesterday’s drone flew, but it didn’t keep the security forces from sawing off [his] door and beginning searches without a lawyer and with false witnesses,” Boyko wrote.

Boyko was defeated by the Communist Party incumbent in Sunday’s mayoral race in Novosibirsk, one of the dozens of cities and regions to hold local elections that day.

The mass raids happened four days after the ruling party, which supports President Vladimir Putin, lost a third of its seats in the Moscow city council while easily retaining its nationwide dominance.

Navalny, whose allies had been barred from running for the Moscow City Duma, had urged people to vote tactically to try to reduce the chances of Kremlin-backed candidates.