Navalny Due in Court Wednesday on Charges of Defaming War Veteran 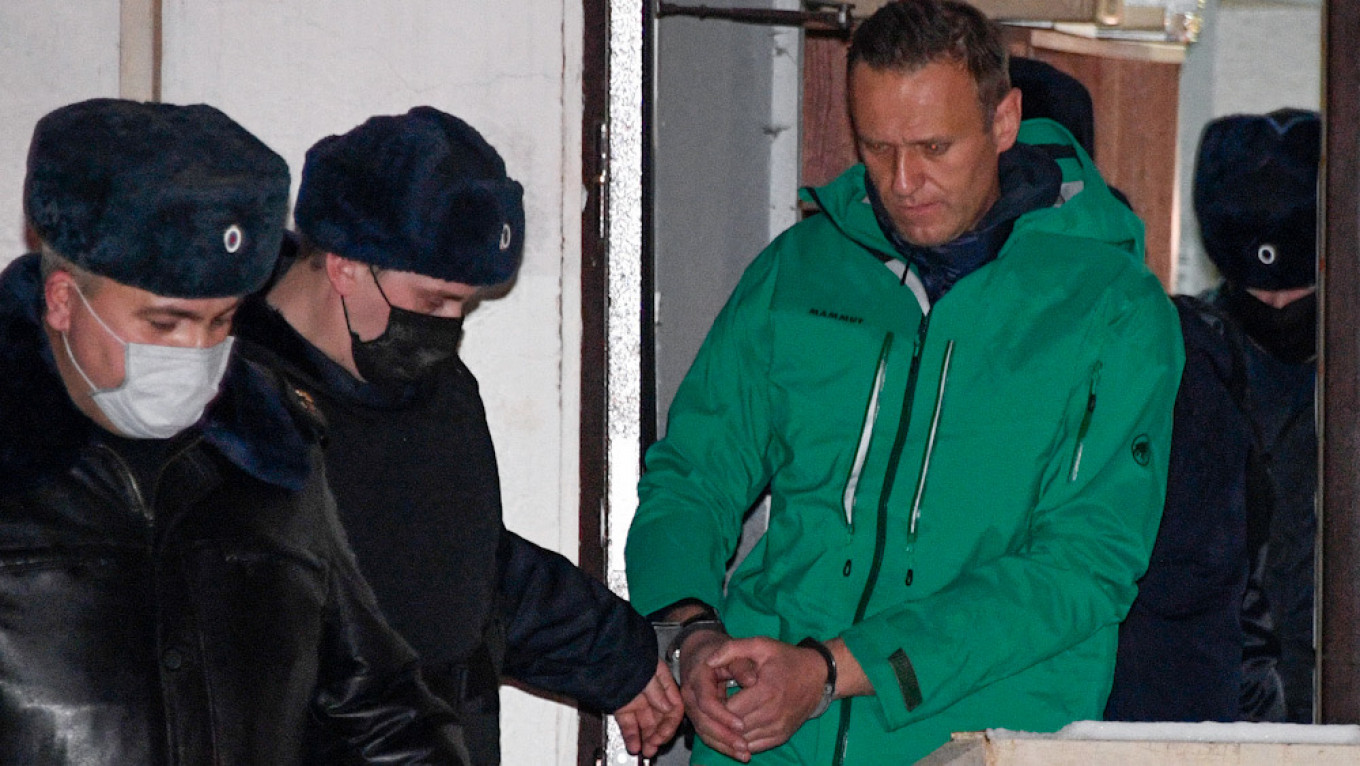 Update: The hearing has been postponed to 10:00 a.m. on Feb. 5 because Navalny was unable to attend the original hearing date while in detention, the independent Mediazona and Dozhd news outlets reported.

Kremlin critic Alexei Navalny, who was detained on his return to Russia for violating a suspended sentence, is due in court Wednesday on separate charges of defaming a World War II veteran, his lawyer said.

The Investigative Committee, which probes major crimes, opened a probe into Navalny for libel in June for “discrediting the honor and dignity” of the veteran.

The Investigative Committee said at the time that the veteran had spoken out in a promotional video in favor of constitutional amendments passed last summer that allow President Vladimir Putin to remain in office until 2036.

Navalny posted the video on Twitter, calling the veteran and others featured in it “the shame of the country,” “people without a conscience” and “traitors”.

The probe had been suspended while Navalny was hospitalized in Germany following a near fatal poisoning attack in August.

The 44-year-old anti-graft campaigner accuses Putin of ordering the poisoning, a claim the Kremlin has repeatedly denied.

Navalny was detained on his return to Russia on Sunday for violating the terms of a 2014 suspended sentence by not checking in with Russia’s prison service twice a month.

On Monday, a makeshift court in a police station ordered the Kremlin critic to be held in custody until Feb. 15.

He was then moved to Moscow’s Matrosskaya Tishina detention centre, where he will spend his first 14 days in custody in quarantine due to coronavirus restrictions.

A lawyer for Navalny, Vadim Kobzev, told the Ekho Moskvy radio station on Tuesday that it was up to the Moscow court hearing his libel case to make sure he appears in front of the judge.

“Will it be able to do this given the 14-day quarantine is unclear,” Kobzev said, adding that he did not know whether Navalny would be able to make an appearance by video link from his cell either.

Kobzev said that the veteran who filed the case will not be present at the hearing having requested that the charges be investigated without his presence.

Libel charges in Russia are punishable by up to five million rubles ($67,650) in fines and five years in prison.

On Feb. 2 a court will begin hearing whether Navalny should see real prison time for his 2014 suspended sentence of 3 years and 6 months.

Navalny and his supporters say both cases are politically motivated.

The Kremlin critic’s arrest over the weekend triggered a wave of condemnation from Western countries who have called for his immediate release.