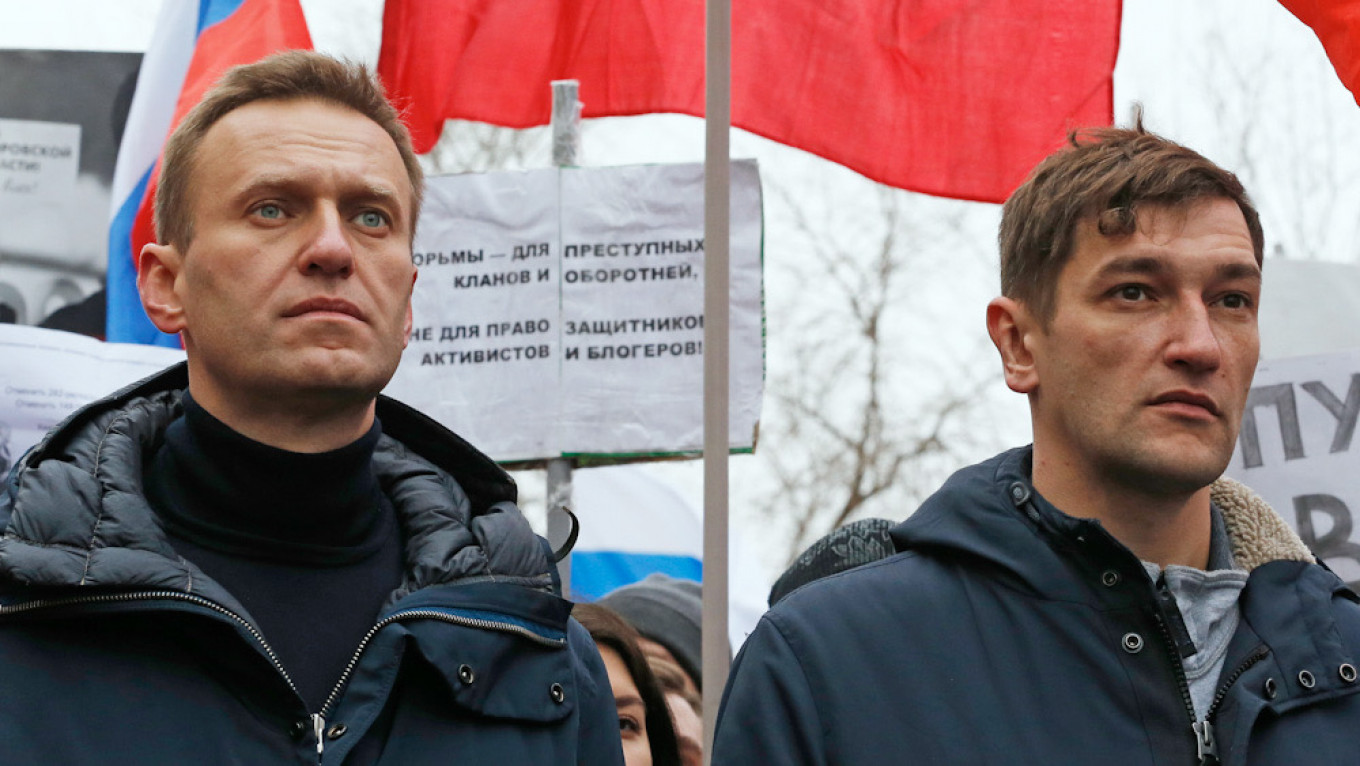 The raids and detentions in more than 30 Moscow locations follow last weekend’s nationwide rallies demanding Navalny’s release that saw nearly 4,000 people detained. Supporters plan to stage another round of unauthorized protests next Sunday, with Russia’s FSB security agency headquarters a key protest site in the capital.

Pussy Riot member Maria Alyokhina is also being held for 48 hours as part of the same criminal investigation.

The charges of violating anti-coronavirus restrictions carry a prison sentence of up to two years and can increase to five years if authorities find that the violations have led to someone’s death. Russia’s Covid-19 crisis center has said that surveillance data spotted at least 19 infected protesters in Moscow, warning of a possible spike in infections within two weeks.

A number of key Navalny allies were detained on the eve of last weekend’s protests and are currently serving administrative arrests for organizing those rallies. Two of them were reported to have been briefly released to accompany raids in their apartments.

Several suspects, including a popular TikToker and a Chechen MMA fighter, face prison time for jumping on a state car and getting into a fistfight with riot police.

Western leaders have condemned what they called a violent crackdown on protesters and demanded their release.

Navalny, 44, called for protests after being jailed under a fraud conviction he claims was politically motivated on his return from Germany, where he was recovering from an August poisoning with the Soviet-era nerve agent Novichok.

The fierce Kremlin critic, who is expected to appeal his 30-day jailing Thursday, faces up to three and a half years in prison at an upcoming trial next week.