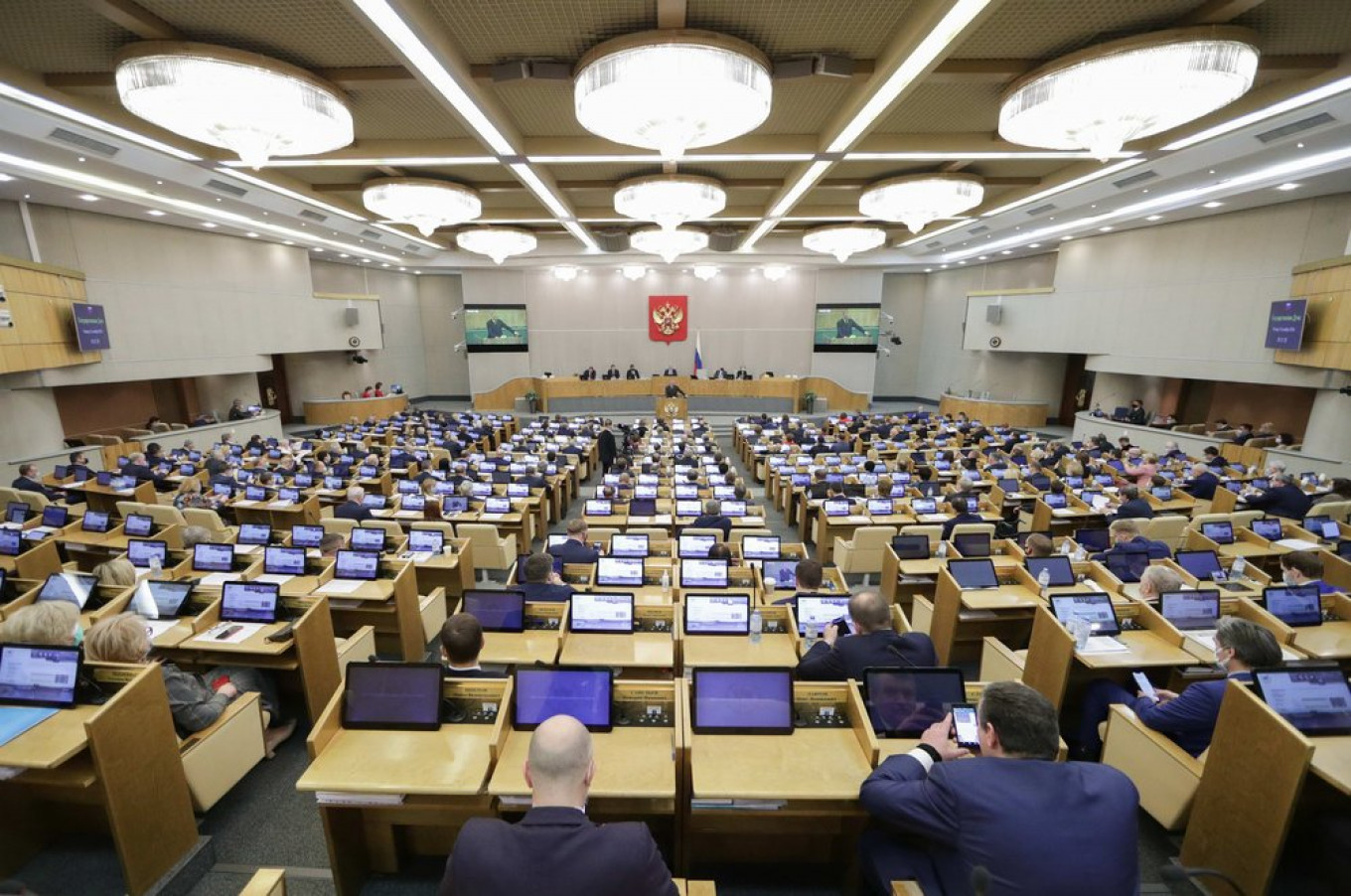 President Vladimir Putin on Wednesday has signed a number of bills into law ahead of the New Year holiday, ranging from new restrictions on protests and online information to the return of Soviet-era “sobering-up stations.”

Here’s an overview of all the latest legislation:

Russia’s federal media watchdog now has the right to block internet platforms such as YouTube, Facebook and Twitter if they are found to “discriminate” against Russian media.

In an explanatory note attached to the bill, its authors wrote that authorities have been receiving complaints from Russian media this year that their accounts have been censored by “foreign internet platforms Twitter, Facebook and YouTube.” Earlier this year, the U.S. tech giants introduced labels for state-affiliated media outlets.

Putin signed new restrictions on public protests allowing Russia’s courts in some cases to recognize queues for a single picket as rallies. The changes also prohibit rallies in front of emergency buildings and impose additional restrictions on journalists covering the protests.

Under the new law, journalists are prohibited from campaigning for or against the goals of a public event, organizing or holding it or organizing the collection of donations and signatures, as well as participating in discussions and decision-making.

In addition, journalists are prohibited from hiding their press badges and other items that identify them as a member of the press.

Sharing personal data and information about the work of intelligence officers, law enforcement agencies, the military and judges is now a criminal offense under a law Putin signed Wednesday.

Previously, intelligence officers’ personal data was only protected in the case of “direct threat to their security and health.” The amended law also extends the protections to officers’ family members.

The law comes on the heels of a recent media investigation led by Bellingcat and CNN that revealed the names, photos and phone numbers of FSB officers alleged to be involved in the poisoning of Alexei Navalny.

Another law Putin signed Wednesday prohibits the use of personal data in the public domain without the owner’s consent and gives citizens the right to ask to take their personal information down.

Under the law, publishing one’s personal data requires the individual’s consent, which must include a list of the online platforms where the information will be published.

Putin approved amendments to the Criminal Code that would make spreading libel online a criminal offense punishable by up to two years in prison. The same punishment would be applied for those found guilty of defamation “against several persons, including individually undefined.”

The amendments expand the types of punishments for the Criminal Code article on libel. Currently, the punishments include fines and compulsory labor; the new changes would add imprisonment, forced labor and arrest to this list.

Bloggers who publish news on Telegram channels popular with Russian-language readers could be impacted by the changes.

Any politically active, foreign-funded individual or organization working in Russia may now be labeled a “foreign agent” under a law signed by Putin on Wednesday.

Foreign-funded individuals who gather information on Russia’s military or military-technical activities can also be labeled as foreign agents.

Privatization of land in national parks

Putin signed a law allowing the privatization of land located within towns and villages inside the economic zones of Russia’s national parks.

An analysis of law enforcement practices previously concluded that current legal protections for national parks significantly restrict the constitutional rights of citizens living on these territories, and prevent local governments from constructing hospitals, schools, kindergartens and from resettling dilapidated housing.

Putin also signed a law that would return sobering-up stations to Russia for the first time since 2012.

Starting Jan. 1, Russian police officers will be allowed to pick up severely drunk people from the streets and take them to one of these stations to return to sobriety. The average night at a sobering-up station, which is normally equipped with beds and medical personnel, costs about 1,500 rubles ($20), the state-run RIA Novosti news agency reported.

Officers will be expected to judge whether an individual has lost “the ability to independently move or navigate the environment.” Based on that assessment, officers will be able to transport the person to a facility, “since the condition of individuals often does not allow them to voluntarily consent to medical intervention.”