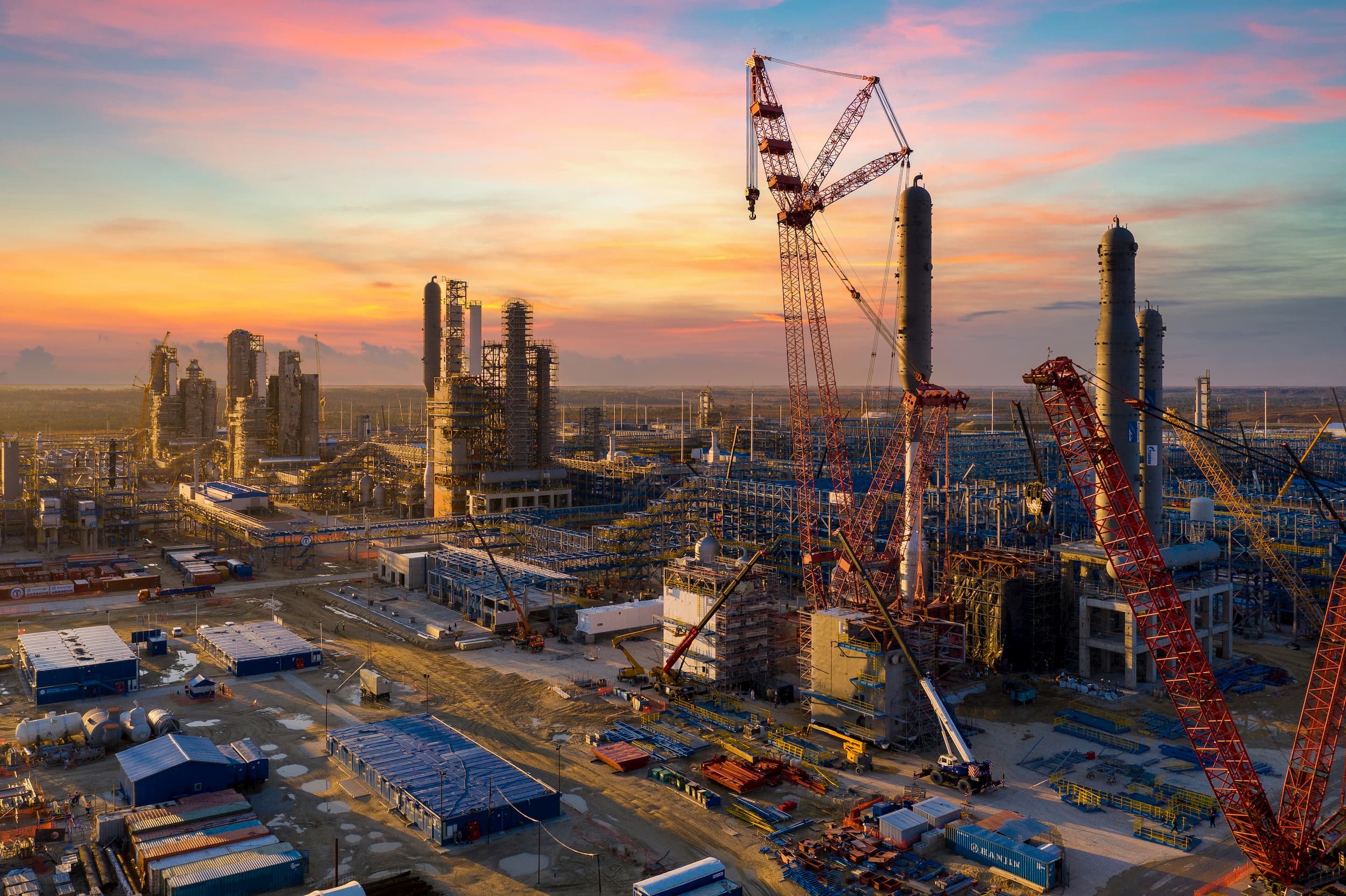 The Gazprom Management Committee took note of the information about the progress of the Amur Gas Processing Plant (GPP) construction project.

It was noted that the active phase of construction and installation operations is in full swing at the site of the future enterprise, with over 30,000 workers and engineers engaged in the operations. As of today, the project’s readiness is at 70.5 per cent. The recruitment process for the GPP’s future staff is underway.

Start-up and commissioning operations continue at the first two production trains, and external thermal insulation is being installed on the core equipment. This is the final stage of preparations for load testing. Both trains will become operational in 2021.

At the third and fourth trains, installation of the core process equipment – the dehydration, purification and cooling units for feed gas; the separation columns for ethane, methane, and nitrogen; and the compressor equipment – is now completed. At the fifth and sixth trains, the first pieces of large equipment – the propane and butane separation columns, as well as the units in which gas will undergo dehydration and purification before being fed into separation units – are already in place. Metal structures are being welded, and pipelines and cables are being laid.

During the 2020 navigation season, 50 pieces of large equipment weighing a total of some 8,000 tons were delivered by sea and river vessels to the Amur GPP’s wharf.

The GPP will receive heat and electricity from the Svobodny TPP. The construction of the TPP’s main building and structures is already finished. In December 2020, the Power of Siberia gas pipeline started feeding gas to the TPP for the purpose of start-up and commissioning of the gas-using equipment.

The central link in the export system for commercial helium – one of the valuable components that will be extracted at the Amur GPP – will be the Logistics Center for servicing thermally-insulated containers. The center, which is being set up near the city of Vladivostok, will be the world’s largest hub for delivering liquid helium to the global market. The project is 73.2 per cent complete. At present, construction of the hub’s off-site facilities is finished, the core and auxiliary process equipment is installed, and electricity is now being supplied to the Logistics Center. A natural gas liquefaction unit is currently being built with the aim of refueling trucks that will carry the containers.

The construction of the Amur GPP is one of the largest infrastructure projects of Gazprom in Russia’s Far East. The plant will process multi-component natural gas received via the Power of Siberia gas pipeline from the Yakutia and Irkutsk gas production centers. Valuable components extracted in the course of processing will be used as feedstock for the petrochemical and other industries.

The plant will have six production trains, with the first two trains slated for commissioning in 2021. The remaining trains will be consecutively put in operation before the end of 2024. The GPP is expected to reach its design capacity by 2025.

In addition to natural gas and helium, the GPP’s commercial products will include ethane, propane, butane, and pentane-hexane fraction.

Gazprom Pererabotka Blagoveshchensk (part of the Gazprom Group) is the project company for the Amur GPP project. Construction management is carried out by NIPIGAZ (part of the SIBUR Group), general contractor.

Financial and economic policy Conference held
June 16, 2021
The Lepse floating maintenance base no longer poses a nuclear threat to the Arctic
June 15, 2021