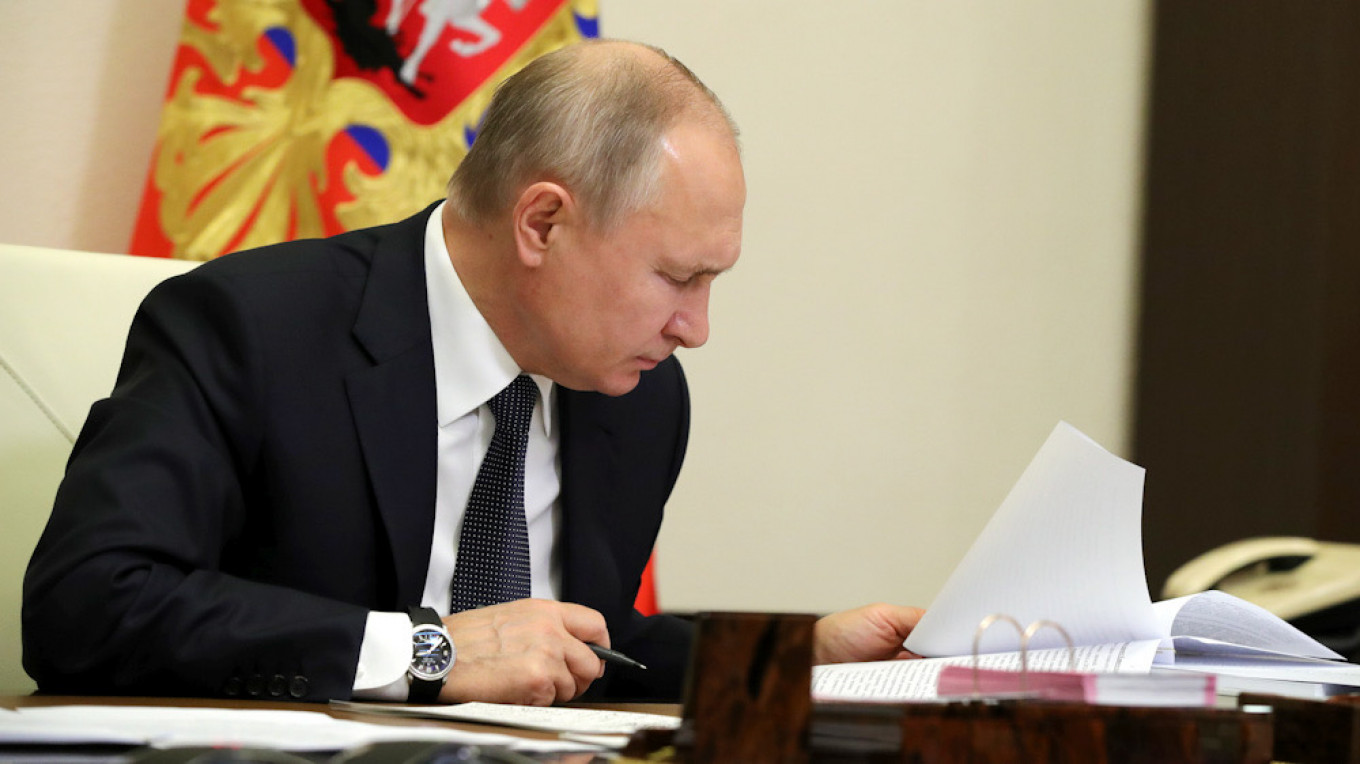 President Vladimir Putin has signed into law a bill allowing any politically active, foreign-funded individual or organization to be labeled a “foreign agent.”

The new law significantly widens the scope of who can be recognized as a foreign agent in Russia and has been criticized as an effort to stamp out critical voices. The foreign agent law first passed in 2012 initially targeted media outlets and civil society groups and has been gradually expanded since to include individual journalists and bloggers.

Under the law signed by Putin on Wednesday, foreign-funded individuals who gather information on Russia’s military or military-technical activities will also be labeled as foreign agents.

These individuals and groups must be referred to as foreign agents any time they are mentioned in the media. However, the latest amendments to the law remove the requirement for bloggers and regular citizens to label information about foreign agents.

The law will come into force 10 days after it is published.

The legislation comes amid a flurry of new additions to Russia’s foreign agents registry, which critics say marks a renewed crackdown on voices critical of the Kremlin ahead of next year’s parliamentary elections.

This week, the Justice Ministry added five individuals to the registry for the first time ever, setting a precedent to target specific journalists and human rights activists instead of just organizations.