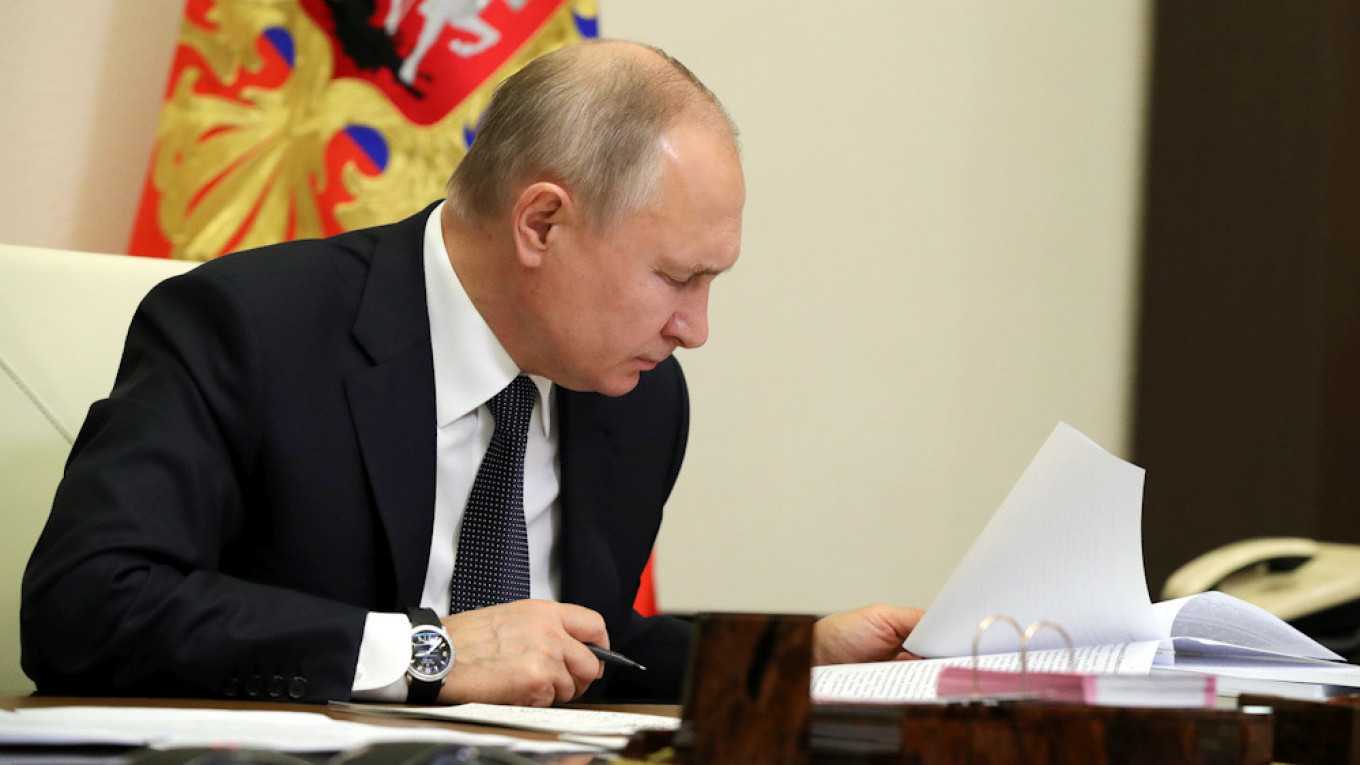 Russian President Vladimir Putin has signed off on legislation extending a key nuclear pact between Russia and the United States by five years, the Kremlin said Friday.

“Russian President Vladimir Putin signed the federal law ‘on the ratification of the extension of the agreement between Russia and the U.S.’,” the Kremlin said in a statement, referring to New START.

“The current federal law enters force on the day of its official publication,” the statement said.

The Kremlin said the extension of the pact “allows to preserve the transparency and predictability of strategic relations between Russia and the United States, [and] to support global strategic stability.”

Russia’s parliament had backed the extension earlier this week.

Putin had submitted the bill to both houses of parliament after the Russian leader and new U.S. President Joe Biden held their first phone call Tuesday evening.

Addressing the World Economic Forum being held virtually this year, Putin on Wednesday hailed the extension of the treaty as a positive development in reducing global tensions.

“No doubt it is a step in the right direction,” Putin said.

Signed in 2010, New START caps to 1,550 the number of nuclear warheads that can be deployed by Moscow and Washington, which control the world’s largest nuclear arsenals.

The agreement, which is due to expire on February 5, is seen as a rare opportunity for compromise between Moscow and Washington, whose ties have dramatically deteriorated in recent years.