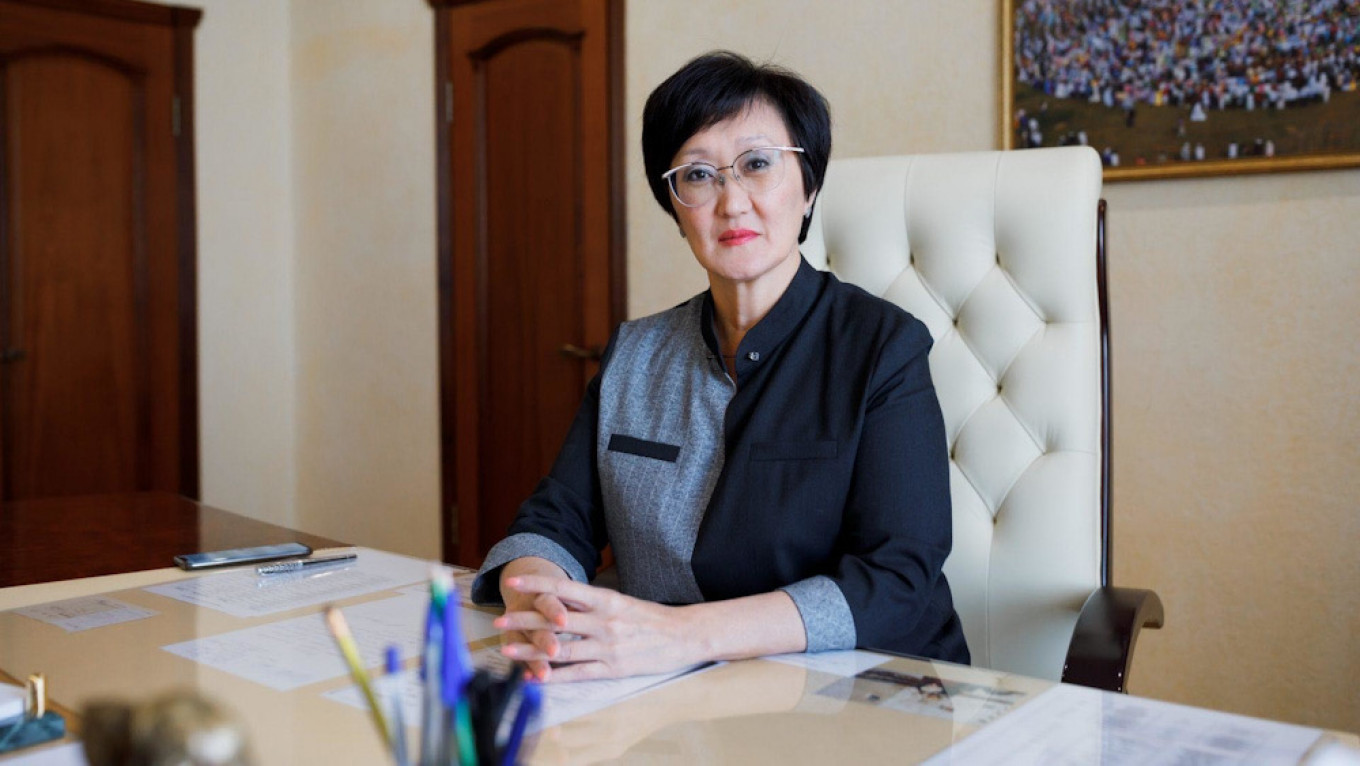 In her two-and-a-half-year stint running Yakutsk, a remote, Far Eastern city of 300,000, the 48-year-old political independent rose to national prominence as her populist style, savvy social media use and unorthodox policy positions marked her out from the often uncharismatic technocrats who govern most Russian cities.

However, in a shock Jan. 11 message to her more than 200,000 Instagram followers, Avksentiyeva announced that it was all over.

“My family are very worried about my health. Today, Jan. 11, I will submit my resignation to the City Duma,” she wrote, saying only that she would soon undergo an operation and was suffering from “stress.”

Though not unexpected, the suddenness of her exit has left many experts believing that Avksentiyeva — who opposed last summer’s constitutional rewrite that allows President Vladimir Putin to remain in power until 2036 — was forced out by a Kremlin keen to clear the political field of opponents ahead of fraught Duma elections due in September.

“She most likely is genuinely ill,” said Ildus Yarulin, an expert in the politics of the Russian Far East and professor at Pacific National University in Khabarovsk.

“However, given the context, I am inclined to think she was persuaded to go.”

In some ways, Avksentiyeva’s career was always likely to end prematurely.

In 2018, she was elected the first woman mayor of Yakutsk — the capital of the vast Yakutia region and one of the coldest major cities on earth as it is built entirely on permafrost. The former history teacher edged out a candidate backed by the pro-Kremlin United Russia party, a rare defeat for the ruling party.

The victory was part of a wave of stinging defeats for United Russia in 2018, as a wildly unpopular pension reform saw it punished at the polls, losing a string of regional governorships.

It was a story with echoes in the neighbouring Khabarovsk region, where Sergei Furgal — a member of the far-right Liberal Democratic Party — had been swept into office by the 2018 anti-government backlash on a similarly populist platform, trouncing a United Russia incumbent.

His July 2020 arrest on decade-old murder charges sparked huge protests in his Far Eastern home region, while also offering a salutory reminder of the dangers of defeating Russia’s ruling party.

If anything, however, Avksentiyeva’s stint in office was even more provocative than Furgal’s.

Her charisma and modest lifestyle, together with being one of very few senior officials from outside United Russia, made her a minor media sensation, with outlets from The Economist to Latvia-based news site Meduza sending journalists thousands of miles to profile the mayor of a distant, frigid city.

She also won plaudits from opposition activist Alexei Navalny, who described her as a mayor “feared by the Kremlin” in a September video.

Even so, Avksentiyeva took pains to avoid offending the authorities in Moscow, walking a tightrope between implicit dissent and public displays of loyalty.

Despite rising to prominence after beating the increasingly unpopular United Russia, she subsequently registered as an affiliated supporter of the party.

She explained her vote against the constitutional amendments that waived Putin’s term limits as motivated not by opposition to the president — who she said she supports remaining in office — but by one specific amendment that would allow the state to abolish directly elected mayors, a tactic previously used to eliminate opposition-minded mayors in cities like Yekaterinburg.

“Avksentiyeva is by no means a member of the opposition,” said Yarulin, the politics professor.

“But that by itself wasn’t enough to keep her in office.”

While rumours of the mayor’s potential ouster had been circulating in media reports and on Telegram channels since February 2020, experts suggest that the build-up to elections to the State Duma due in September may have precipitated moves against her.

With United Russia, still widely unpopular after the 2018 pension reform, bidding to defend a two thirds supermajority even as its polling is mired around 30%, the central government is increasingly reliant on loyal local allies willing to support the ruling party’s campaign.

“It is much harder to use administrative resources to falsify the results when you have an opposition mayor,” said Abbas Gallyamov, a political consultant and former speechwriter for President Putin.

“As long as United Russia’s polling is hovering around 30%, the Kremlin has to fight for every last vote.”

In Yakutia, the electoral math is especially challenging. In general, Russia’s Far East, where post-Soviet economic decline and a sense of neglect by a distant Moscow are keenly felt, is known for producing strong results for opposition candidates.

Yakutia in particular, where underlying tensions between the indigenous Yakut people and local Russians further complicate matters, has cultivated a reputation as among the most politically problematic regions for Moscow.

In the 2018 presidential election, Yakutia gave Vladimir Putin his lowest result of any Russian region, with a 64% vote share undershooting the president’s nationwide margin by almost 15%.

With Avksentiyeva endorsing as her successor a United Russia member, Moscow can likely now depend on a loyal mayor to see the ruling party through a stormy election season.

For Yakutsk political analyst Tamara Shamshurina, the sudden end of Avksentiyeva’s time in office is a reminder of the ability of Russia’s state structures to impose its preferred outcomes, even in a region as remote and rebellious as Yakutia.

“The system is not forgiving when election results break its rules,” she wrote.