Last April, Singapore-based AAMG announced that it intends to set up the Tunku Laksamana Cancer Center, an advanced cancer treatment centre in Malaysia’s Johor state. The project has received the strong support of His Majesty Sultan Ibrahim Ibni Almarhum Sultan Iskandar, the Sultan of Johor, one of 13 states in Malaysia.

“This is a big step we’re taking towards potentially improving sustainability, accessibility and efficiency of healthcare for oncological patients in the region. According to the World Health Organization, an estimated 1.2 million lives in Southeast Asia were lost to cancer in 2012 and that number is predicted to increase by 40% by 2030. With these alarming statistics, private companies like AAMG aim actively at improving the situation. Rusatom Healthcare’s expertise in nuclear medical technologies will ensure the center offers state of the art healthcare services in cancer treatment, research and education,” said Mr. Egor Simonov. 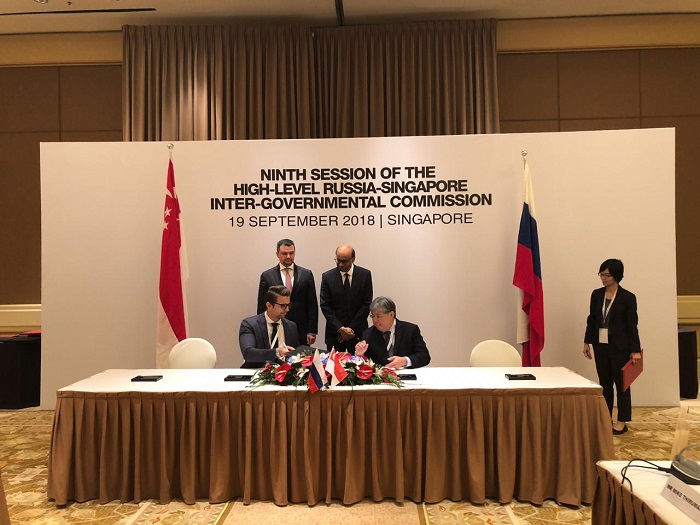 AAMG’s Dato’ Dr. Tan, a renowned liver surgeon who believes that modern nuclear medicine can help address the scourge of cancer in the region, said: “Nuclear medicine to diagnose and treat cancer victims has become increasingly popular in Southeast Asia in recent years. The understanding, effectiveness and safety aspects of nuclear medicine have also improved considerably. The proposed nuclear medicine centre, which can serve patients from Malaysia as well as neighboring Singapore, can position Johor as a leading medical destination with the best oncological care in the region.”

ROSATOM is a Russian state corporation, one of the global technology leaders. It is among the largest companies of the Russian Federation and one of the biggest tax payers of the country. It unites assets in the field of nuclear energy, NPP designing and construction and nuclear power engineering. ROSATOM is the largest power generating company in Russia, which in 2017 generated 202 868 billion kWh of electricity (18.9% of the total electricity generated in Russia). ROSATOM holds the first place in the world in terms of volume of foreign projects portfolio (36 power units in 12 countries), second place in the world in uranium reserves and forth place in uranium mining. ROSATOM covers 17% of the global nuclear fuel market. ROSATOM activities also include the manufacture of equipment and isotope products for use in nuclear medicine, research and development, material sciences, supercomputers and software, manufacture of various nuclear and non-nuclear innovative products. The ROSATOM strategy foresees the development of the projects for clean energy generation, including wind power engineering. ROSATOM unites over 300 enterprises and companies, including the unique world nuclear icebreaking fleet. Through its subsidiary Rusatom Healthcare, ROSATOM provides the full range of services in nuclear medicine, from facilities construction and operation to the supply of isotopes worldwide. The company implements projects in two areas: nuclear medicine and innovative product processing technologies.

Singapore-based Asian American Medical Group (“AAMG”) was established in 1994 and has been listed on the Australian Securities Exchange since September 2009. The Group’s operations include the Asian American Liver Centre Pte Ltd (“AALC”) and the Asian American Radiation Oncology Pte Ltd (“AARO”). Led by hepatobiliary specialist and liver transplant surgeon Dr Tan Kai Chah, AAMG was first established as a liver centre, formerly known as Asian Centre for Liver Diseases and Transplantation (ACLDT). This followed the Group’s re-branding exercise and strategic collaboration in 2012 with US-based global health enterprise UPMC. UPMC is a world-renowned health care provider located in Pittsburgh, PA, USA and is ranked nationally in 15 specialities including Transplant and Oncology.