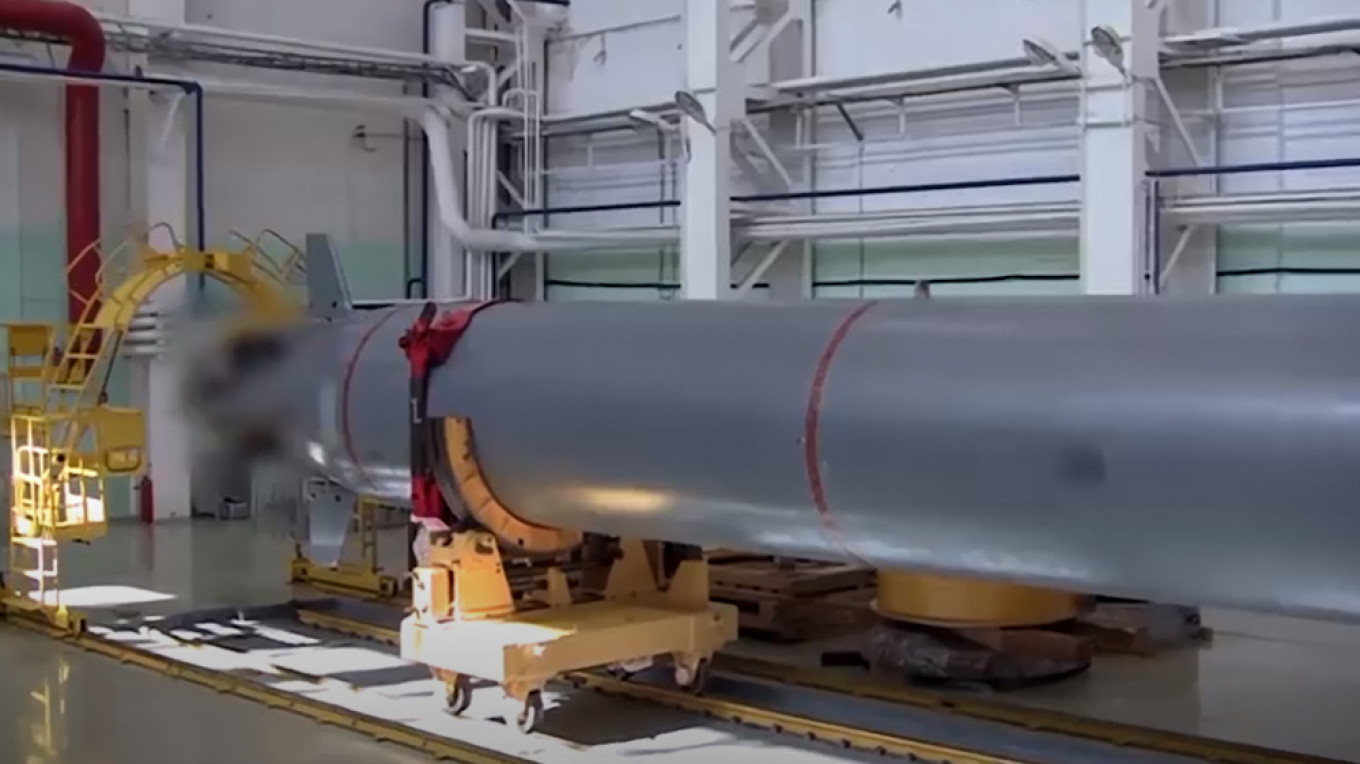 Russia is building a coastal base for its unmanned underwater “doomsday nuke” to extend its lifespan, the Izvestia newspaper reported Thursday, citing specifications it said it had obtained.

The Defense Ministry had indicated in 2020 that testing of the torpedo-shaped Poseidon drone was nearing completion but its launch was postponed to 2021. Russia was due to test-launch the Poseidon in the Arctic aboard one of two special-purpose submarines carrying it in the fall.

Russia plans to complete a storage and maintenance base with warehouses and workshops where the Poseidon will assume combat duty and conduct launches by June 2022, Izvestia reported.

While the base’s location has not been disclosed, it is known that at least 30 Poseidons are expected to be deployed in the Russian Navy’s Northern Fleet and two others in the Pacific Fleet. According to Izvestia, crews of the Belgorod submarine have already begun “practical training” of the new weapon.

Military experts interviewed by the publication noted that the coastal base and its accompanying infrastructure are needed to extend the Poseidon’s service life.

“Throwing such equipment directly in the water is like throwing it away and turning it into a piece of scrap metal,” Izvestia quoted Rear Adm. Vsevolod Khmyrov as saying.

Voters chose the underwater nuclear-powered drone’s name of Poseidon in a 2018 online poll. Izvestia reported that its previous code name was Skif, a name that some outlets said referred to the drone’s seabed-launch variation.