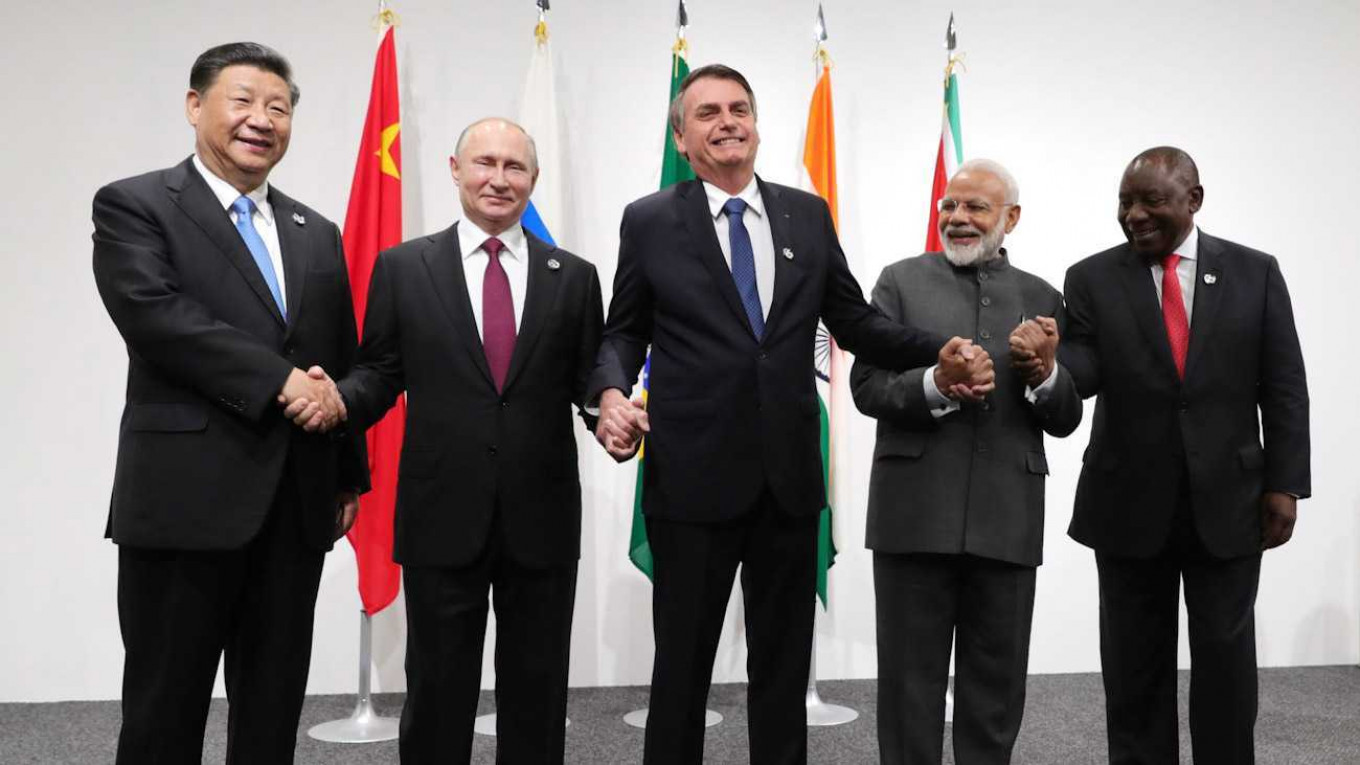 Russia announced on Wednesday that the coronavirus pandemic has forced it to postpone two international summits set for St. Petersburg in July.

Officials responsible for the BRICS and SCO summits “decided to postpone” both events scheduled for July 21-23 in Russia’s second city, according to a statement on the Kremlin website.

The decision was made “taking into account the global coronavirus pandemic and the associated temporary restrictive measures,” it added.

The summits would have brought together leaders of BRICS countries, an association of five emerging economies — Brazil, Russia, India, China and South Africa.

The last BRICS summit was held November in Brazil, before the outbreak of the pandemic.

It would have also convened leaders of Shanghai Cooperation Organization countries, which include Russia, China, India, Pakistan and several Central Asian countries.

The Kremlin said new dates would be decided depending on the virus situation of countries participating in the summits “and in the world as a whole.”

President Vladimir Putin said this week the peak of the pandemic had passed in Russia and official figures Wednesday showed a decrease in active cases for the second day in a row.

With 370,680 total infections, Russia has the third-highest number of cases after the United States and Brazil.