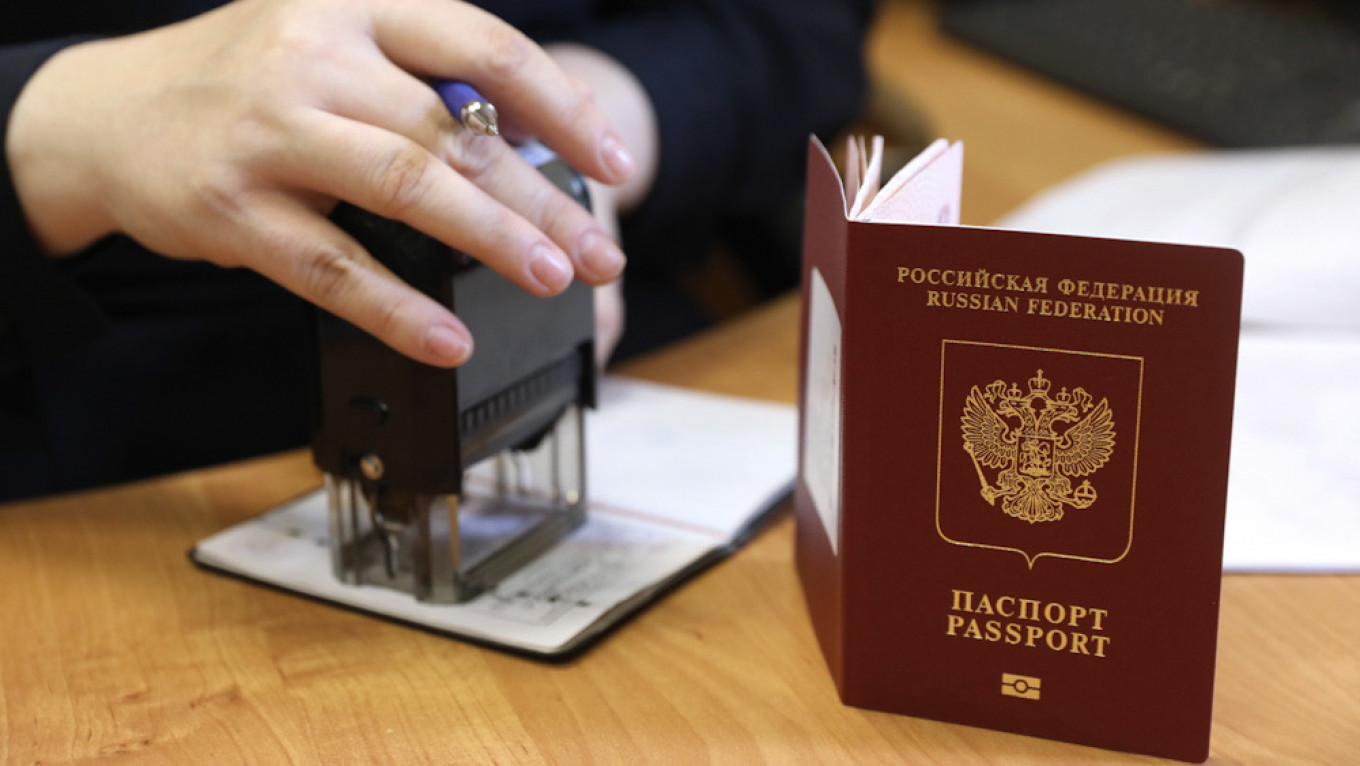 Russia is planning to introduce a golden visa scheme, offering foreigners a permanent residency permit in exchange for investing in the Russian economy, the Izvestia news site reported Friday.

Draft legislation drawn up by the country’s Economy Ministry would seek to woo foreign investors by offering residency rights for investments in the Russian economy starting at 10 million rubles ($130,000). Russia hopes the scheme will attract investors from “problematic” jurisdictions in Africa, the Middle East and across Asia.

Russian permanent residency permits give holders a range of rights similar to Russian citizens, with the exception of full voting rights or being conscripted for military service. Permanent residents are taxed at the same level as Russian citizens — which can be significantly lower than for foreigners. They can also enter and leave Russia without a visa, use Russia’s visa-free schemes with other countries, work without the need for a work permit, access social services and start businesses and buy property with less bureaucracy.

However, some experts told Izvestia the proposed costs of the Russian program were relatively high compared to many other investment-for-residency schemes in more sought-after jurisdictions, such as some EU countries and Caribbean islands.

The cheapest option proposed by the Economy Ministry would require a foreigner to start a Russian company, invest 10 million rubles ($130,000) and hire at least 10 Russian workers. To gain residency by buying property or government bonds, an applicant would require an investment of at least 30 million rubles ($390,000). A similar program in Greece, which offers permanent residency in the EU, requires only a 250,000 euro ($300,000) property investment.

It is also expected that applicants would still need to pass a Russian language test to be successful. Russia’s requirements for permanent residents to declare foreign bank accounts may also quell appetite for the program, The Bell reported.

Russian authorities have not looked favorably on other golden passport and visa schemes, which have helped wealthy Russians — and their cash — leave the country. The country embarked on a controversial push in recent years to lure Russian investors to return — the so-called “Titov list” — promising tax amnesties for those who bring capital back to Russia.

Deputy head of the Economy Ministry Mikhail Babich said Russia did not want its scheme to be open to abuse.

“The granting of a residence permit should be an incentive for foreign citizens interested in investing in our economy, but not create false preconditions for obtaining migration,” he said.