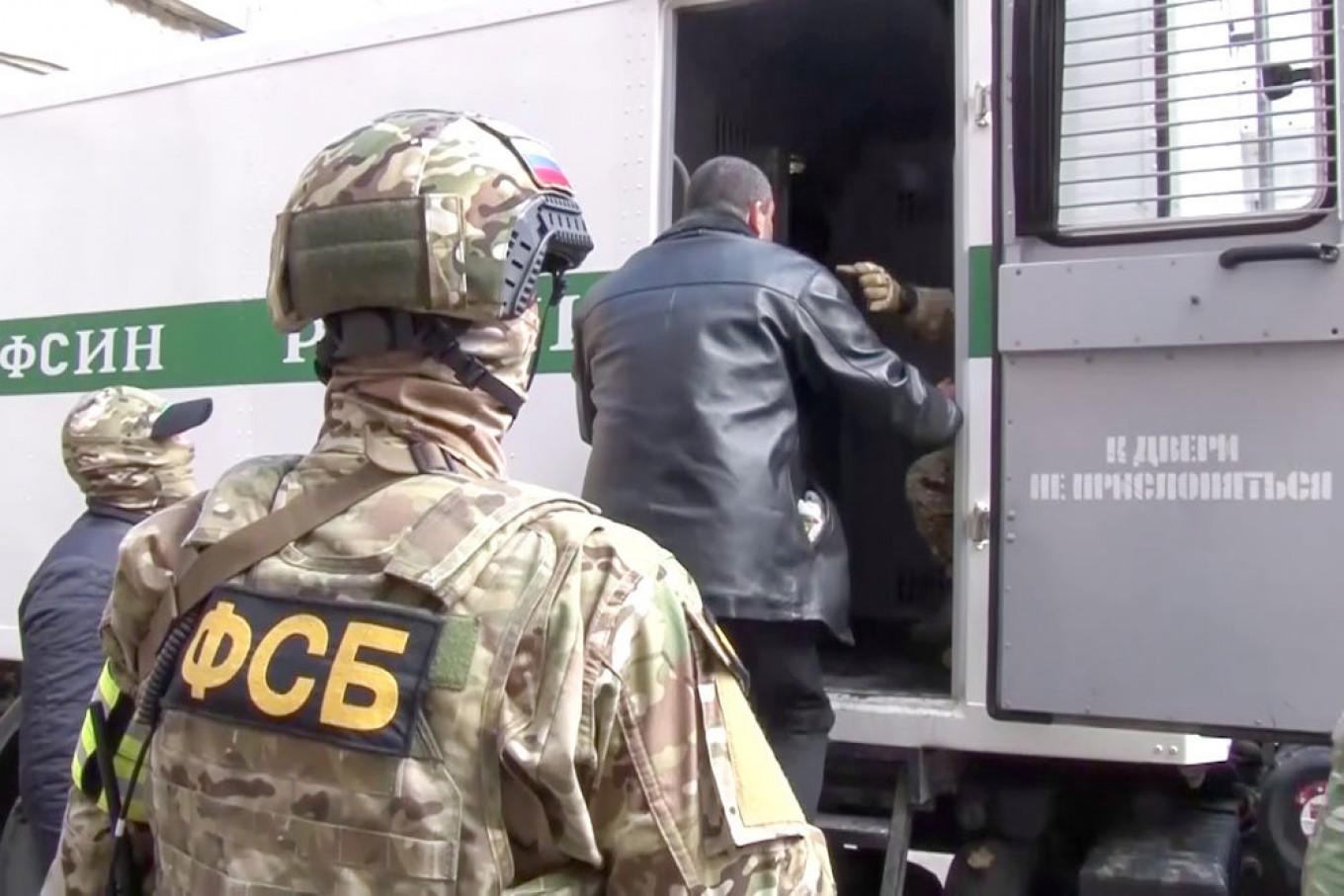 A St. Petersburg court has ruled to keep two suspects in a thwarted New Year’s attack who were arrested on a U.S. tip in custody until trial, the court said Monday.

The two have confessed to plotting an attack, the FSB said in a short statement announcing the arrests Monday.

It did not indicate where they were allegedly planning to attack, but the St. Petersburg-based Fontanka news website, citing an unnamed FSB source, identified the potential locations as the central Kazan Cathedral and a shopping mall.

An FSB video showed authorities rounding up Semyonov and Chernyshov and displaying ammunition and knives in apartment raids.

Another video Russian media said was released by the FSB showed a masked man in a dimly lit room pledging allegiance to the Islamic State.

An AFP photographer said one of the suspects appeared in court with a bruised face.

Putin also phoned Trump in December 2017 to thank him for a CIA tip that Russia said helped prevent a bomb attack on Kazan cathedral.

The FSB announced then that it detained seven suspected members of an Islamic State sleeper cell.

Reuters and AFP contributed reporting to this article.