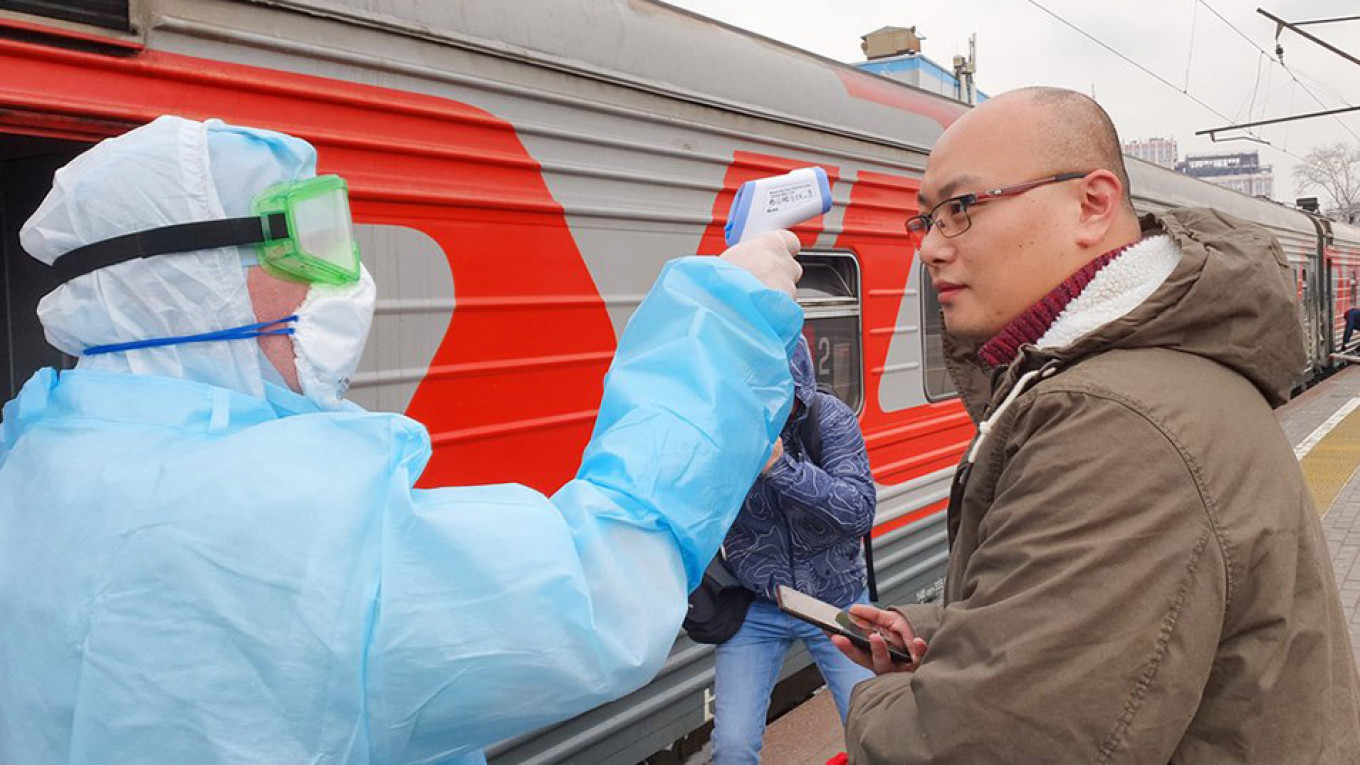 Russia said on Monday it may deport foreigners who test positive for coronavirus as Russian military planes flew in to evacuate its citizens from the Chinese province at the epicentre of the outbreak which has killed 361 people.

Russia, which has a 4,300 kilometer (2,670-mile) land border with China, reported its first two cases of the virus last week in the Siberian regions of Tyumen and Zabaykalsk. Both involved Chinese nationals.

Russia halted passenger trains to China as of Sunday night and the last train from Beijing rolled into Russia empty after 136 passengers – all Chinese nationals – were taken off at the border, the state-run RIA news agency reported.

Moscow has already restricted direct flights to China, its largest trade partner, and the remaining flights are being routed through a separate terminal at Moscow’s Sheremetyevo International Airport.

“We’re not scared yet but if doctors diagnose (coronavirus) cases in Moscow then of course (we will be),” a security official wearing a mask at a check point at the terminal for China flights, told Reuters.

Starting from Tuesday, Sheremetyevo will be the only place where foreign citizens coming from China by air can enter Russia.

Border guards and customs officials at Moscow airports are wearing gloves and medical masks. In the capital, people have been rushing to stock up on masks and some pharmacies have sold out, the Vedomosti business daily reported.

“This will allow us to deport foreign citizens if they are found to have such a disease, and to introduce special restrictive measures, including isolation or quarantine,” he said.

Postponement would free up the schedule of energy minister Alexander Novak who is facing increased calls from his OPEC partners for a joint action to stabilise oil prices.

Military planes are due to fly back 130 Russian nationals from China’s Hubei province on Monday, officials said. Separately, 58 other citizens had been repatriated via Russia‘s far eastern border as of Saturday, local authorities said.

The Far East Primorye region has also opened special quarantine zones for Chinese people arriving in Russia and they will be held there for 14 days regardless of whether they have tested positive for the virus or not, officials said.

Russia‘s second-largest food retailer Magnit said on Monday it was suspending fruit and vegetable imports from China due to the spread of the coronavirus and logistical complications.

In the Far East, some vegetables doubled in price and even disappeared altogether when authorities restricted trucks passing into Russia from China, but that measure was lifted on Monday, local officials said.