Of course, what a holiday it will be without a feast! Russian cuisine is plentiful and various. According to the tradition, everywhere you will be met with bread and salt. Bread is a symbol of a plenty table while salt is an ancient symbol of keeping a house away from troubles. Since the 9th century the honey bread has been known, it consisted on a half of honey and berry juice. Several centuries later people began to add spices into it and called it «pryanik» (gingerbread). 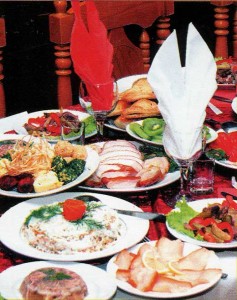 Honey is not just a sweetness, it’s a base of a wellknown Russian beverage — medovukha. The tsars and ordinary people drank it. Honey had been cooked in every house. The deficiency of honey in the house was considered to mean the extreme poverty. 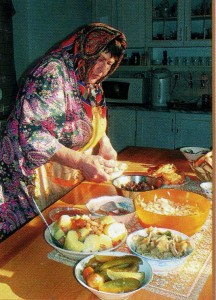 Among the beverages you will be also offered kvass, different berry and fruit infusions and traditional Russian vodka.

It’s difficult to cope with all this variety of the refection, those are all kinds of pickled products, indispensably mushrooms, red caviar and a special dainty — black caviar, pancakes and pies with different filling. 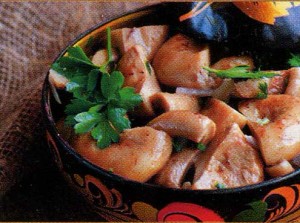 In the middle of the festive table the main dish may «shine» — it’s a sturgeon, a sucking-pig or a goose with apples. Also the traditional dishes are stchi, solyanka and the cold soup «okroshka». For the desserts there are honey gingerbreads, sweet pies, and of course a famous Guriev porridge. In Russia people always liked and knew how to entertain guests. Travelling to the ancient towns of the Golden Ring, you will be able to feel all the generosity and sincerity of the Russian hospitality. 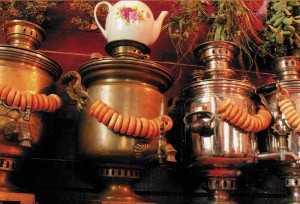 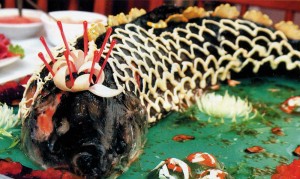