Russian Role in C.Africa Grows Ahead of Weekend Vote 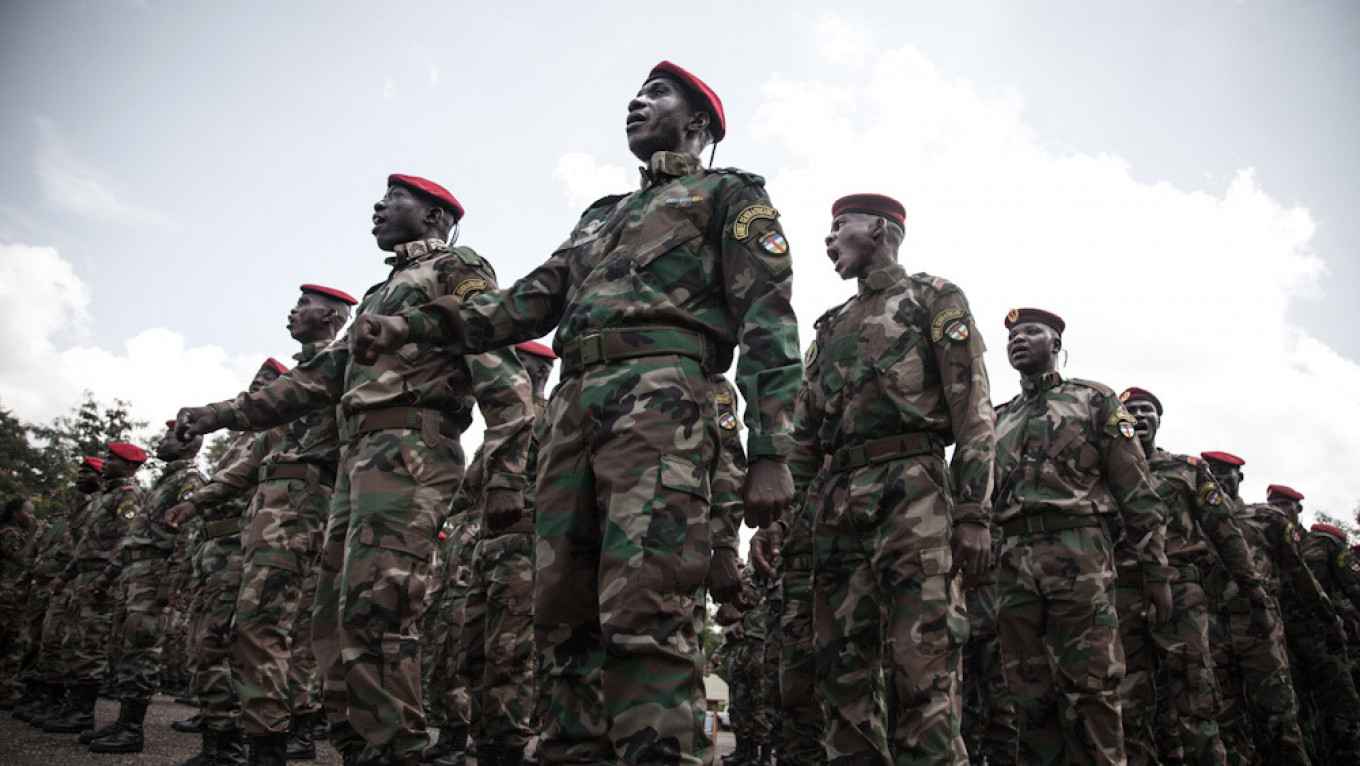 Russia’s growing role in the volatile Central African Republic was in the spotlight this week, after Moscow dispatched military instructors following a rebel threat to disrupt Sunday’s elections.

Moscow has led a diplomatic and financial offensive in the deeply troubled nation since 2018 in return for concessions given to its companies to exploit the country’s mineral wealth, especially gold and diamonds.

Russia has sent arms and is an open supporter of incumbent President Faustin Archange Touadera who is on course to win a second term in the legislative and presidential elections.

Touadera’s government recently signed a military cooperation agreement with Russia, while Moscow opened a military office in the country last year and sent four generals to oversee it.

The mining concessions have been farmed out to companies associated with Yevgeny Prigozhin, who is very close to Russian President Vladimir Putin.

Prigozhin is suspected to be the main financier of the private Russian security firm Wagner, whose men have been deployed across the country, according to experts, diplomats and non-governmental organizations.

At least 175 “military instructors” have been sent since 2018 to train the country’s soldiers and ensure Touadera’s safety.

But a week ago, when three main rebel groups threatened to march on the capital Bangui in what the government said was a coup attempt, Russia sent giant Antonov carriers packed with at least 300 military instructors to help the regular forces.

Moscow initially denied this but later admitted to dispatching the troops.

The Russian Foreign Ministry said it was “seriously concerned that the events of recent days have led to a sharp degradation of the security situation” in the CAR.

The actions of the three rebel groups had been “well coordinated and fed from the outside” and aimed at “disrupting the electoral process,” it said.

Several witnesses and NGOs have reported that the “instructors” were at the front fighting rebels.

In the middle of October, armored vehicles draped in the Russian and CAR flags patrolled the streets of Bangui.

The Russian instructors have been housed in Berengo, about 60 kilometers (40 miles) from the capital of the former French colony.

“The Central African Republic is not of great interest to Russia,” said Roland Marchal, a CAR expert at Paris’s prestigious Sciences Po.

“But this allows them to needle the French,” with whom they are at odds, especially in Syria and Ukraine, he said.

The war of ‘trolls’

A civil war erupted in March 2013 in CAR when mostly Muslim rebels in a coalition called Seleka stormed the capital and removed Francois Bozize, a Christian and former general who had seized power a decade earlier.

France sent in some 2,000 soldiers under a UN mandate. In 2014, the UN sent its own mission, MINUSCA, and in 2016 elections were held, won by Touadera, a technocrat educated in France.

France has since redeployed its troops to fight jihadists in the Sahel region.

“Foreign powers are interfering in domestic politics and sowing conflict in a competition to strip the country of its treasure and gain geostrategic advantage in this part of the continent,” it said.

Three Russian journalists investigating Wagner’s role in CAR were killed in July 2018. The investigation into their deaths is largely abandoned.

Earlier this month, Facebook pulled down more than 500 accounts, pages and groups from Facebook and Instagram originating from Russia and France targeting 13 African and Middle Eastern countries, including CAR.

Facebook categorized the foreign interference as coordinated inauthentic behavior on behalf of a foreign or government entity.

In CAR, the French- and Russian-linked disinformation groups engaged “with one another, including by befriending, commenting, and criticizing the opposing side for being fake,” it said.

The groups had links to Putin’s ally, Prigozhin, and the French military, it said.