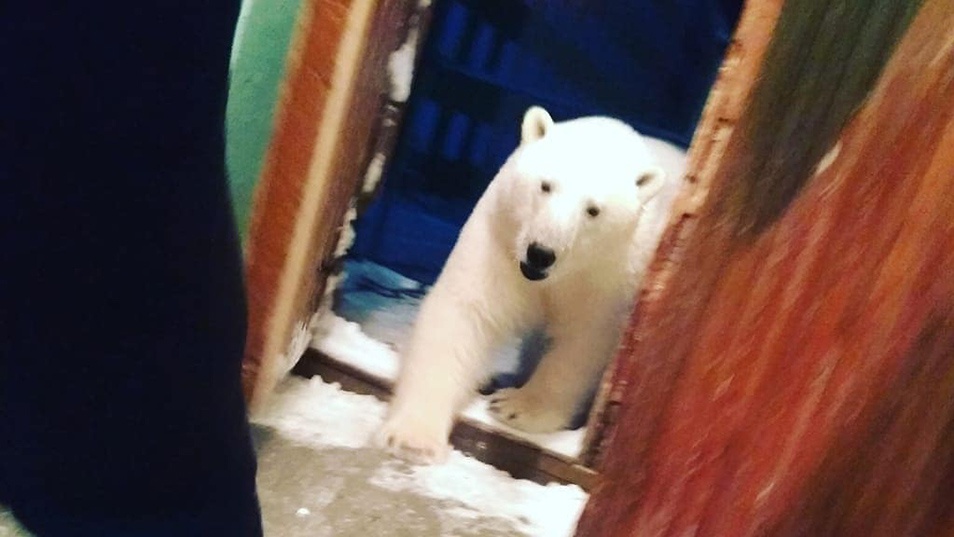 Authorities in Russia’s remote Arctic archipelago of Novaya Zemlya have taken measures to chase away a band of polar bears that had established a reign of terror over locals in recent days.

Photos and videos on social media showed polar bears entering apartment blocks and other living quarters and rummaging through garbage in the settlement of 3,000.

Authorities in the Arkhangelsk region, which oversees Novaya Zemlya, declared a state of emergency on Saturday due to the mass invasion of at least 52 polar bears.

Efforts to drive out the polar bears from the human habitat have partly paid off, Zhigansha Musin, the head of the municipal administration, told Russian media on Monday.

“We are chasing the bears away with the tools that we have,” the state-run RIA Novosti quoted Musin as saying. “Their number is now smaller than 50, [but] we can’t calculate [accurately] due to the weather.”

The authorities arranged transportation for the safe passage of children to and from kindergartens and of troops to and from military garrisons, he added.

Although Russia classifies polar bears as endangered species and bans their killing, regional authorities reportedly entertained the idea of shooting down the animals as “the only possible forced measure.”

WWF Russia, meanwhile, warned that the effects of climate change that have driven the polar bears to interact with the human population will also affect tigers and reindeer in Siberia and the Russian Far East.