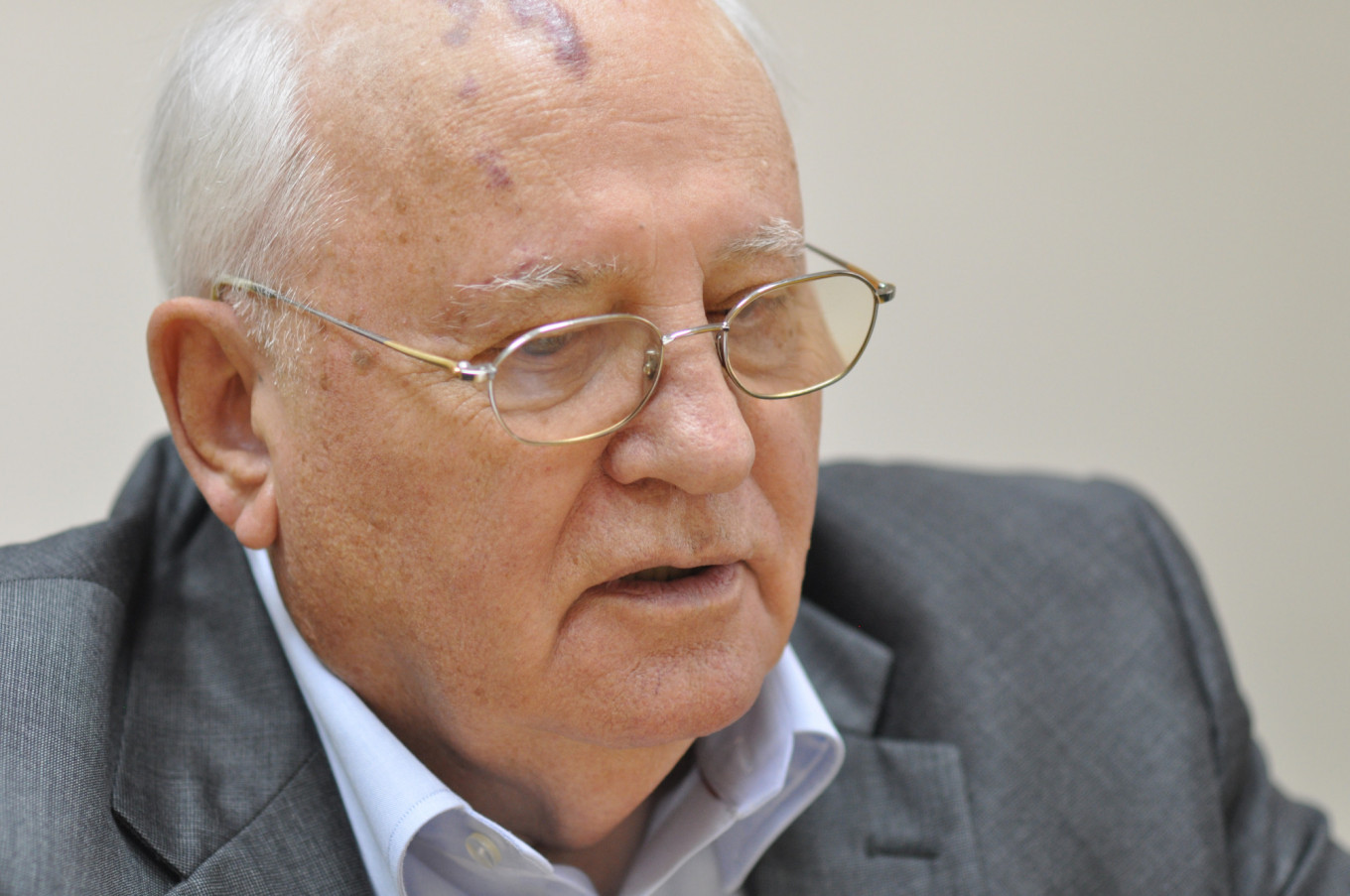 Mikhail Gorbachev, the last leader of the Soviet Union, on Monday published a new book titled “What is at stake: The future of the global world.”

The 88-year-old Nobel Peace Prize laureate’s new book touches on a wide range of topics, including his thoughts on Russia’s bruised relations with the West, the rise of global populism and what he views as the biggest threats to humanity.

Here’s a look at some of his most interesting quotes:

— “When Vladimir Putin became president, he inherited chaos. … I can’t imagine how one could act under the ‘textbook of democracy’ in these conditions to find a way out of an almost catastrophic situation. … The president of the country had no other choice but to take decisive actions. Some of his actions were interpreted as authoritarian and part of society was critical toward them. … If the aim of authority is to create conditions for developing a strong modern democracy, then I’m ready to support the president even if I disagree with some of his individual actions and decisions.”

— “The issue of transfer of power is relevant for Russia… The stability of the state structure and the prospects for the country’s development ultimately depend on the strength of political institutions, on the trust of people in them and on the influx of new forces into politics. Otherwise — inertia, stagnation and political apathy. We know from recent history what dangers they pose.”

On relationships with Western countries:

— “There’s no more important task in world politics than restoring trust between Russia and the West. In the West, it’s understood as necessary because it’s impossible to solve any serious international problem without Russia. But all responsibility for the current situation lies with Russia.”

— “I never hid my opinion: the decision to expand NATO was the biggest strategic mistake of the West and was a step toward destabilizing the military-political situation in Europe and beyond.”

“There are two dangers threatening humanity… The threat of devastating war using weapons of mass destruction and the threat of ecological catastrophe due to accelerating global warming. It’s no longer possible to deny that [climate change is] connected with human activity.”

— “The offensive of right-wing nationalist forces has become a pan-European and even transatlantic ‘movement.’ This movement has its own ideologists and powerful financial and media support. The electorate’s disappointment in the establishment has especially hit left-wing parties. And traditional right-wing parties are often forced to form coalitions with far-right parties… The result might be a new type of authoritarianism — more or less strict, but on a global scale. We have to admit that European social democracy could not fully anticipate this trend and so far has not found a convincing answer to it.”

Excerpts from this book were first published by the RBC news website.