The Great Patriotic War (the Heroic Defence of Odessa, the Partisan Movement, the Liberation of the City) 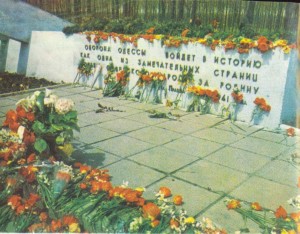