Thousands Rally in Moscow to Demand Release of Jailed Protesters 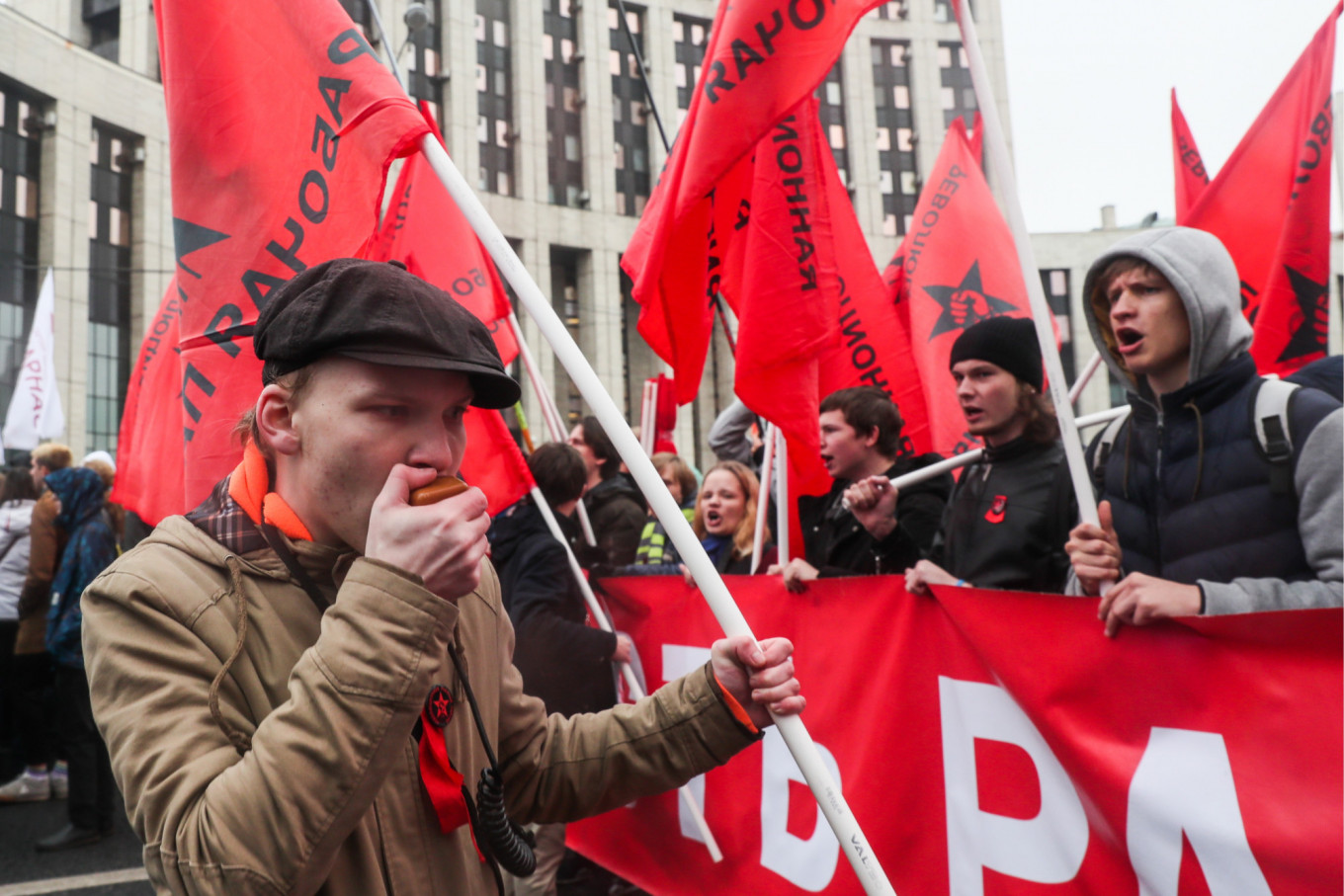 Thousands of Russians rallied in Moscow on Sunday to demand the release of protesters jailed in what Kremlin opponents say is a campaign to stifle dissent.

The protesters were arrested during demonstrations that began in July against the exclusion of many opposition candidates from a local election, and allegations of police brutality and what many Muscovites saw as harsh jail sentences have sparked an unusual public outcry.

Several people were sentenced to up to four years, and others are being prosecuted, for crimes such as violence against police officers.

In a rare step following the outcry, courts freed one person on bail and dropped charges against another. But President Vladimir Putin’s opponents say the moves may be a tactic to avoid wider concessions and want to step up pressure for others to be freed.

“If there are 50,000 people, they’ll let everyone out,” Volkov wrote on Twitter ahead of the rally.

A crowd of 18,000 people had been counted 30 minutes after the start of the rally, according to the White Counter group which monitors political protests.

The rally has been authorized by the Moscow mayor’s office, meaning mass detentions by police are less likely to happen.

The series of protests began in July when more than a dozen opposition-minded candidates were not allowed to run in a Sept. 8 election to Moscow’s city legislature on a technicality.

The police say people were detained or prosecuted for breaking the law and that the protests had to be dispersed as they had not been authorized and were illegal.

After his allies were barred from the vote, opposition leader Alexei Navalny called on supporters to vote tactically for opponents of the ruling United Russia party, regardless of their political stripe.

United Russia, which supports Putin, lost a third of its seats in the Moscow city assembly, a setback for the authorities that Navalny said was a victory for the Kremlin’s opponents even though the governing party kept its majority.

The rallies were the largest sustained protest movement in Moscow in almost a decade, peaking at around 60,000 people, before appearing to lose momentum.