TVEL Fuel company of ROSATOM and the Department of Atomic Energy of the Government of India signed the contract for supplies of uranium fuel pellets for the units of Tarapur NPP powered by BWR reactors.

According to the contract, in 2019, several dozen tons of the pellets produced by Machine-building Plant (MSZ JSC), a fabrication facility of TVEL Fuel Company in Elektrostal, Moscow region, will be shipped to India. The nuclear fuel bundles for Tarapur NPP will be manufactured at the National Fuel Complex in Hyderabad, Telengana state.

A pellet, a key component of nuclear fuel, is a pressed-powder uranium dioxide, previously enriched with U-235 isotope. Such fuel pellets, which need to be further loaded into fuel rods, are produced at fabrication enterprises of nuclear fuel cycle. 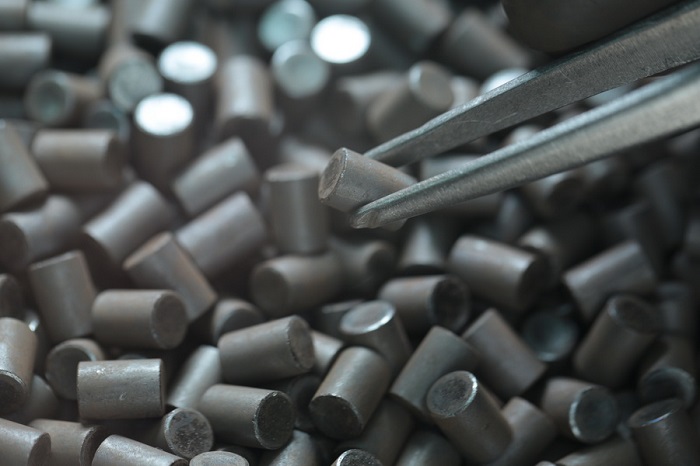 “TVEL Fuel Company of ROSATOM has already successfully fulfilled several similar contracts for exports of fuel pellets to India, including the ones for PHWR reactors. The fact, that the Indian side imports from Russia not commodities, but the ready-made elements of nuclear fuel for various non-Russian design reactors, is an evidence of the high trust level in our relationship, as well as the competitiveness of the Russian market offer both technically and commercially”, Oleg Grigoriyev, senior vice-president for commerce and international business at TVEL JSC, commented.

In the Indian market, TVEL JSC also provides shipments of complete fuel bundles for the Russian-made VVER reactors at the two operating units of Kudankulam NPP, under the long-term contract with Nuclear Power Corporation of India Limited.

Tarapur NPP in Palghar district, Maharashtra state, is the first commercial nuclear power plant in India commissioned in 1969. Currently it is powered by two 150 MWe BWR reactors and two 490 MWe PHWR reactors (according to WNA data).

TVEL Fuel Company of ROSATOM incorporates enterprises for the fabrication of nuclear fuel, conversion and enrichment of uranium, production of gas centrifuges, as well as research and design organizations. It is the only supplier of nuclear fuel for Russian nuclear power plants. TVEL Fuel Company of ROSATOM provides nuclear fuel for 72 power reactors in 14 countries, research reactors in eight countries, as well as transport reactors of the Russian nuclear fleet. Every sixth power reactor in the world operates on fuel manufactured by TVEL.