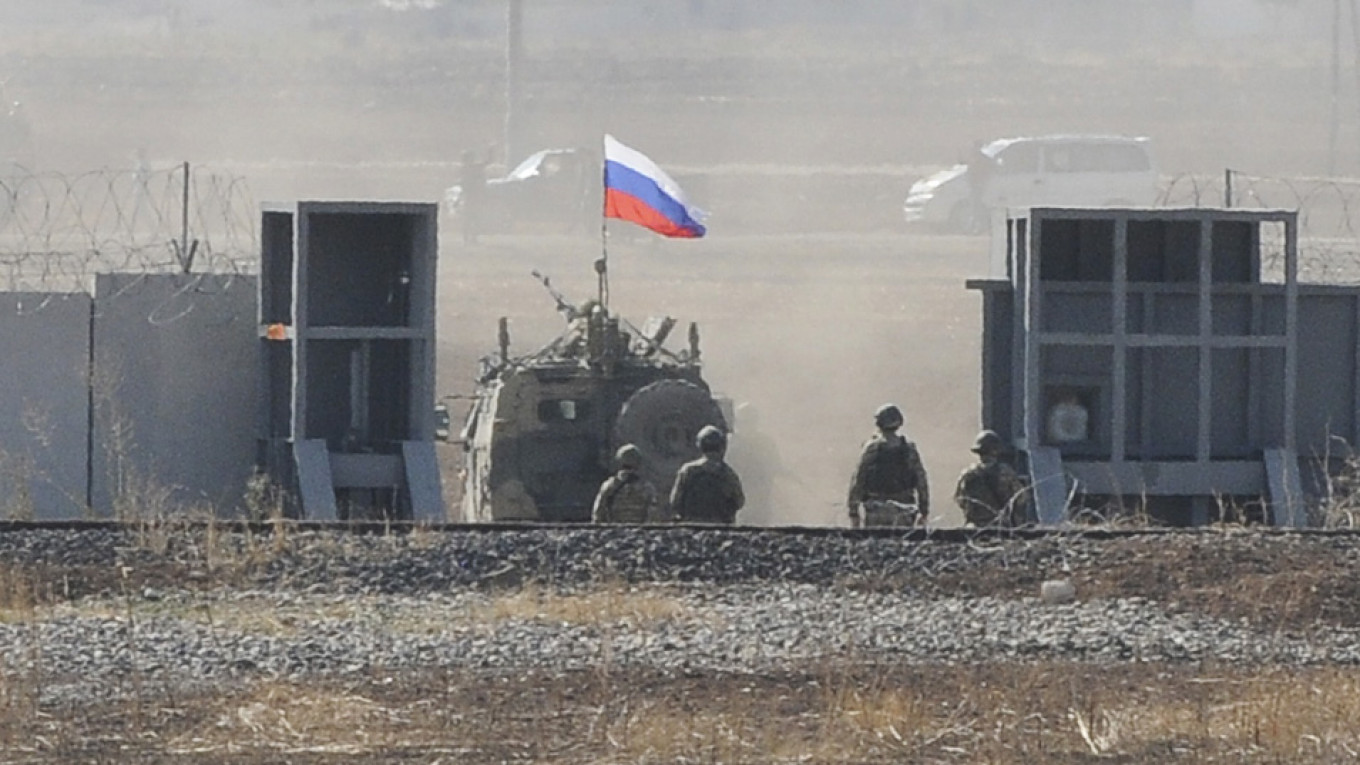 The United States on Wednesday stepped up warnings to Russia over its Syria policy, saying Moscow was trying to challenge the U.S. presence in northeastern Syria by violating the terms of a de-confliction agreement and was also helping escalate the fighting in the northwestern province of Idlib.

James Jeffrey, U.S. special envoy for Syria engagement and fight against Islamic State, said the United States was “very very worried” about the Syrian government assault, backed by Russia, on Idlib, and he repeated calls on Moscow to stop it.

“This is a dangerous conflict. It needs to be brought to an end. Russia needs to change its policies,” Jeffrey said.

The United States, France and the United Kingdom called for a United Nations Security Council meeting on Thursday to discuss the situation in Idlib.

President Donald Trump softened his plans to pull out U.S. troops from Syria after backlash from Congress, and has kept around 600 troops, largely in northeastern Syria to continue the fight against Islamic State.

However, in northwestern Syria, the United States has no troops on the ground and thus little leverage on Russia or the Syrian government in asserting its position.

The Idlib violence has accelerated in recent months despite several ceasefire efforts, including as recently as January.

On Wednesday, Syrian government forces entered Saraqeb in Idlib, a war monitor and eyewitnesses said, in a renewed push by President Bashar al-Assad to recapture the last rebel stronghold.

“We’re seeing not just the Russians but Iranians and Hezbollah actively involved in supporting the Syrian offensive. We don’t know whether the offensive is just to get to the M4-M5 road, or it may continue further,” Jeffrey said, in reference to the strategic highways connecting Syria’s Aleppo to Hama and Latakia on the Mediterranean coast.

Jeffrey said Moscow could change its policies and meet the requirements of the international community without ousting Assad. “Those requirements are not unreasonable. … They require a change in that (Assad) government’s behavior. That government would not survive a week without the Russian assistance.”

Northeastern Syria is a complicated battleground with forces of the United States, Turkey and Russia as well the Syrian government and aligned Iranian militia operating, sometimes in close proximity.

Moscow has been filling the vacuum of U.S. withdrawal from the area, ramping up its military presence in Syria’s northeast, and de-confliction agreements between the two sides ensure they avoid any clashes.

But Jeffrey on Wednesday said there have been more incidents of Russia’s violating the terms of de-confliction in what he characterized as an attempt to challenge the U.S. presence in there.

“We’ve seen a limited number of occasions where … they’ve tried to come deep into the area where we and the SDF are patrolling well inside the basic lines we have sketched. Those are the ones that are worrying me,” he said, referring to Kurdish-led Syrian Democratic Forces (SDF) that works with Washington in northeastern Syria.

He said while the numbers of such incidents were not very high, they were on the rise. “Thus is troubling,” he said, and called on Moscow to adhere fully to the de-confliction agreements with the United States.