Odessa as a Science. 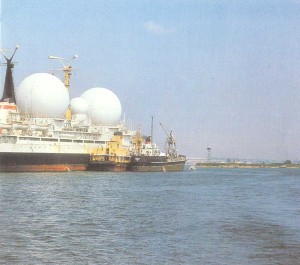 Odessa as a Science.
The scientists of Odessa are making a notable contribution to many fields of science, technology and medicine, including plant selection and genetics, the biology of the southern seas and microbiology, chemistry, physics, astronomy and the social science.
Thanks to its highly-qualified science personnel, Odessa has become a major science centre of the Ukraine. Since has been the site of the Southern Science Centre of the Ukrainian Academy of Sciences coordinating the work of dozens of research institutes in the Odessa, Nikolayev, Crimean and Kherson regions.
The Odessa Research Institute of Eye Diseases and Tissue Therapy was founded in 1936 by Vladimir Filatov and is named after him. It is a world-famous medical institution and the biggest eye hospital in the country.
The All-Union Institute of Plant Selection and Genetics plays an important part in the city’s scientific life and is one of the biggest agricultural research centres in the country. The varieties of wheat, maize,
barley and other cereals developed by the Institute are widely used in the Soviet Union and many other countries of the world. The Institute also acts as the coordinating centre for the CMEA countries in developing the theoretical background for plant and seed selection, and high-yield breeds and hybrids of agricultural crops.
The Institute has its own phytotron, an artificial climate station. It is one of the world’s biggest and helps advance selection work greatly, since scientists can follow the behaviour of plants in different climatic conditions, etc.
The Astronomical Observatory of the Mechnikov University is well known both in this country and abroad. For more than 30 years it has studied variable stars. In keeping with a decision of the International Astronomical. Union Odessa is one of the two world centers engaged in variable star observations and its scientists have compiled an Atlas of Variable Stars. They have also developed new types of telescopes.
The Institute of Physical Chemistry of the Ukrainian Academy of Sciences plays an important role in the national economy. It developed a new nbranch of chemistry for use in the chemical industry which led to the production of new substances and materials, catalysts, drugs, and effective means for combatting pollution of the environment.
The Ukrainian Research Institute of Viticulture and Wine-Making named after its founder A. I. Tairov is the first such institute in the country and is doing a big job in developing new varieties of grapes and new wines. Its collection comprises more than 1,600 varieties of grapes from different countries of the world.
The Odessa Department of the Kovalevsky Institute of the Biology of Southern Seas studies the Black Sea shelf (the shallow region to a depth of 150-200 metres) and notes how man’s activities are affecting the seas and the oceans.
The Institute has to its credit a number of important discoveries in the field of the biological structure of the sea and the functioning of marine communities in contemporary ecological conditions.
It trailblazed the discovery and studies of neistons (communities of organisms in the near-surface layers of the sea), which play an important part in the reproduction of biological resources.
The Odessa Department of the Institute was the first to describe and explain the numerical explosion of monocell seaweeds (red tides), medusae and other important biological phenomena in the life of the sea.
Odessa has given the country many talented people, including quite a number of world famous scientists; such as the bacteriologist llya Mechnikov, the physiologist Ivan Sechenov, the embryolo-gist Alexander Kovalevsky, the physicist Nikolai Umov, the historians Fyodor Uspensky and Robert Wipper, the Slavist Victor Grigorovich, the mathematician Alexei Lyapunov, the physicist and meteorologist Alexander Klosovsky, the chemist Nikolai Zelinsky, and the bacteriologist Vladimir Khavkin.
There are fifteen higher educational establishments and twenty-six technical schools in the city with a student body of more than 120,000. They are tomorrow’s teachers, engineers, singers, musicians, architects, agronomists, doctors, economists and ship navigators. The Mechnikov State University in Odessa is one of the oldest in the country.
As a major port, Odessa does its share in training young people for sea-faring careers. Its marine educational establishments have about 15,000 students.