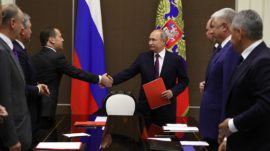 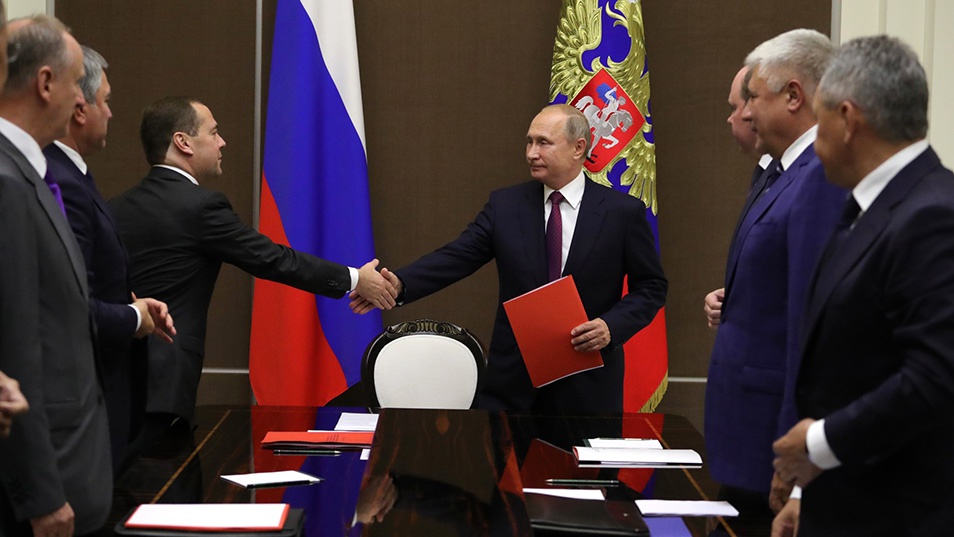 The Trump administration is helping Vladimir Putin achieve a goal that’s eluded him for almost two decades — getting Russia’s billionaires to start repatriating some of their assets.

Relatively muted sanctions imposed during the Obama era over the conflict in Ukraine have only widened in scope and severity since Trump took office last year. The unpredictability of both the White House and Congress is forcing Russians to move money into state-run banks and rejig the offshore superstructure that’s sheltered fortunes here since communism’s collapse.

Tycoons and their executives say the rush to move assets beyond the reach of the U.S. Treasury started with the biggest enterprises in April, when Oleg Deripaska and Viktor Vekselberg and their companies lost billions within hours of being hit with the harshest penalties to date. Now the trend is accelerating, spurred by the threat of even more draconian measures over Russia’s alleged election meddling and nerve-agent attack on a turncoat spy in England.

“It’s toxic to be Russian,” said Oleg Vyugin, a former senior central bank official who is now chairman of the Moscow Exchange. “And the richer you are, the more toxic you are.”

Most of Russia’s biggest non-state exporters have emptied their accounts in the U.S. and Europe, with many transferring funds to state-run banks or local units of European lenders, several people familiar with the matter said. The central bank doesn’t publish statistics specifically on repatriated funds, so it’s difficult to know exactly how much money companies are bringing back.

But Sberbank PJSC, Russia’s largest lender, just reported a 17 percent jump in corporate holdings in all currencies in January through August, to the equivalent of about $98 billion. And balance-of-payment data show Russia’s private sector brought more financial assets home than it sent overseas in the second quarter for only the third time since sanctions started in 2014.

Putin in June renewed his call for rich Russians to bring capital back to “where it’s earned” to the benefit of the motherland. But the problem is that Russia’s stagnant and increasingly state-dominated economy offers few prospects that would justify the level of investment Putin needs to achieve the “decisive” breakthrough he’s seeking in his final term, which runs to 2024.

A sanctioned shareholder of a company with close ties to the Kremlin summed up the current climate by recounting a recent conversation he had with his personal asset manager. The manager called to congratulate him on a good year — good because he hasn’t invested in anything so he’s got nothing to lose.

What efforts the government has made to ease the repatriation process haven’t been encouraging. The special sale of a Eurobond in March raised just $200 million, or 5 percent of the target. And so far there’s been little interest in the two “offshore” zones inside Russia the government created to encourage the relocation of overseas companies by offering tax-free dividends in exchange for full transparency.

With no comprehensive plan for assistance from the government, companies are being left to prepare for tougher U.S. measures on their own. The penalties on Deripaska, in particular, shocked boardrooms across Russia into action. The billionaire’s United Co. Rusal, the biggest aluminum supplier outside China, was almost forced to halt production after international banks froze the accounts of companies he controls regardless of the currencies they held.

“It showed how any international business can be brought to its knees in a second,” said Slava Smolyaninov, a strategist at BCS Global Markets in Moscow. “That was a real eye-opener for many tycoons.”

Since then, exporters that have long dealt mainly in dollars, which dominates global trade, have taken steps to minimize their use of the U.S. currency. They still hold substantial amounts of dollars and euros for commercial purposes, but they’re starting to stockpile rubles for emergency use or future payouts to their owners.

Russian Clients May Not Get Dollars Back If New U.S. Sanctions Hit, VTB Head Warns

Mining giant MMC Norilsk Nickel PJSC, whose shareholders include three billionaires — Deripaska, Vladimir Potanin and Roman Abramovich — held almost all of its cash deposits in foreign currencies just a few years ago. Now it holds more than half in rubles, about $1.5 billion worth, and is planning a record $1.8 billion interim dividend for the first half.

While there’s no sign Russian companies are preparing to abandon the dollar altogether, major exporters are increasingly asking lenders to allow dollar loans to be repaid in other currencies if they suffer the same fate as Rusal. They’ve also been testing the appetites of foreign counterparties for settlement in alternative currencies.

Diamond monopoly Alrosa is already selling gems to some Asian clients in rubles, after accepting rupees from an Indian customer for the first time. At least one major metals company is selling more of its output for euros and experimenting with sales in Chinese yuan.

But it’s not just money that’s being repatriated. Moving corporate registrations home is becoming a lucrative business. Alexey Mordashov and Alisher Usmanov are just two of the billionaires who’ve transferred stakes in major enterprises to Russia-registered companies in the last few months.

By some estimates, sanctions-related legal and consulting work is now a $100 million-a-year industry in Russia. And the boom shows no signs of ebbing, according to Ilya Rybalkin, who started his own practice this month with a dozen other lawyers who left western firms to join him.

“Demand for high-end legal services and lawyers who can navigate their clients through the hostile environment of sanctions is only going to grow,” Rybalkin said in an interview in Moscow.

Moscow’s Circle of Light Festival, in PicturesTVEL Fuel Company of ROSATOM will supply a qualification batch of superconductors for the Future Circular Collider