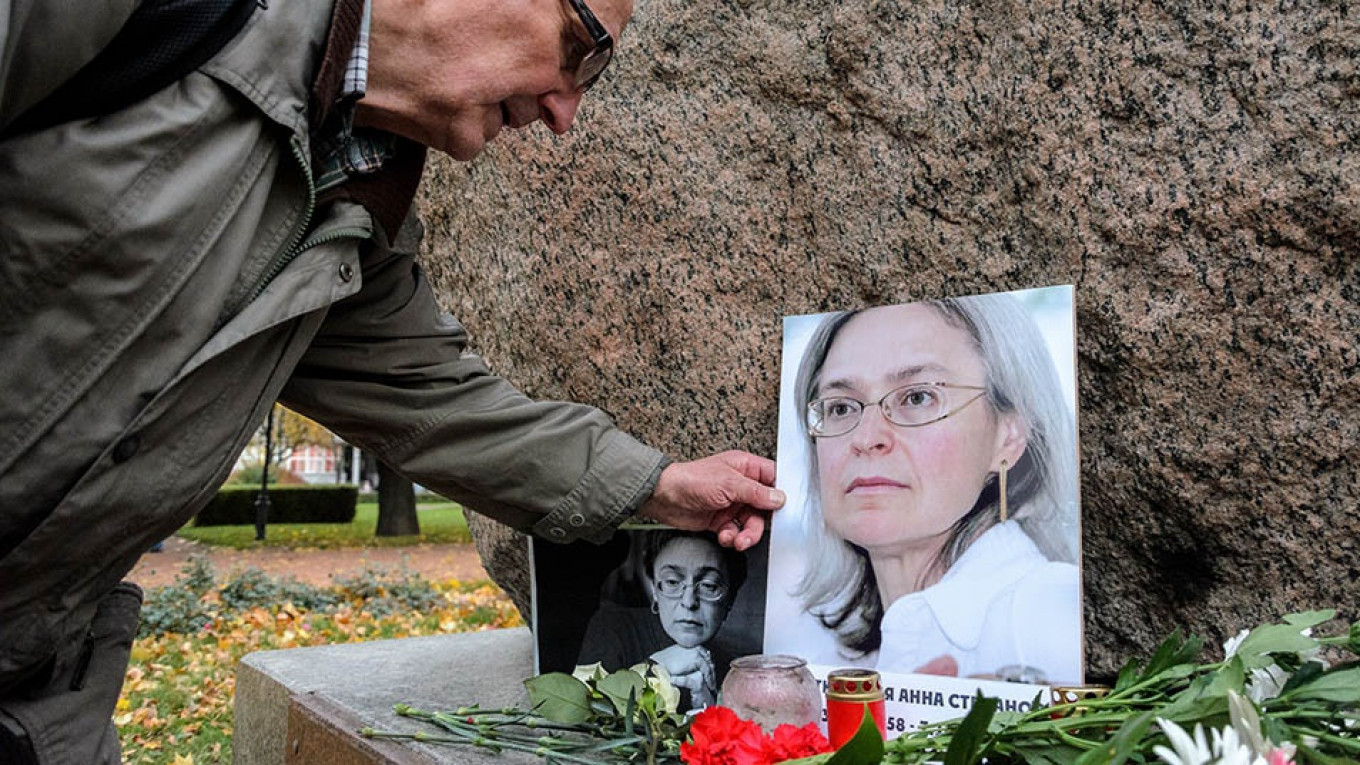 The number of attacks and threats on Russian journalists by the authorities has more than doubled since 2017, according to a new report published by the international Justice for Journalists NGO on Monday.

The report was published to mark the 13th anniversary of Novaya Gazeta journalist Anna Politkovskya’s murder. While five men were sentenced to prison for her assassination, it’s still unclear who ordered the killing.

The number of publicized nonphysical cyberattacks and threats has increased from 70 incidents in 2017 to over 160 in 2019, Justice for Journalists said in its report.

The organization said that most Russian journalists view these attacks and threats as an inevitable part of their professional lives and are less likely to report them as a result.

Fourteen media workers have died from physical attacks during the research period, the NGO added. Six of them were classified as murders, while the rest were labeled as suicides, fatal accidents or sudden unexplained deaths.

Journalists’ largest threat comes from the authorities, the organization said, and these threats come primarily from legal and economic mechanisms. The authorities’ primary methods of attack are arrests, detentions, prosecution, searches, questioning and incarceration. The report said that the number of detentions of media workers in particular has tripled since 2017, likely due to increased crackdowns against journalists covering protests.

Justice for Journalists analyzed 435 attacks and threats against Russian journalists and carried out a survey of over 100 media workers in the country to produce its report.