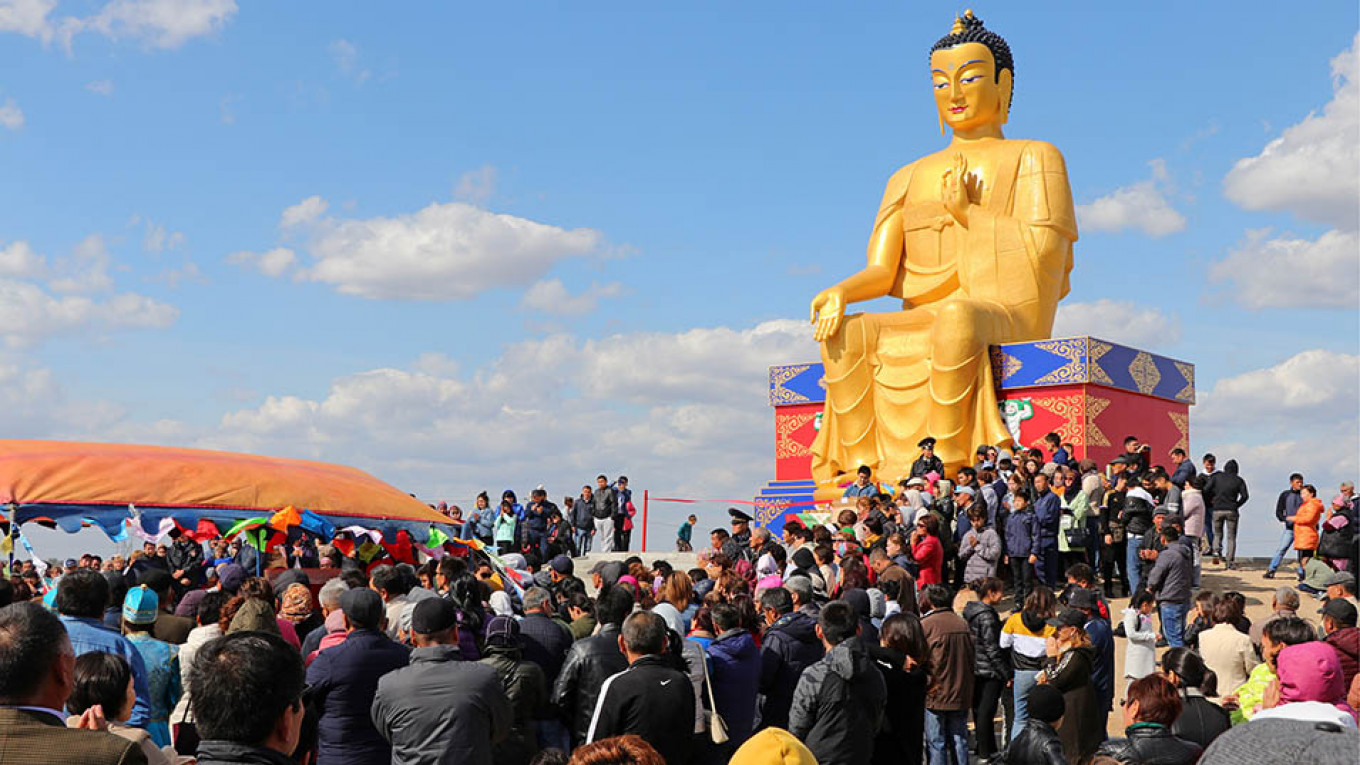 Russia is now home to the tallest Buddha statue in Europe.

The 30-ton golden monument to the Maitreya — a bodhisattva who will appear in the future — was unveiled in Russia’s Buddhist stronghold of Kalmykia on Sunday.

Sitting at 12.5 meters tall, the Russian Buddha in the Kalmyk city of Lagan overtakes the 10-meter Buddha tucked away in the Pagode de Vincennes of Paris.

Buddhism is one of five religions considered to be traditional to Russia.

An estimated 1 million Buddhists live in Russia, mainly in the republics of Kalmykia, Tuva and Buryatia where the religion is traditionally practiced.