Kyrgyzstan Populist on Course for Victory in Presidential Vote 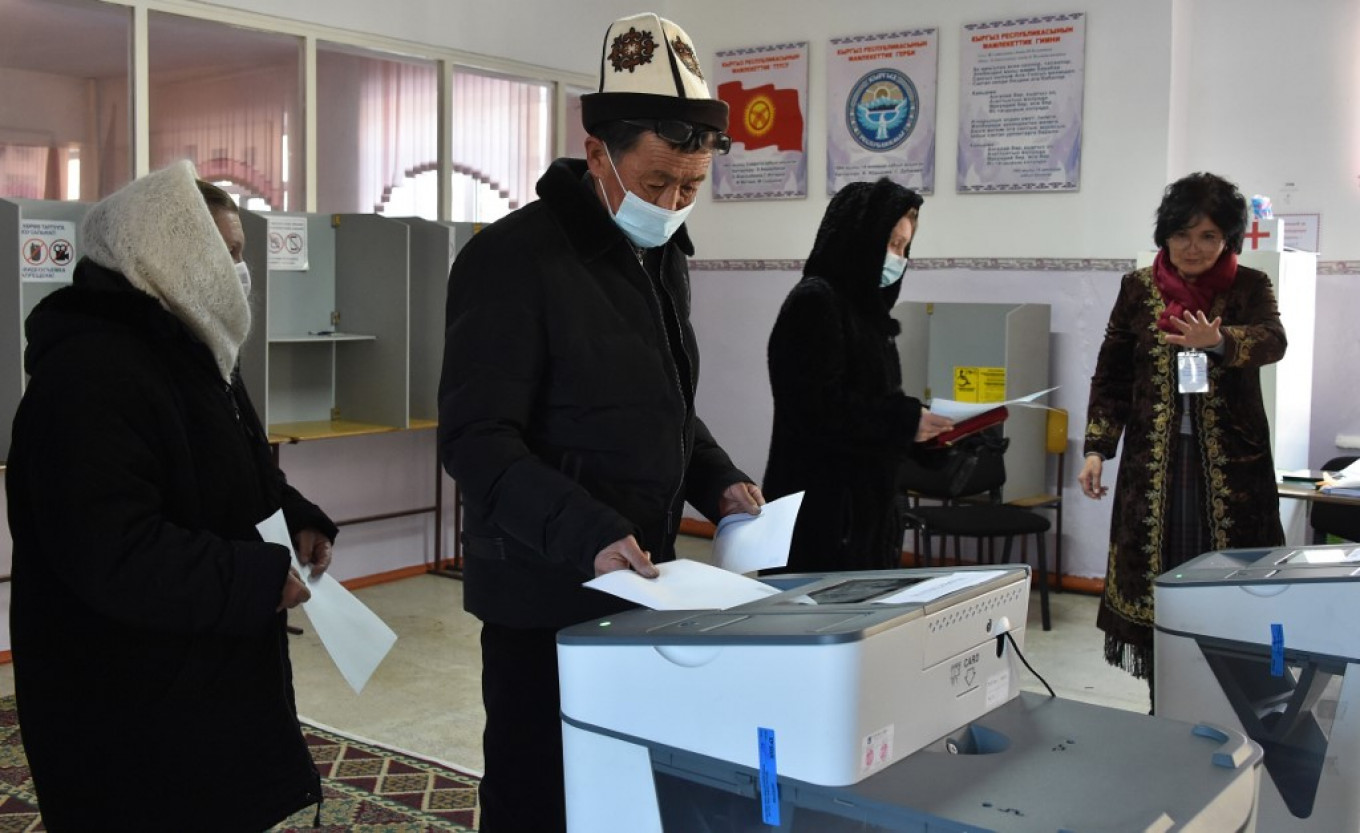 Populist Sadyr Japarov was on the path to an easy win Sunday in Kyrgyzstan’s presidential election, the first vote following recent political upheaval in the Central Asian country.

Results published by the ex-Soviet country’s Central Election Commission (CEC) showed Japarov with close to 80% of the vote after an automated count.

A referendum held in parallel showed Kyrgyz strongly preferring presidential rule, which would grant Japarov sweeping powers when a new constitution is passed, most probably later this year.

The referendum vote spells the end of political system adopted a decade ago to tame authoritarianism after two successive strongman presidents were ejected from power during street protests in 2005 and 2010.

Just over 10% supported a parliamentarian system.

Japarov, 52, was serving jail time on hostage-taking charges when protests in October saw him freed by supporters and propelled to the top of the political pyramid.

Japarov’s journey from prison to the presidency is an example of the dramatic changes in political fortunes in the Central Asian country that is both more unpredictable and pluralistic than its authoritarian neighbours.

As results trickled in, portable toilets and a stage were set up on the main square of the capital Bishkek — the scene of clashes between police and protesters that left one protester dead in October — as supporters gathered to mark his victory.

Critics of Japarov, who became acting leader during the unrest, fear his victory and the vote for presidential rule could tip Kyrgyzstan towards the authoritarianism dominant in ex-Soviet Central Asia region.

In Bishkek, where cold winters usher in a thick blanket of smog courtesy of polluting heating systems and ageing transport, many voters had said they intended to back Japarov at the ballot box.

“He has promised to raise salaries, pensions,” said Vera Pavlova, 69, who admitted that she knew little about other candidates.

“I haven’t seen their posters anywhere. Only Japarov’s.”

Japarov has styled himself as an uncompromising opponent of organised crime and systemic corruption and lashed out at critics who speculated that criminal networks helped his rise to power.

But he struck a unifying tone in his last campaign appearance on Friday in Bishkek.

“Let us come together … treat each other with understanding and respect. We are one country, one people,” he told crowds of several thousand people.

With a threadbare economy battered by the coronavirus pandemic, Kyrgyzstan’s next leader is likely to be even more dependent on Russia — a destination for hundreds of thousands of Kyrgyz migrants — and neighbouring economic giant China.

Russian President Vladimir Putin recently described the overthrow of the previous government as a “misfortune” and also chided Kyrgyz politicians for attempting to imitate Western democracies.

Beijing’s ambassador met with Kyrgyz officials several times last year to discuss protection for Chinese businesses, some of which were attacked during the unrest.

Mountainous Kyrgyzstan’s votes are more competitive than in its ex-Soviet neighbours, but they have rarely offered an even playing field.

The crisis that allowed for Japarov’s overnight rehabilitation and rise to power was sparked by vote-buying campaigns favouring former president Sooronbay Jeenbekov.

Jeenbekov resigned at the insistence of Japarov’s supporters and after agreeing to sign off on Japarov’s election as prime minister by parliament.

Japarov also became acting president following the resignation during the political chaos but he stepped down from both roles to compete in the vote.

Yet rivals complained that his campaign benefited from the resources of the state, where his allies now occupy top posts.

The pensioner noted that Japarov had failed to show up for televised debates between candidates and accused him of “hiding from the people.”