On This Day Victims of Political Repressions Are Honored 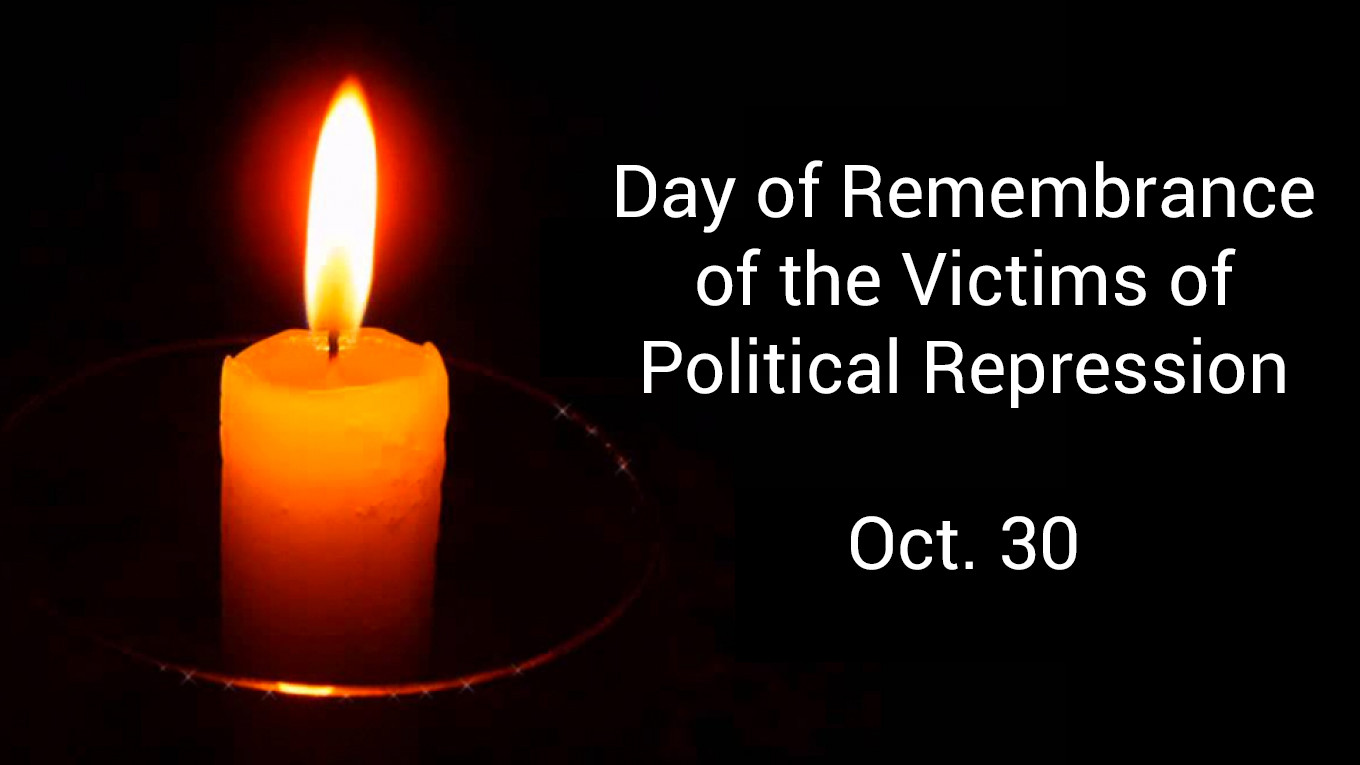 On Oct. 30, 1974 a group of dissidents imprisoned in Soviet labor camps in Mordovia and Perm declared the date the Day of the Political Prisoners in the U.S.S.R.

Led by Kronid Lyubarsky, the prisoners put forward a list of demands, which included recognition of political prisoner status; separation of political prisoners from criminal convicts and war criminals; abolition of restrictions on correspondence, including correspondence with other countries; abolition of restrictions on parcels and gifts; provision of full medical services for the prisoners; an increase in the number of permitted visits by relatives and permission for visits by friends; provision of opportunities for creative work for writers, scholars and artists; permission to register marriages, and permission for prisoners to talk in their mother-tongue in the camp and during meetings with relatives.

That evening in Moscow, Andrei Sakharov and the Action Group for the Defense of Human Rights in the U.S.S.R. held a press conference for foreign correspondents to publicize the prisoners’ demands.

Over the next decades the day was marked in Moscow and other cities with unofficial ceremonies, which grew bolder toward the end of the Soviet era. For example, in 1989 thousands of people holding candles formed a living chain around the KGB headquarters and then tried to make a procession to Pushkin Square, but were prevented by OMON.

Finally, in 1991 the Russian government declared the date the Day of Remembrance of the Victims of Political Repressions. Ceremonies to honor the memory of anyone who suffered under the Soviet regimes, be it from collectivization, exile, arrest or execution, began to be held in many cities and sites of executions around the country. In Moscow they were held at the Solovetsky Stone, a monument from the first labor camp.

However, by 2007 the government had begun to repress and incarcerate citizens for their political views again, and many human rights activists objected to participation in official state ceremonies.

For that reason, the Memorial society began to honor victims the day before, on Oct. 29, with a moving ceremony called “Returning the Names,” in which anyone who wishes can stand in line — often for hours — and read the name, age, profession and date of execution of victims of political repressions.

“People were executed secretly. We make the memory of them public,” Memorial declared.

In 2017 a new monument designed by Georgy Frangulyan called the Wall of Grief was opened on Sakharov Avenue by President Vladimir Putin and Patriarch Kirill of the Russian Orthodox Church. However, in Moscow the Solovetsky Stone remains the traditional place to honor the victims of state repression and terror.